PGE has announced a strategy to go 100% renewable by 2050, but it depends on passing responsibility for coal mines to another Polish state-owned entity 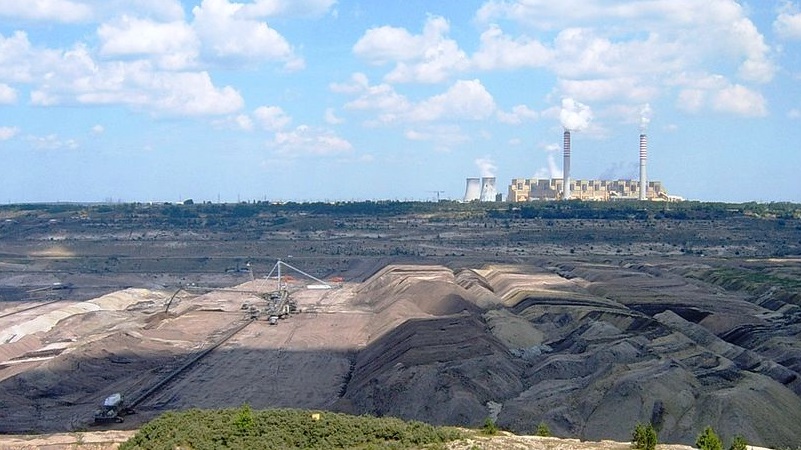 PGE runs this lignite mine in Bełchatów (Picture: MaKa)

Poland’s largest utility has said it wants to get rid of its coal assets and invest in renewables, becoming carbon neutral by 2050.

PGE, which is majority state-owned, revealed plans on Monday to transfer its coal mines and power stations to a new state-owned entity. The strategy depends on the Polish government agreeing to manage the coal business and the European Commission giving approval for state aid, which are both uncertain.

“Within a decade, the PGE Group will become a completely different company,” said PGE president Wojciech Dąbrowski in a statement on the new strategy.

Currently, more than 80% of PGE’s electricity generation is based on coal. This has made it difficult for the company to attract financing as many banks have vowed not to support coal.

In response to an investor question, Dąbrowski reportedly said that if it did not separate its coal assets, the business would go bankrupt in a year and a half.

Analysts praised PGE’s enthusiasm for renewables but said the company should take responsibility for closing down its coal assets, not pass them to another arm of the state.

“It means that this coal phase-out and shutting down coal power plants and lignite mines will be on Polish taxpayers,” said Robert Tomaszewski, energy analyst at Polityka Insight. “We’re going to pay for it.”

Alexsandra Gawlikowska-Fyk, an analyst with Warsaw-based Forum Energii, added: “PGE is just saying ‘OK we don’t want this coal anymore, let the Polish state carry the issue of coal phase-out’. This shouldn’t be the case. PGE should take responsibility because these are their assets.”

Greenpeace characterised it as “just a transfer of dirty assets from one pocket to another” and as “an escape from responsibility for the real transformation necessary to counteract the climate crisis”.

The company also plans to invest in fossil gas which its president Wojciech Dąbrowski sees as a “transition fuel” for the next 20 years. Gas is less polluting than coal when burned, but methane leaked in the extraction process can worsen its climate impact.

Tomaszewski said PGE’s CEO told him that the company hopes to transfer the gas plants to hydrogen by around 2040. Hydrogen can be produced with renewable energy.

Dave Jones, from the Ember think tank, told Climate Home that, given PGE is historically a coal company, this announcement is “really inspiring” and Gawlikowska-Fyk called it a “bold decarbonisation strategy”.

Tomaszewski said that “in Polish circumstances” it was extraordinary for a state-owned company to declare climate neutrality before the government. Poland is the only EU country not aiming to reach net zero by 2050.

The Polish government and coal mining unions recently agreed to stop mining hard coal by 2049. The effect of this on PGE is limited, as it mainly mines lignite, a lower quality, more polluting type of coal.

Tomaszewski said that lignite mines were likely to close down “much faster” than hard coal because existing concessions are nearly exhausted.

He added that other energy utilities in Poland would transition from coal to renewables. “It is inevitable,” he said. “If they want to borrow money in a cheap way, they have to do this.”

This article was amended to clarify Karl Zammit-Maempel’s role.