With hours to the deadline, Nigeria became the 144th country to ratify the Doha Amendment, ensuring it would come into force before it expires this year 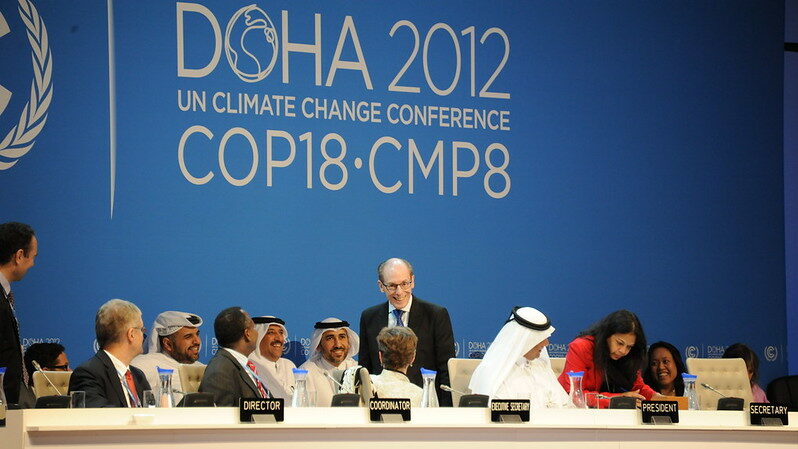 The Doha Amendment will come into force this year after Nigeria became the 144th country to ratify the climate treaty on Friday, in a last-minute scramble to tie the loose ends of the Kyoto Protocol era.

UN Climate Change confirmed Nigeria had formally endorsed the climate treaty hours before a deadline that required 144 of the 192 signatories to ratify the deal for it to come into force on 31 December 2020 — a day before it is due to expire.

The 1997 Kyoto Protocol set binding climate targets for developed countries. The amendment signed in Qatar in 2012 extended their obligations and created a second commitment period for 37 countries to cut their emissions from 2013 to 2020.

An incredible milestone! With 144 parties now signed, the Doha amendment enters into force. This is fantastic news for our process @UNFCCC towards #ClimateAction. Many thanks Nigeria 🇳🇬 @MBuhari for your ratification!

In the last few weeks, UN Climate Change head Patricia Espinosa had been encouraging countries to expedite the ratification of the amendment. “It’s about fulling commitments,” she said.

Jamaica was another late mover, rushing to endorse the treaty on Thursday.  “Jamaica steps up Usain Bolt speed,” the country’s climate change division said in a tweet, announcing it was formally submitting its instrument of ratification to the UN.

While it has some implications for carbon accounting, the Doha amendment’s entry into force is mostly symbolic. It provides closure to the climate regime established in Kyoto as the world moves to implement the Paris Agreement, which requires every country to contribute climate targets.

“While we would have preferred a much different ‘ending’ of the Kyoto Protocol, it played a critical role in its first period by driving innovation, raising awareness and catalysing climate action,” Yamide Dagnet, director of climate negotiations at the World Resources Institute, told Climate Home News.

Its lessons on measuring, reporting and reviewing emissions reductions should continue to inform the implementation of the Paris Agreement, she said. But “those most responsible for the climate crisis should have taken the lead in reducing emissions and it is deeply disappointing that many of them did not,” she added.

Although the US signed the protocol, it never ratified it. Japan, Russia, and Canada refused to take part in the second commitment period.

Under the Doha Amendment, countries were collectively required to cut emissions by at least 18% below 1990 levels by 2020. Recent data analysed by UN Climate Change shows the 37 developed countries had reduced emissions 25.3% by 2018.

Countries were allowed to offset emissions by investing in carbon-cutting projects in poorer nations and most developed countries have fulfilled their commitments.

UN Climate Change is expected to publish a formal review of countries’ carbon-cutting efforts during the period to 2020.

The Doha targets were far from enough to reverse emissions’ upwards trend. In fact, global emissions rose significantly during that time.

A 2019 report by the UN Environment Programme found that current level of global greenhouse gas emissions were almost exactly at the level of emissions projected for 2020 under a scenario which assumed the world would put no new climate policies into place from 2005 onwards.

While failure to ratify the amendment may not have been consequential for advancing climate action, it would have undermined trust in the climate negotiations process, analysts say.

Mark Lutes, senior advisor on global climate policy for WWF, wrote in a blog post that the entry into force of the Doha amendment was “about more than just tying up loose ends, and more than avoiding an embarrassing gap in the global climate regime because not enough countries could be bothered to push their ratifications through”.

“It is also about demonstrating that they take seriously the pre-2020 period and its commitments that end this year,” he said.

And yet, most of the countries that have not ratified the amendment are developing countries, which had no such commitments to fulfil.

The Kyoto era may have some spill over into future climate negotiations.

Australia has proposed using credits from overachieving its Kyoto target to meet its 2030 climate target under the Paris Agreement, which would allow it to considerably slow the shift to clean energy. The bulk of those credits would come from the second commitment period.

Nine international and climate law professors have previously written to the Australian government warning this was inconsistent with international law and would set “a dangerous precedent” for other countries to “exploit loopholes or reserve their right not to comply with the Paris Agreement”.

It has become a point of contention in the UN climate negotiations and Australia has come under repeated pressure from the international community to abandon the plan.

Negotiations on the issue are expected to continue at the Cop26 climate talks in Glasgow, UK, in November 2021.