Ministers from China, EU and other major economies outlined plans to build back better after the coronavirus pandemic at a meeting convened by Japan 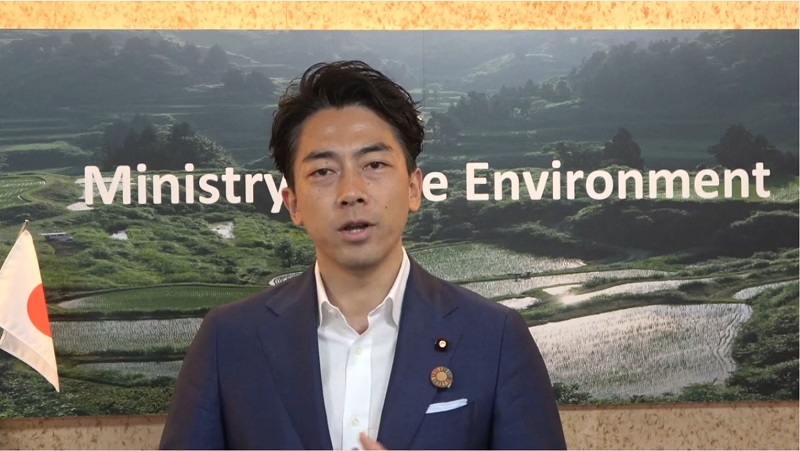 Major economies promised to recover green after Covid-19 and accelerate climate action during a virtual ministerial meeting hosted by Japan on Thursday.

Japan’s environment minister Shinjirō Koizumi convened ministers from across the world to launch an online tool for countries to share their experiences in designing climate-compatible recovery packages for their economies.

Opening the event, Koizumi said he hoped the initiative would spur greater action ahead of critical climate negotiations, or Cop26, in Glasgow, UK, in November 2021. Countries, he added, were expected to demonstrate political will and evidence of how they were using stimulus money to accelerate emissions cuts.

To date, in many cases, government bailouts have thrown a lifeline to dirty energy. Since the start of the pandemic, G20 governments have pledged $204 billion of support to fossil fuels. That is 52% of all public money committed to the energy sector, compared with 35% for clean energy, according the Energy Policy Tracker.

Some of the world’s largest emitters including the United States and India were absent from the meeting, which saw participation from 96 countries and nearly 50 ministers giving short statements, despite connectivity and technical issues.

Chairing the session, Selwin Hart, UN special adviser on climate action, said there had been widespread support for international collaboration and solidarity to address both Covid-19 and the climate crisis.

Vice-president of the European Commission Frans Timmermans told the meeting this was “a one in a generation opportunity to rebuild better”.

“The recovery will be green or it won’t be a proper recovery,” he said, adding that the EU had committed to spend half a trillion euros on supporting the climate agenda and aligning investment with the Paris Agreement.

Investment in green hydrogen and carbon capture technologies featured highly among a number of rich countries’ plans including Japan, the UK, Germany and Australia.

Koizumi said Japan was working on “redesigning the energy sector” to become “a hydrogen society” using renewable energy and carbon capture technologies. Other measures included the construction of carbon neutral data centers and an EV push.

The charismatic environment minister, tipped as a potential future Japanese premier, said Japan was “ready to lead international climate discussions” once again – hinting the country had been taking a back seat in international talks since the signing of the Kyoto Protocol in 1997.

UN secretary general António Guterres told Japan that to walk the talk, it would need to end all investments in coal power and commit to carbon neutrality before 2050.

Earlier this year, Japan restated its existing 2030 plan to cut emissions in a submission to the UN, drawing international criticism for failing to set a tougher target.

UN Climate Change head Patricia Espinosa told Climate Home News on Wednesday she expected only 80 countries to submit updated climate plans by the 2020 deadline for ramping up ambition. China, the world’s largest emitter, would not be among them.

While China’s provinces have gone on a coal plant building spree this year, Beijing has so far committed more money to clean energy than fossil fuels to reboot its economy. In a statement, environment minister Zhao Yingmin highlighted new guidance on investment to support green industries, including speeding up renewable energy, and circular economy projects.

Cop25 president and Chile’s environment minister, Carolina Schmidt, said updating climate plans this year “was not an unnecessary distraction to the pandemic” but a “guide to a sustainable recovery to Covid-19”.

Germany environment minister Svenja Schulze promised the EU would agree on a strengthened 2030 climate plan before the end of Berlin’s rotating presidency of the European Council at the end of the year.

Schulze said Germany had dedicated €40 billion of its €120 billion stimulus package to green projects, with a focus on green infrastructure including “the escalation of a global green hydrogen industry”.

On Thursday, France unveiled a €100 billion stimulus package, of which €30 billion was earmarked for greening the economy.

The scale is in sharp contrast to the UK’s £350 million investment plan to cut emissions in heavy industry and drive a green recovery.

Appearing through video message, Cop26 president designate and the UK’s business minister Alok Sharma said the recovery was “a chance for all of us to build back better, to create green jobs and put green growth at the heart of our economy”.

“There has never been a better time to invest in the green economy,” he said.

But so far, nearly 70% of the UK’s recovery spending in the energy sector has gone to fossil fuels, according to the Energy Policy Tracker – putting the Cop26 host at risk of appearing as a laggard.