Riyadh is scrubbing the word “subsidy” from expert briefings, despite a commitment from G20 countries to phase out “inefficient” support to coal, oil and gas 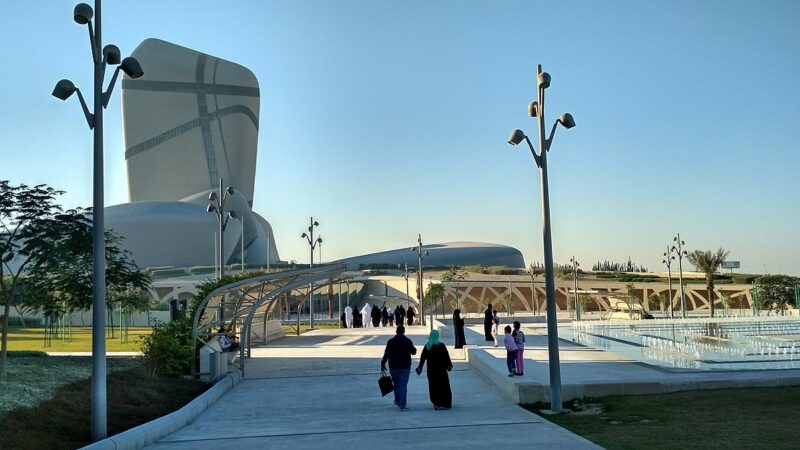 The move seems to go against a 2009 commitment by the club of major economies to phase out “inefficient fossil fuel subsidies that encourage wasteful consumption”. Leaders have reaffirmed this pledge at every summit in the past decade.

Sources close to the G20 preparations told Climate Home News the Saudi authorities were uncomfortable with the term “subsidy” and asked for the word to be removed from policy proposals.

Instead of “fossil fuel subsidies” ­– an established concept in the energy literature – they inserted “fossil fuel incentives” – a term with no commonly agreed definition.

The edits came in the final stages of Think20, which engages researchers and academics from the international community to thrash out policy recommendations on a range of G20 priorities. Their work is meant to be independent from national governments.

Researchers expressed concern the term “incentives” would muddy the waters at a time when countries need to move away from supporting coal, oil and gas and accelerate the transition to clean energy.

“The word incentives takes the idea of fossil fuel subsidy in a very different direction,” one person close to the process told CHN. “Let’s make sure that we are not defining loopholes for the continued use of fossil fuels.”

A spokesperson for the G20 secretariat told CHN the “independent participation of engagement groups in G20 discussions is important for the Saudi G20 Presidency and we are fully committed to an independent, open, transparent and inclusive process”.

Last week, UN secretary general António Guterres ramped up his rhetoric urging leaders to end fossil fuel subsidies and use the recovery to the pandemic to accelerate the clean energy transition.

“Fossil fuels are increasingly risky business with fewer takers,” he said during an International Energy Agency conference. “We need to stop wasting money on fossil fuel subsidies and place a price on carbon.”

Although definitions of what constitutes a “subsidy” varies between global institutions, the term “fossil fuel subsidy” is widely used to describe any government support for oil, gas or coal activities that lowers the price paid by consumers, raises the price received by producers or lowers the cost of production.

“The definition of a subsidy has always been a problem for Saudi Arabia,” Tom Moerenhout, an associate at the International Institute for Sustainable Development (IISD) told CHN.

As the world’s largest oil exporter, with low production costs, Saudi Arabia has been able to sell its oil below international price benchmarks.

At home, the Kingdom provides cheap energy to its citizens as part of a social contract whereby Saudis cannot choose their leaders but benefit from generous welfare provision.

The Kingdom denies subsiding petrol, arguing it is selling its oil at an “internal price” above production costs.

In recent years, Crown Prince Mohammed bin Salaman has been leading efforts to diversify the economy and move the country away from its oil dependency. To pay for an ambitious economic programme known as “Vision 2030”, Riyadh has embarked on an energy subsidy reform, raising energy prices closer to world market prices.

“Saudi Arabia has always been concerned not to destroy oil demand and keep its market share,” said Glada Lahn, a senior energy and resources research fellow at Chatham House. Saving a major domestic crisis, “their easy-to-produce oil has a longer shelf life than most”.

As G20 host, Saudi Arabia has been using its platform to promote the idea of a “circular carbon economy” which would reduce emissions but still allow for fossil fuel production by using technologies such as carbon capture, utilization and storage, and hydrogen.

Lahn described it as an attempt to “clean up the image of oil and gas”. “There is going to be much more scrutiny on the support for fossil fuels globally and the Saudi government is desperate for foreign investment,” she said. But the plan should not be promoted as a one-size fits all, she added.

In the 10 years since the G20 promised to phase out “inefficient fossil fuel subsidies”, limited progress has been made to meet the goal. The latest expert stocktake shows G20 countries subsidised coal, oil and gas to the tune of $150 billion in 2016, including both production and consumption subsidies.

In 2019, government support for fossil fuels totalled $478 billion in 77 countries, according to more recent analysis by the OECD and the IEA. While consumer subsidies had fallen slightly, the data showed a 38% rise in support for the production of fossil fuels across 44 advanced and emerging economies compared with 2018.

And despite talks of a “green recovery”, the coronavirus pandemic has done little to reverse the trend. A study by 14 research groups found G20 nations collectively spent at least $151 billion on supporting fossil fuels in their Covid-19 recovery packages, with only 20% of the relief conditional on green requirements.

In contrast, the world’s richest economies committed $89 billion to clean energy. The findings will be regularly updated on the Energy Policy Tracker, which launched on Wednesday.

As part of efforts to weather the economic impacts of the pandemic, Riyadh announced a $240 million package to provide electricity price relief for commercial, industrial and agricultural sectors.

“Money is not going in the right direction,” said Ivetta Gerasimchuk, an energy expert at IISD who led the Energy Policy Tracker project.

“The Covid-19 crisis and governments’ responses to it are intensifying the trends that existed before the pandemic struck. National and subnational jurisdictions that heavily subsidised the production and consumption of fossil fuels in previous years have once again thrown lifelines to oil, gas, coal, and fossil fuel-powered electricity.”

The story was updated on 15/07/20 to include the findings of the Energy Policy Tracker.