A decade after prospectors struck gas off Cabo Delgado, northern Mozambique, a consortium led by Total is signing contracts worth $16 billion to exploit it.

One of the biggest investments in Africa, the project to extract, liquefy and export gas raises the hope of catapulting Mozambique, one of the poorest countries in the world, to middle income status by the mid-2030s.

But it is a gamble, coming as the coronavirus pandemic hits gas demand and economic growth worldwide. The bet can only pay off on a dangerously overheated planet.

High rollers from around the world are backing Total, including would-be climate champions. The UK is reportedly supporting the project through its export credit agency, even as it urges leaders to bring more ambitious climate pledges to the Cop26 summit it hosts next year.

The World Bank and International Monetary Fund (IMF) have given technical support and encouragement to the Mozambique government.

“I expected to see the growth of job opportunities for local youth and the implementation of public and private infrastructure,” said Abudo Manana, a university student in the provincial capital Pemba. “This did not happen – quite the opposite. We are now watching a horror movie.”

Since October 2017, an Islamic insurgency has killed at least 600 civilians and clashed with mercenaries that have been brought in, first from Russia, and then from South Africa, to support the Mozambican armed forces. Analysts see grievances around the unfulfilled promise of gas wealth as a driver of the violence.

In Palma, the small town closest to the gas discovery, illiteracy levels are high and residents did not immediately understand the scale of the project.

“Access to information was not exactly easy,” said Julio Ernesto, a representative of the Provincial Union of Peasants. “In the beginning, civil society was seen as an agitator and there were arrests and expulsions from meetings.”

Families were moved from their homes and fields to make way for gas infrastructure, and have still not been given compensation or alternative land to farm.

“They were given a basic basket of goods, but that only lasted six months, and now they have nothing,” Ernesto said. Young people were offered training, but no jobs at the end of it.

There have been some improvements, Ernesto noted: a better road from Pemba to Palma, energy access and a hospital for the village of Quitupo. But that did not make up for the insecurity. “People say this gas brought a curse,” he said.

Ali Hassane, a Palma resident, was told workers were needed and joined a short training course. Then the bosses “called their nephews” for jobs and he was left unemployed. He said: “We are no longer hopeful for the future.” 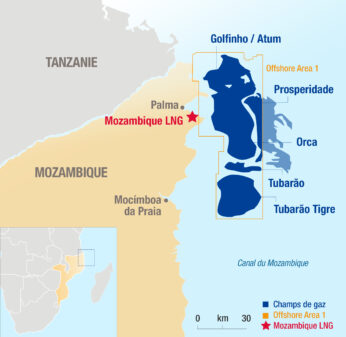 The gas concession awarded to a Total-led consortium

The government remains bullish, forecasting revenues from the Rovuma Basin gas sector totalling $35 billion to $63.6 billion over the projects’ lifetimes. It is a prize that would tempt any country, not least one where nearly half the population lives in poverty.

Abebe Aemro Selassie, the IMF’s director of the African department, told a national conference in November 2019: “LNG can be a game changer for economic transformation, development and inclusive growth, potentially lifting millions out of poverty if the right policies are put in place.”

But there are no guarantees the wealth will materialise, nor that it will be shared equitably among Mozambicans.

The public revenue forecasts are based on oil prices of $60-80 a barrel in the mid-2020s, rising to $80-150/bbl by 2050, according to a document from Mozambique’s Ministry of Finance dated June 2018. Most of the gas supply contracts are indexed to global oil prices, rather than gas prices in the destination markets.

In the wake of the coronavirus pandemic, oil prices slumped to around $37/bbl. Analysts and oil majors lowered their price forecasts. First BP, then Shell wrote down the value of their reserves by billions of dollars, based on assumed oil prices over the coming decades of $55 and $60/bbl respectively.

“From the government circles and almost all the Mozambique elite, natural gas is seen as a really important potential source of revenue,” said Jonathan Gaventa, senior associate at the think-tank E3G, who was living in Mozambique pre-pandemic. “The problem is, that is based on oil and gas prices that we may never see again.”

The price uncertainty increases the further out you look. Under the government scenarios, cash flow to the public purse starts low in the mid-2020s and doesn’t ramp up until the mid-2030s.

“Mozambique is being landed with a pretty serious debt burden for at least the next 15 years, with a big question mark over whether these projects will ever cover their outlay,” Gaventa added. 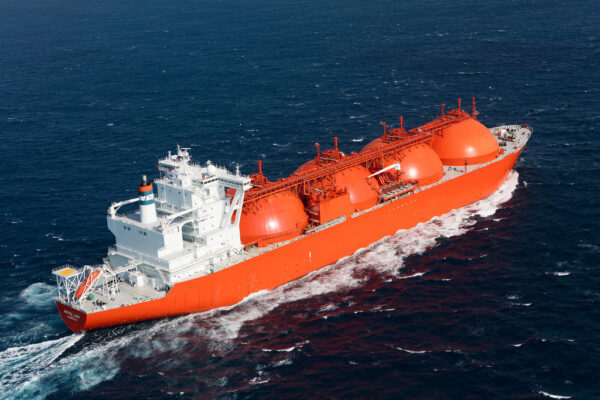 It depends, in large part, how serious world leaders are about tackling the climate crisis.

The hydrocarbon industry has long promoted gas as a “transition fuel” to a clean economy, citing its lower carbon emissions than coal when burned.

Total describes the fuel in its gas strategy as “the best option currently available for combating global warming while ensuring the world has access to the energy it needs”. It cites the International Energy Agency’s “sustainable development scenario”, in which gas consumption “will soar” to meet a quarter of global energy demand in 2040.

But a growing body of research shows methane leaks during the extraction and transport process are worse for the climate than previously thought. And the carbon budget to hold global warming to 2C, the upper limit in the Paris Agreement, is running out.

Collectively, governments are planning to extract 47% more gas by 2040 than is compatible with a 2C warming limit, the 2019 Production Gap report warned.

The number of LNG terminals under construction doubled in the past year, driven by the US and Canada seeking new export markets for their gas, Global Energy Monitor reported.

At least 11 major LNG terminal projects worldwide have stumbled since the coronavirus pandemic hit and oil and gas prices collapsed. Others had already stalled, in the face of organised opposition and challenging economics.

“The economics of this [Mozambique] project are really unfavourable and it is remarkable that they are going ahead with it,” said James Browning, co-author of the Global Energy Monitor report. He accused the gas industry of taking advantage of “chaos” in Mozambique to push the deal through.

The Mozambique case highlights how many financial institutions are entangled in fossil fuels – including some that aspire to climate leadership.

Announcing a $5 billion loan to the project in September 2019, US Exim Bank bragged it had elbowed Russia and China out of the deal. “The project now will be completed without their involvement and instead with ‘Made in the USA’ products and services. This is a win for our nation,” said Exim president Kimberly Reed.

Japan’s support, through two different agencies, forms part of an LNG spree. It is coupled with domestic policy to reduce reliance on nuclear power since the 2011 Fukushima disaster.

The UK’s involvement is more surprising. As host of the next UN climate summit in 2021, it is urging countries to submit more ambitious climate pledges. These should ultimately align with the Paris Agreement goals to hold global warming “well below 2C” and aim for 1.5C.

“It shows that they don’t believe in the future they are selling,” said E3G’s Gaventa. “These investments are only going to pay back in a world where demand for fossil fuels is very high. In a 1.5C world, we already have more gas than we can burn.”

Reuters reported last month that UK Export Finance (UKEF) will commit $800 million to the project, citing an anonymous source. At time of publication, that had not been confirmed. A spokesperson declined to comment.

It would be a bigger investment than anything UKEF supported in 2019 and 14 times UK aid spending in Mozambique.

UK government sources said it was the subject of an inter-departmental controversy, with the business and energy department objecting on climate grounds. There was talk of using carbon offsetting to paper over the contradictions, but that brings its own problems. It is hard to reliably estimate emissions from the end consumer and the offsetting bill for the UK share would run into hundreds of millions of pounds.

The World Bank announced in 2017 it would end direct support to oil and gas extraction by 2019. Yet it continues to offer technical assistance to governments opening up for exploration, with the stated aim of improving governance.

The priority appears to be attracting private investment, Urgewald campaigner Heike Mainhardt told Climate Home News. Success is measured by how fast permits are issued, not whether the public benefits.

In Mozambique, two law firms contracted by the Bank to work for the government also advised oil companies involved in the Rovuma Basin. The law firms, SNR Denton and Hunton Andrews Kurth, were in a position to secure tax breaks and government guarantees for clients including Total and Exxon Mobil, respectively. “It is, to me, a blatant conflict of interest,” said Mainhardt.

A spokesperson for the World Bank said: “The World Bank takes conflict of interest allegations seriously. We are assessing these allegations and will report back our findings and recommendations as per World Bank procedure.”

Even Total has climate goals, aiming to become carbon neutral by 2050, in line with EU targets and the Paris Agreement. Conveniently, though, outside Europe the target only applies to operational emissions, not the carbon dioxide generated when customers burn the gas.

Total responded to emailed questions after initial publication, attaching written responses to the shareholders from the 2020 AGM, who raised many of the same issues.

The oil company insisted there had been “no forced displacement” of communities, but that 186 households had been resettled in Quitunda, a newly built village due to be finished in 2021. Total said it had appointed 20 “community liaison officers” and set up a phone hotline to handle local grievances.

Total denied the insurgency in the region was “in any way connected with the gas projects”.

Justiça Ambiental, a branch of Friends of the Earth, is one of the most vocal opponents of the project in Mozambique.

Daniel Ribeiro, a campaigner with the NGO, pointed to the experience of other African countries. “The history clearly shows that the extractive industry on the continent contributes little or almost nothing to the economy mainly due to corruption,” he said. “It is a small group of people who benefit from the implementation of these projects, while the public remains in misery.”

Interviews from Cabo Delgado were carried out by a journalist who asked not to be credited by name for their own safety.

This article was updated after publication to incorporate responses from Total.