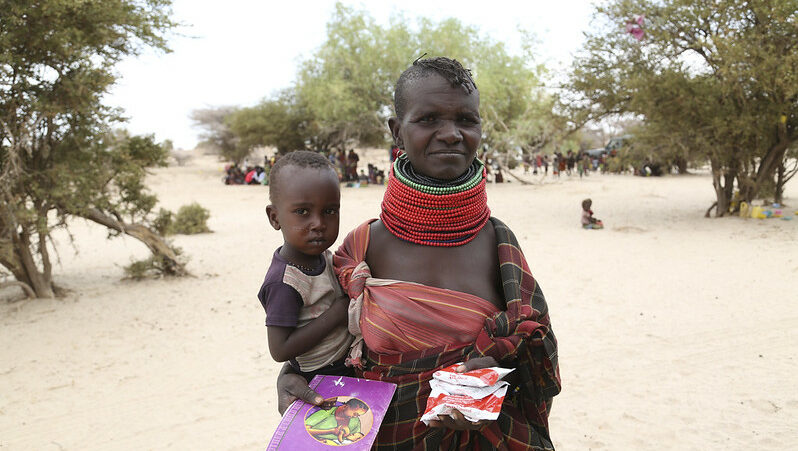 In the post-pandemic economic slump, efforts to eradicate poverty and hunger worldwide were already facing a huge setback.

What a moment, then, for Boris Johnson to signal a radical shift in priorities for UK aid, away from the poorest and towards middle income countries seen as critical to British interests.

The merger between the international development and foreign affairs ministries had been rumoured for a while but was not in Johnson’s election manifesto. Senior officials were told just hours before the public announcement. Aid experts and no fewer than three former prime ministers united in horror at the move.

It is not yet clear what this means for climate finance, which is subject to its own set of targets and rules. We can say it mainly affects programmes for coping with the impacts of climate change, as opposed to carbon-cutting initiatives run by the UK energy department.

Johnson alluded to Cop26 in his speech, the UN climate summit to be hosted by the UK next year. To the extent that a successful Cop26 is a foreign policy priority, it raises the prospect of deploying aid tactically to get countries on board with raising climate ambition.

Chloé Farand is digging into the impact of the decision. If you would like to share information in confidence, set up a ProtonMail account and email [email protected] For non-sensitive email, use [email protected]

Narendra Modi has been much lauded in climate circles for his ambitious renewables targets. He was smart enough to see solar power as a business opportunity early on.

There are many signs the Indian premier’s concern for the climate is secondary to boosting business, however, whether that be green or grey.

His decision to auction 41 coal mining blocks in central and eastern India is the latest such sign. It invites investment in a struggling and polluting sector, at the expense of valuable forests and the rights of indigenous residents.

The EU has big plans for hydrogen as a clean fuel of the future, our media partner Euractiv reports.

Generating only water vapour when burned, it has applications in hard-to-decarbonise industries like chemicals and steelmaking.

The catch is today’s hydrogen is nearly all derived from fossil fuels, generating CO2, so it has a way to go before it’s a true climate solution.