EU member states will back an industry proposal to reduce airlines’ climate obligations in response to the coronavirus pandemic, at the UN aviation forum 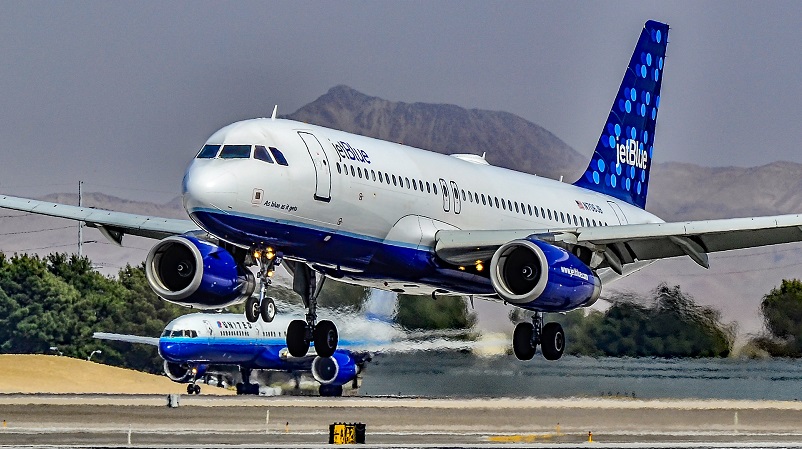 Icao, the UN body responsible for aviation, is meeting in Montreal, Canada, this week. (Photo: TDelCoro/Flickr)

The climate plan for aviation is losing its last shred of credibility, after the European Union confirmed it will back an industry proposal to water down the rules, campaigners have warned.

In the wake of the global coronavirus pandemic, the International Air Transport Association (Iata), called on the UN body responsible for aviation to ease airlines’ obligations to offset their emissions growth under a scheme known as Corsia.

Iata urged the International Civil Aviation Organisation (Icao) to change the baseline from which emissions growth will be measured – a move it estimates could save airlines $15 billion in carbon offsetting costs.

At a time when the industry is reeling from grounded flights due to Covid-19, airlines argue current rules risk creating “an inappropriate economic burden on the sector”.

On Tuesday, EU member states backed the baseline change, which could see airlines pay nothing for their climate impact until 2024.

France, Germany, Italy, the UK, Finland, the Netherlands, Spain and Greece will speak in favour of the adjustment at a meeting of Icao’s council this week. That means the rule change could win majority support.

Campaigners say it would further damage the credibility of the offsetting scheme, which is widely regarded as weak and not aligned with the Paris Agreement goals.

“This could be the final blow for Corsia,” Gilles Dufrasne, senior policy officer at Carbon Market Watch told Climate Home News. “It was always a ridiculously weak system, but now it is becoming essentially meaningless. Airlines are just let off the hook one more time.”

Member states of Icao have agreed to offset all growth in aviation emissions from 2020. With few technological solutions currently available to reduce planes’ pollution, airlines were expected to fund emissions cuts in other sectors, under a carbon market called Corsia.

The agreed baseline for measuring emissions was to be the two-year average across 2019 and 2020. But with 2020 turning into a year of anomalously low air travel because of restrictions to contain the spread of Covid-19, airlines have proposed to measure from pre-pandemic levels in 2019.

Analysis by the Öko-Institut in Germany found that changing the baseline to 2019 could give airlines a free pass to pollute for the next three to six years depending on the speed of the recovery. A study by the US-based Environmental Defense Fund found similar results.

Observers to the UN aviation talks argue the baseline change isn’t needed because offsets are already very cheap. An existing flexibility provision built in Corsia could be used by airlines to delay their offsetting obligations and limit additional financial costs.

Jo Dardenne, aviation manager at NGO Transport & Environnent, told CHN the change in baseline meant “we’re going from a cheap offsetting scheme to no scheme at all”.

“The aviation sector is clearly using the Covid-19 crisis to dilute the environmental effectiveness of a scheme that was already expected to bring little to zero environmental benefits,” she said.

For Tim Johnson, director of the Aviation Environment Federation, the baseline change will undermine many governments’ stated intentions to bolster climate ambition.

Airlines have managed to get what they wanted from governments, Dufrasne added. Governments, including in the EU, are handing out multi-billion relief packages to airlines “with virtually no climate conditions while also agreeing to industry demands to weaken the already insufficient climate policies in place,” he said. “They are exploiting the crisis.”

Oleg Butković, minister for transport and infrastructure in Croatia, which holds the EU Council rotating presidency, said in a statement that the baseline change was “crucial to maintaining a similar level of ambition for the scheme” while taking into account airlines’ difficult circumstances.

But the move did not receive blanket support inside the EU. Sweden did not support the rule change. And a cross-party group of European lawmakers from the Parliament’s environment committee called for the average 2019-2020 baseline to be maintained until a planned review in 2022, when the shape of the sector’s recovery will be clearer.

Among them Bas Eickhout, a Green MEP, told CHN in an email: “Corsia is already extremely weak, the change that Iata pursues makes it even worse. Weakening Corsia now in such a substantial way will be nearly impossible to correct later,” he said.

French MEP Pascal Canfin, chair of the environment committee, added the EU will need to work to readdress the issue at the next Corsia review in 2022. “The EU should be leading on emission regulation, not watering down the ambition,” he said.

The 36 members of the Icao Council, which includes the world’s largest air travel manufacturing and infrastructure nations, are expected to take a position on the issue this week.

Besides European countries, the US and the Latin American Civil Aviation Commission are also supporting the rule change, according to Reuters. Any decision taken by the council requires a majority of at least 19 countries.

However Annie Petsonk, aviation expert at the Environmental Defense Fund (EDF), said the council was not legally entitled to change the rules of the climate deal that was agreed by 193 countries at Icao’s Assembly in 2016. Instead, Icao’s assembly would need to approve any recommendations to change the rules for offsetting emissions.

If a decision was taken by the council, “this will deal a triple whammy” to Icao’s climate credibility, she told CHN: airlines will be given a free pass to pollute, the trust of countries that are not part of Icao’s council will be undermined as well as the public trust in the credibility of airlines’ environmental claims.