Observers called for transparency and inclusion to be maintained at talks in Bonn, provisionally planned for October, when physical distancing measures could apply 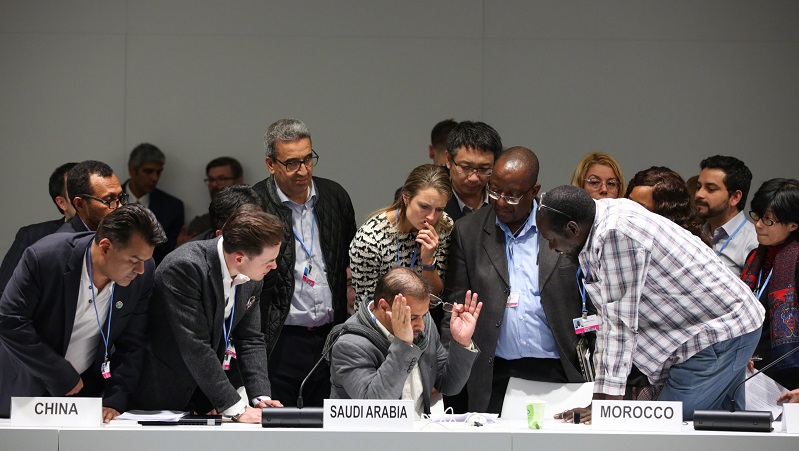 Participation in preparatory UN climate talks scheduled for October will likely be restricted to prevent coronavirus transmission, top diplomats presiding over the process have said.

Observers to the climate talks said full transparency and broad stakeholder participation in the talks remained “crucial” as negotiators thrash out the last unresolved issues under the Paris Agreement rulebook.

The event which happens every year in Bonn, Germany, ahead of the annual UN climate summit, is usually attended by 2,000 to 3,000 negotiators, government officials, observers, campaigners and journalists from all over the world.

In light of the global Covid-19 pandemic, the meeting is likely to be significantly scaled down, with a cap on the number of people allowed inside the conference venue. This would allow for delegates to be seated further apart, to reduce the risk of spreading infection.

“Nobody can know at this stage what measures will be in place in October,” said Tosi Mpanu-Mpanu, a climate diplomat from the Democratic Republic of Congo who presides over UN Climate Change’s scientific negotiations, during an online event.

“But we need to keep the venue for core negotiations,” he said, advising that some social distancing measures would be put in place.

Such measures are likely to impact observers who are not directly involved in the negotiations. A UN Climate Change spokesman did not respond to Climate Home News’ question about what arrangements might be made for the media.

He said the design of the October meeting “will depend on the rules and regulations that will be in place at that time” and that “participants will be informed closer to the session on the details”.

Initially scheduled to start on Monday 1 June, the Bonn meeting has been postponed to 4-12 October, provided it is then safe to hold a physical event. Hosting a global meeting before a Covid-19 treatment or vaccine is available presents significant logistical challenges.

UN Climate Change said it would review on 4 August whether it is possible to hold the meeting in October.

Norwegian diplomat Marianne Karlsen, who is heading the strand of talks responsible for support from rich to poor countries, said the UN climate secretariat was in contact with governments about health facilities at the venue and the latest regulations.

“We want to ensure that civil society and observers are there because this process gains so much from your presence,” Mpanu-Mpanu said, but added that each accredited delegation and constituency might have to select fewer people to send.

Campaigners attending the online meeting expressed concerns about the impact of potential restrictions on their ability to access and influence negotiations. Climate Action Network, a global coalition of climate and environmental NGOs, said it was consulting its members on a response to the announcement.

Bridget Burns, from the Women and Gender Constituency, insisted on the need for the Bonn meeting to remain inclusive and transparent.  She highlighted a lack of translation during online meetings, which to date have been carried out in English – something she said could constitute a barrier for many people.

Saleemul Huq, a veteran observer of the climate negotiations and the director of the International Centre for Climate Change and Development at the Independent University, Bangladesh, told CHN the move to online sessions “should enable a much bigger participation from observers around the world”.

But the series of events known as the “June Momentum” held by UN Climate Change at the start of this month had been “much more restrictive than we expected,” he said.  “UN Climate Change must do better for the October session if it wishes to retain any credibility”.

UN Climate Change head Patricia Espinosa has set up a process for observers to discuss how they can participate more effectively in the talks, Bert de Wel, climate policy officer at the International Trade Union Confederation, told CHN – a move he welcomed.

“Our priority is the safety of the delegates – they are workers and need to be able to do their job in all safety,” he told CHN.

De Wel said the Bonn meeting was an “important moment” to make government accountable for their climate policies and scrutiny by a broad range of observers was “critical”.

“We have to find ways to guarantee meaningful participation and consider all options, combining physical and virtual meeting, taking specific care of balanced representation and participation,” he said.

“This is not an optimal situation,” conceded Karlsen. “We are trying to provide the level of certainty that we can and test unchartered waters to make progress and keep up momentum during this challenging time.”

A large number of workshops and meetings usually take place on the sidelines of climate negotiations to make progress on issues such as youth participation, education, gender and agricultural work.

To limit physical contacts between participants, many of these meetings that were scheduled to take place at the Bonn session will now be taken online, ahead of the new October dates.

Negotiators could also be asked to take part in online meetings to advance their work on carbon market rules, the transparency of emissions reporting and a common timeframe for action – the last unresolved issues of the Paris Agreement rulebook which was due to be agreed in 2018.

“We have been kicking the can down the road,” said Mpanu-Mpanu, adding virtual engagement before and after the Bonn talks will help to “mature” negotiations and make them “ripe for decisions” by Cop26 next year.

This means negotiators will have less opportunities to thrash out contentious issues in corridor huddles or bridge their differences over chance encounters at the coffee stand.

“We hope that given the circumstances there will be a greater appetite for some of the negotiations to take place virtually,” said Mpanu-Mpanu, but added the decisions must ultimately be made in face-to-face meetings.