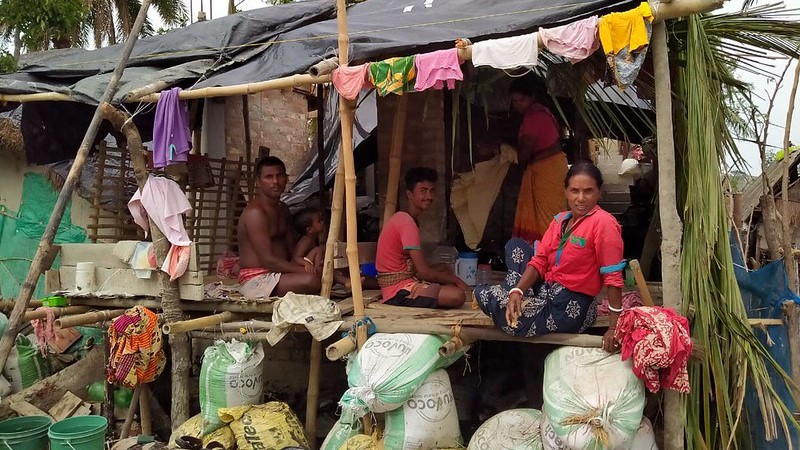 Workshops and meetings to develop climate adaptation plans have been postponed amid travel restrictions. The work continues at a slower pace online, hampered by patchy internet access and a lack of resources for paid-for versions of virtual meeting platforms such as Zoom.

The warning from the least developed countries (LDC) negotiating bloc comes after Cyclone Amphan battered eastern India and Bangladesh and as Cyclone Nisarga threatens Mumbai on India’s western coast. The National Oceanic and Atmospheric Administration in the US predicted a 60% chance of an above-normal hurricane season in the Atlantic.

“We are facing a truly unprecedented situation,” said Sonam P Wangdi, the Bhutanese chair of the LDC, during an online meeting organised by UN Climate Change.

“There has not been a moment in time when the world is faced with so many challenges. Each of these incidences pushes us back many times more times than the rest of the world. It is therefore imperative, more than ever, that we scale up our efforts to do what we can to protect ourselves from these shocks.”

Negotiators in the poorest countries – which bear the least responsibility for causing climate change – have reported delays in formulating and implementing their plans to cope with increasingly frequent and severe weather extremes.

Adao Soares Barbosa, a climate negotiator from Timor-Leste, said restrictions to contain the spread of the virus had delayed the implementation of the Southeast Asian nation’s adaptation plan. Another negotiator from Lesotho said more technological tools and support were needed to finalise its plan this year.

Negotiators made the remarks during an online event hosted by UN Climate Change called the “June Momentum”.

The 10-day series of virtual panel discussions is being held as negotiators were due to meet for preparatory UN climate talks in Bonn, Germany, that have been postponed because of coronavirus.

Even before the Covid-19 outbreak, poorer countries described the process of accessing funding to support their climate work as “cumbersome”, said Nikki Lulham, a member of the expert group which provides LDCs with technical guidance and support.

Money to help countries implement their adaptation plans was also lacking, she said – a situation which could be exacerbated by a looming global recession.

Pa Ousman Jarju, director of country programming at the Green Climate Fund, the UN’s flagship climate finance channel, said flexibility had been built into the process to access funding during the pandemic, with additional technical support available.

LDC chair Wangdi said the pandemic has shown the need to “think differently about how support is delivered” to the most vulnerable.

“Current business-as-usual approaches to climate change are not working for us,” he said. A lack of communication between institutions and failures to build long-term in-country capacity should be replaced by a whole-society approach that incorporates climate action and sustainable development at the national and local level, he added.

Archie Young, lead climate negotiator for the UK, which is hosting the next climate talks in Glasgow in November 2021, conceded the process to access climate funding was “neither simple, nor is it often quick” but required “careful, tailor-made responses for each situation” that remained responsive to communities’ needs and could deal with the unexpected.

Young said the UK’s vision for Cop26 would put in place “the highest possible ambition for climate action”. That, he said, means both reducing emissions and scaling up support for developing countries while ensuring “there is resolute action to build adaptation” and address those impacts that cannot be adapted to.

At a UN high-level summit in New York last September, the 47 countries in the LDC negotiating bloc committed to achieve climate-resilient development pathways by 2030 and net zero emissions by 2050, providing they received the necessary support. Last month, Rwanda was the first to submit a stronger carbon-cutting and adaptation plan to the UN.

The group requested an initial $450 million investment over 10 years to help them deliver their resilience vision. So far, 11 donor countries have supported the scheme, including the UK government.

Wangdi added that an early assessment had shown the cost of fully implementing this long-term strategy required $97 billion from 2020, rising to $500 billion by 2050.

“Currently LDCs are receiving less than half a billion annually which is about 0.6% of the finance that is required,” he said – with only 10% of that reaching the local level.

“We are committed  to do more than our fair share to halt the climate crisis and to adapt to its impacts,” Wangdi said, but this will require support “from all sides and all forms”.