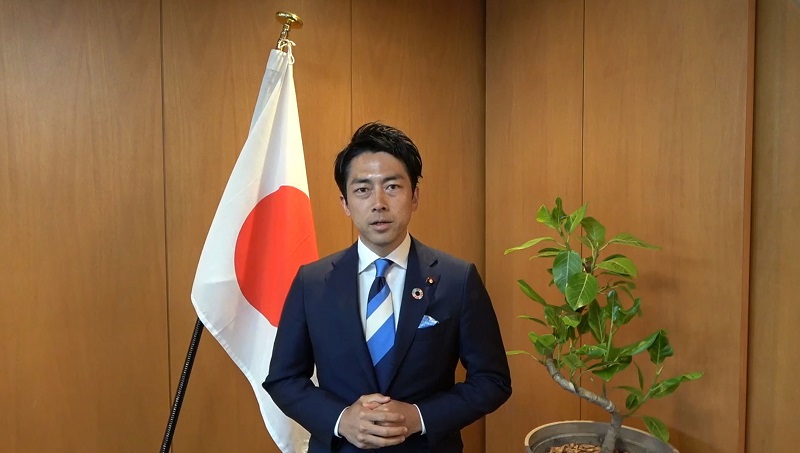 Japan is seeking to bolster global momentum for climate action by hosting an online platform and high-level political event on greening the post-coronavirus economic recovery.

Environment minister Shinjirō Koizumi announced the plans on Monday, in a series of online discussions hosted by UN Climate Change.

Negotiators were due to meet this week for preparatory UN climate talks in Bonn, Germany, but the session has been postponed to October, provided it is safe to hold a physical meeting at that time.

Instead, the UN climate secretariat is running a 10-day online event called “June Momentum”, with updates on political and technical progress.

The slippage of the climate negotiating timetable caused by the coronavirus pandemic means there will be a near two-year gap between UN summits. The last UN climate talks were held in Madrid, Spain, last December and the upcoming Cop26 has been rescheduled to 1-12 November 2021 in Glasgow, UK.

Campaigners have warned the year-long postponement of Cop26 should not take the pressure off governments to strengthen their climate ambition.

Koizumi said Japan would host a virtual ministerial meeting, open to the public, in early September for governments to exchange views on how to use carbon-cutting measures to reboot their economies.

He urged governments to take part in the initiative, saying invitations to contribute to the platform and join the meeting will be sent out “as soon as possible”.

“Our hope is to maintain international momentum on enhanced climate actions to pave the way for the success of Cop26,” he said.

“We should first reaffirm that economic recovery must not leave climate action behind. A virtuous cycle of environmental protection and economic growth will be a core part of the recovery strategy.”

Since taking office in September 2019, Koizumi, the charismatic son of a former prime minister who has been tipped as a future premier himself, has been a vocal proponent for stronger climate action on the international scene.

At the last UN talks, he said Japan would have to review its 2030 climate target and answered criticisms of its coal policy by pointing to a review of financing for coal projects overseas.

Japan relies on coal for more than a third of its power generation needs and is planning to build new coal power plants. It also funds more oil, gas and coal projects abroad than any other government.

Tokyo simply reaffirmed its 2030 emission-cutting pledge towards the Paris Agreement earlier this year, rather than raising ambition, to the disappointment of climate advocates. Koizumi has claimed it was not the government’s “intention to leave the national target level as it is” and it would submit additional information by Cop26.

Countries are due to submit updated 2030 climate plans to the UN before the end of the year. A major step up in ambition would be needed to hold global heating “well below 2C”, as agreed in Paris.

Only a handful of countries, including the Marshall Islands, Norway, Moldova, Chile and Rwanda, have increased their climate plans so far.

Speaking on the first day of the “June Momentum”, head of UN Climate Change Patricia Espinosa insisted the Cop26 delay did not push back the deadline for countries to submit revised climate plans before 31 December.

“2020 remains a critical year,” she said. “Coronavirus has not changed the need for nations to fulfil their commitments under the Paris Agreement. Every day that passes without higher ambition, we are closer to a tragedy.”

Espinosa said the Paris Agreement and the 2030 Sustainable Development Goals gave governments “a very solid blueprint” for the Covid-19 recovery but would require “a lot of hard work”.

In practice, it remains unclear how the UN and the UK Cop26 presidency team will influence  governments’ recovery plans to ensure they don’t lock in fossil fuel dependence, without the political pressure of a climate summit this year.

Selwin Hart, UN special advisor on climate action, said governments’ decisions on how to stimulate the economy and create jobs will be “some of the most consequential decisions ever made in the history of mankind”.

Cop26 president designate Alok Sharma, who is also involved in coordinating the UK’s response to the coronavirus crisis as the country’s business minister, said the summit could be “that moment when the world unites behind a green and – I think really importantly – a fair recovery”.

“There are very large numbers of people across the world that want to see this green recovery and there is opportunity for us to show that technology can drive that green recovery forwards,” he said in response to a question from Climate Home News about how to galvanise political will.

To keep the momentum on climate diplomacy, Sharma said his team was working on a roadmap to convene countries at key moments in the 16 months ahead of the summit. These include G7 and G20 summits, hosted by the UK and its Cop26 co-president Italy respectively, the World Bank annual meeting and a biodiversity summit in China.