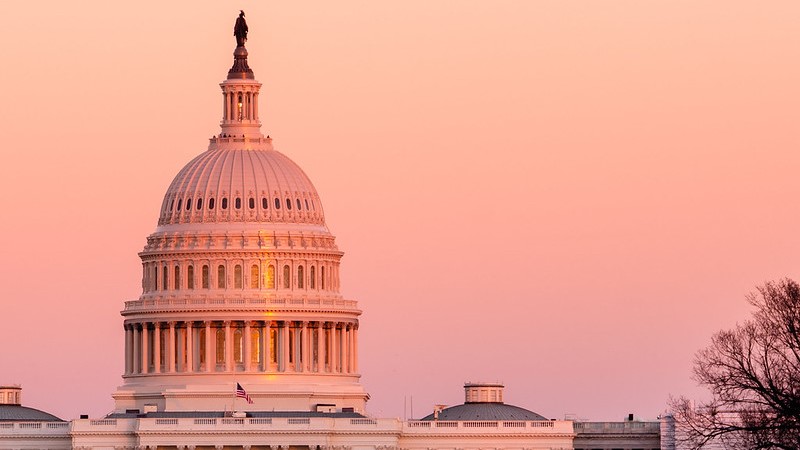 The US Senate unanimously approved a $2-trillion relief package this week to weather the impacts of the coronavirus pandemic. (Photo: John Brighenti/Flickr)

The huge economic efforts to weather the impacts of the coronavirus pandemic have become the new frontline for climate action.

As trillions of dollars pour into the global economy to mitigate the impacts of Covid-19, resounding calls have been made to governments and financial institutions to ensure longer term climate action is a condition for relief.

With carbon-intensive sectors lining up for economic support to protect the jobs of millions of people, calls are also intensifying for workers to benefit over corporations.

In a statement, G20 countries said they were injecting more than $5 trillion into the global economy to counteract the social, economic and financial impacts of the pandemic. The virus has killed more than 24,000 people worldwide.

In the US, the Senate unanimously passed a gigantic $2-trillion bill aimed at helping workers and industries impacted by the rapid economic slowdown. This includes a $500 billion fund to help hard-hit industries and more than $60 billion for airlines with some strings attached.

Speaker of the House Nancy Pelosi praised Democrats’ efforts to “flip the bill over” from a “corporate trickle-down Republican version to bubble-up workers first, families first legislation” with conditions that money given to the airlines for example “are given to the workers directly”.

In Canada, academics, labour and environmental organisations have warned Prime Minister Justin Trudeau’s administration that any bailout to the oil and gas sector should benefit the workers, not the corporations, and that the economic stimulus should be green.

In Europe, there are clear calls for any economic stimulus package to be consistent with the continent’s pledge to become climate-neutral by 2050 and pinned to the Green Deal framework.

While many agree the pandemic has opened a window to accelerate the transition to a green economy, the question of timing remains key.

As governments scramble to reinforce health services to save lives and put cash in the hands of hard-hit families and businesses, some analysts warn the immediate crisis will need to pass before investments can be directed to the clean energy transition. When and how this happens could determine climate action for years to come.

Eyes in the sky

Scientists at Mauna Loa observatory in Hawaii are monitoring the atmosphere for signs the economic slowdown linked to the coronavirus pandemic could reduce the rise in atmospheric carbon concentrations.

Alister Doyle spoke to Ralph Keeling, son of Charles Keeling, the founder of the Keeling Curve, which has been tracking increasing carbon dioxide concentrations in the atmosphere since 1958.

“There has never been an economic shock like this in the whole history of the curve,” he said.

This month, the data hints at a slight slowdown in the rate of CO2 rise. But the scientists will need more time to know whether this possible trend is linked to the pandemic.

Russia has published draft plans to slightly toughen its 2030 climate targets that would still allow its emissions to rise in the next decade.

The UN is demanding countries make deep cuts to their greenhouse gas emissions in line with the scientific findings to achieve the Paris Agreement temperature goals.

But the world’s fifth biggest emitter projected its emissions would rise in coming years to 67% of its 1990 level by 2030 – a slight improvement on its current 75% target. Russia’s emissions plunged after the collapse of the Soviet Union in 1991 and are still about half the levels they were in 1990.

Environmental NGOs have criticised the plan as inadequate in a time of climate crisis. “It’s only baby steps,” said Vladimir Chuprov, of Greenpeace in Moscow.

Electric cars are a greener alternative to petrol and diesel vehicles in almost every part of the world.

Researchers have found that plug-in cars emit less greenhouse gas emissions over their lifetime than other vehicles, even when including the mining of metals for batteries, the manufacturing process and scraping.

This is true everywhere but in countries where the electricity used to recharge electric vehicles is generated from coal-fired power plants, the study found, noting blackspots in India, Czech Republic, Estonia, Poland and Bulgaria.