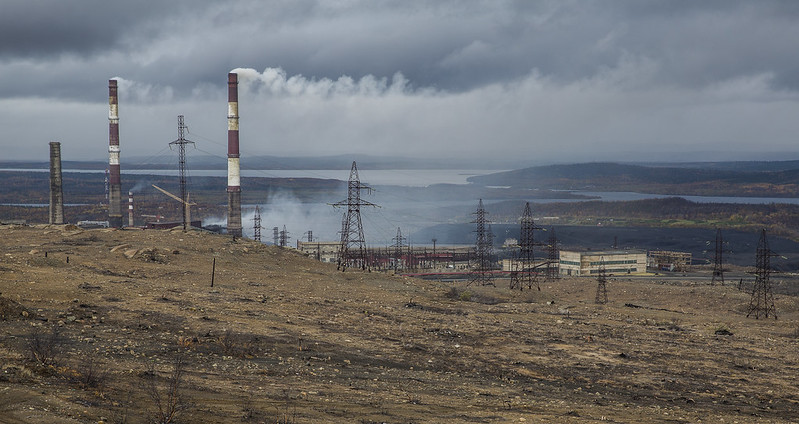 Russia aims to toughen its 2030 goals for limiting climate change under plans that drew criticism on Wednesday as inadequate “baby steps” since Moscow would allow greenhouse gas emissions to rise from current levels.

Emissions by Russia, the world’s fifth biggest emitter, plunged after smokestack industries collapsed after the 1991 breakup of the Soviet Union and are still only around half the levels in the UN’s benchmark year of 1990.

All countries are under pressure to announce more ambitious policies on climate change in 2020, the first five-year milestone of the Paris climate agreement, with calls to link stimulus packages to combat the coronavirus to a greener economy.

In a draft plan stretching to 2050, Russia’s Ministry of Economic Development projected that emissions would rise to the equivalent of 2.08 billion tonnes of carbon dioxide by 2030, including land use and forestry, or 67% of 3.11 billion tonnes recorded in 1990.

The 2030 goal is more ambitious, however, than the existing target to limit 2030 emissions to 75% of 1990 levels, or 2.33 billion tonnes, submitted by Moscow as its contribution to the 2015 Paris climate agreement.

Under the new draft goal, Russia would seek to reduce demand for fossil fuels and boost renewable energy. It would also upgrade insulation for buildings and encourage energy efficiency from petrochemicals to agriculture, it said. It also noted some benefits from warming, such as greater access to shipping routes in the Arctic north.

“This is not an ambitious plan … it would allow emissions to rise,” Niklas Höhne, founding partner of the New Climate Institute, told Climate Home News.

“It’s not in line with the Paris Agreement. Countries need to go for the highest possible ambition”. He said that a Russian overview of its climate policies submitted to the United Nations in 2019 was more ambitious than the new plan.

“We welcome this as a start but it’s only baby steps,” Vladimir Chuprov, campaign director of Greenpeace in Moscow, told CHN. He said Moscow’s plan had some positive aspects, such as encouraging the growth of forests that soak up carbon dioxide.

But allowing a rise in overall emissions “isn’t ambitious at all. It means no real progress,” he said.

The Russian ministry did not immediately respond to a request for comment. Russia is the fifth largest emitter after China, the US, the European Union and India.

The United Nations says that global emissions will need to fall by 7.6% a year in the decade to 2030 to get on track to limit the rise in average global temperatures to the strictest goal set in the Paris Agreement of 1.5 degrees Celsius above pre-industrial times to limit heatwaves, floods, droughts and a rise in sea levels.

The Russian plan, now out for review by other ministries, also included a more “intensive” scenario that would allow emissions to rise slightly and then fall to 52% of 1990 levels by 2050, or 1.62 billion tonnes – little changed from current levels.

“The transition to the trajectory of an intensive scenario of low-carbon development will allow Russia to achieve carbon neutrality in the second half of the 21st century closer to its completion,” the ministry said in a statement.

President Vladimir Putin has sometimes argued that warming will bring benefits, such as higher farm productivity, to Russia.

CAT said Russia’s decision in October 2019 to ratify the Paris Agreement, long after most other nations, “was more symbolic than substantive, as it did not come with any improvement to its very weak emissions reduction target, nor with an announcement of any new climate policies.” CAT said it was still reviewing the new Russian plan.