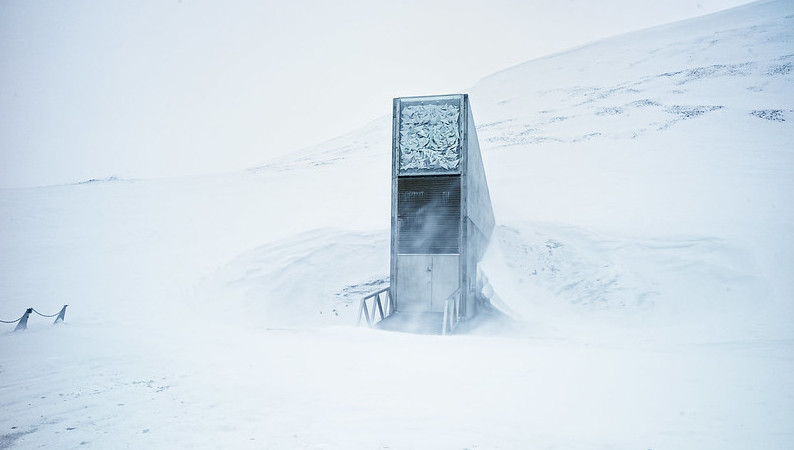 A “Noah’s Ark” vault in the Norwegian Arctic meant to safeguard the world’s crops will get the single biggest deposit of seeds on Tuesday since it opened in 2008, raising the collection back to more than a million varieties.

Representatives of more than 30 different gene banks around the world will visit the Svalbard Seed Vault, on a Norwegian island 1,000 kilometres from the North Pole, to deposit samples including Peruvian potatoes, English wildflowers and Cherokee corn.

The Seed Vault “is the ultimate insurance policy for the world’s food supply, offering options for future generations to face the challenges of climate change and the need for nutritious food to feed a growing global population,” organisers said.

The vault had been above one million before but Syria’s civil far forced a withdrawal 50,000 samples in 2017 to replace a destroyed collection in the Syrian city of Aleppo, Hannes Dempewolf, of the Crop Trust which is a partner in running the vault, told Climate Home News.

Among new seeds are 27 wild plant species from meadows  at Highgrove in England, an estate owned by Britain’s Prince Charles.

“It has proved to be an exhausting and often demoralising task to persuade people of the utterly essential role played by all this diversity in maintaining vibrant, healthy ecosystems that sustain both people and our planet,” he said in a statement.

“It’s more urgent than ever that we act now to protect this diversity before it really is too late,” he added.

Among other new contributors on Tuesday are the Cherokee Nation, the first US-based indigenous tribe to deposit seeds including Cherokee White Eagle Corn and Cherokee Candy Roaster Squash.

And Peru’s International Potato Center will deposit seeds including those of wild relatives of potatoes. “There are estimations that as much as 20% of plant species are in danger of extinction, losses that will be accelerated by climate change,” it said.

Blasted into a mountainside in permafrost, the vault is designed to stay frozen even if the power fails and seas rise in coming centuries. It is managed and operated in a partnership between the Norwegian ministry of agriculture and food, the Nordic Genetic Resource Centre and the Crop Trust, an international group based in Germany.

The Crop Trust has shifted from publicising the vault as a backup able to survive the worst cataclysms such as nuclear war. The headline on its media release announcing the opening in 2008 said: “’Doomsday Seed Vault’ to Open in Arctic Circle.”

“It’s not for doomsday, it’s not for the end of of the world,” said Dempewolf, the trust’s senior scientist. “It’s about an earthquake or an electrical fire that can wipe out a collection, or civil war like in Aleppo.”

He said there were examples of universities simply destroying seed collections, for instance if a professor retired.

Such losses “are like a stab in the heart,” he said.