Europe needs between 230 and 450 GW of offshore wind by 2050 to decarbonise its energy system, according to the EU Commission 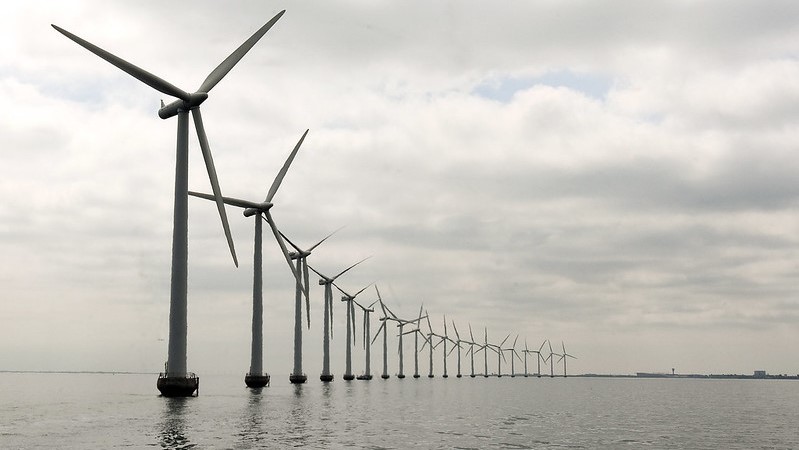 A record 3.6 gigawatts of new offshore wind capacity was added across Europe in 2019, but the pace of deployment is still too slow to reach Europe’s ambitious climate targets, according to new industry figures.

The UK accounted for nearly half of the newly-installed capacity, with 1.7 GW, according to WindEurope. Second came Germany (1.1 GW), followed by Denmark (374 MW) and Belgium (370 MW). Portugal was next with 8 MW of newly installed floating offshore wind.

The good news is that costs of new offshore wind farms continued to fall significantly, according to industry figures. Last year’s auctions – in the UK, France and the Netherlands – delivered prices for consumers in the range of €40-50/MWh, WindEurope said.

So all is for the best, then? Not quite. In spite of solid growth, new offshore wind projects are falling short of what’s needed to meet the EU’s climate targets for 2030. And they are far behind the pace required to keep up with Europe’s long-term climate neutrality objective for 2050.

The European Commission says Europe needs between 230 and 450 GW of offshore wind by 2050 to decarbonise the energy system and deliver on the objectives of the Green Deal, WindEurope points out. This, it adds, requires building 7 GW of new offshore wind a year by 2030, and ramping up to 18 GW a year by 2050.

“But the current level of new installations and investments is a long way behind that,” WindEurope warned. “We’re not currently building enough to deliver on that, let alone the more ambitious volumes needed to deliver the Green Deal,” Dickson said in reference to the 2050 carbon neutrality objective.

Those concerns are shared by Eurelectric, the EU power sector association. “Manufacturing more wind turbines is not an issue, you can ramp up production pretty fast,” said Kristian Ruby, Eurelectric secretary-general.

“The problem is installing the grids that go along with them, getting the permits and the buy-in of local populations to this additional capacity. This is where the challenges are,” he told Euractiv.

Deployment of wind energy in Europe faces obstacles, mainly related to slow permitting procedures and resistance from local populations. The European Commission said it will address them in a new “offshore wind strategy” due to be presented before the end of the year.

In January, EU Energy Commissioner Kadri Simson said the new strategy will address challenges linked to the large-scale development of offshore wind and ocean energy, “such as impact on energy grids and markets, management of maritime space and industrial policy dimensions”.

Dickson called on the new strategy to “map out clearly how to mobilise the investments needed” to reach 450 GW of offshore wind capacity by 2050. “Crucially, it should provide a masterplan (a) to develop the offshore and onshore grid connections and (b) to get the maritime spatial planning right,” Dickson said.

Achieving that will also require “ever closer cooperation” between governments in the North Sea and the Baltic, WindEurope argues, calling for the cooperation to be extended to the UK after Brexit.

Britain represented “half of Europe’s investment in offshore wind in the last decade and will remain by far the biggest market” in Europe, Dickson pointed out.

The story was first published by CHN’s media partner Euractiv.