In her New Year address, Chancellor Angela Merkel said the German government would ‘do everything humanly possible’ to stop climate change 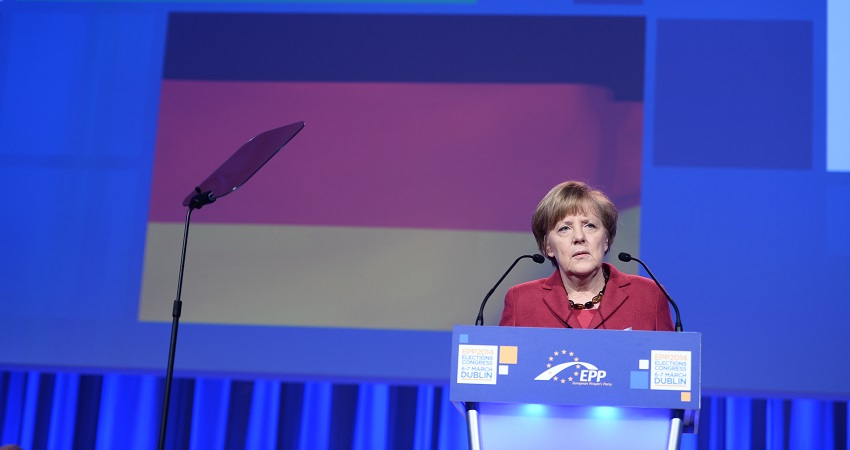 Germany is one of a number of countries which has missed an EU deadline to submit its national climate plan for the next decade. (Photo: European People's Party/Flickr)

All EU member states should have submitted their climate protection plans for the coming decade to the European Commission by 31 December. But many missed the deadline, including Germany.

This was confirmed on Tuesday. A “good number” of national plans have been received, a Commission spokesman said in response to a question from Euractiv at the Commission’s regular daily briefing.

“We expect more documents in the coming days and weeks,” he added, refusing to comment on exactly which member states were still missing.

The German energy ministry confirmed earlier on Monday that it had not yet submitted its plan to Brussels, citing a recent change of course on climate policy.

Germany adopted a climate protection law late last year, on 18 December, committing itself to achieve EU-level climate targets, which are legally-binding. However, the law was stopped by a Green veto in the Bundesrat, the upper house of Parliament, before a compromise was finally reached at the very end of the year.

Still, Chancellor Angela Merkel struck an urgent tone in her New Year’s speech, saying the German government would “do everything humanly possible” to stop climate change.

The fact that Berlin is now late in submitting its national climate plan to Brussels, even though the deadline had long been known, is “problematic” says Pieter de Pous from climate think-tank E3G.

The German government has been spending unnecessary time preparing for the coal phase-out by negotiating compensation payments with power plant operators for months, although it is not legally obliged to do so, said de Pous.

National Energy and Climate Plans (NECPs) are part of the EU Governance Regulation agreed by the member states in 2018. The plans are intended to coordinate the climate policies of the EU member states for the first time.

By the end of 2019, all governments were, therefore, required to submit their final measures to reach the 2030 climate targets to the Commission. Every two years, the countries also provide a progress report, and climate targets are to be raised again in 2024.

Concerning energy efficiency, the EU would have a 6% deficit compared to the 2030 target. According to an analysis by think-tank Carbon Market Watch, only the NECP drafts of Finland, Sweden and Portugal were close to being sufficient. Since the summer, member states have had time to refine their climate plans further.

But the ambition of most countries has so far remained below par. In June, the Commission concluded in its assessment of the NECP drafts submitted at the end of 2018 that the plans were mostly inadequate and too imprecise.

The final climate plans will also serve as a basis for implementing the Green Deal of the new EU Commission.

Under the leadership of President Ursula von der Leyen, the Commission has set itself the goal of raising the current EU climate target of 40% cuts to greenhouse gas emissions compared to 1990 to 50%, and in the longer term even to 55%. This is considered a benchmark for achieving the new goal of climate neutrality by 2050.

But so far, this target has not been unanimously accepted by member states. At the last EU summit in Brussels, Poland opposed the ambitious 2050 target out of concern about the high costs this will entail for its coal regions.

The debate was postponed for the next EU summit in June. An agreement would allow the EU to speak with one voice at the important EU-China summit in September and two months later, at the Cop26 climate summit in Glasgow.

This story was originally published by CHN’s media partner EURACTIV.