The presidency of Cop25 had planned to mark the conference by taking a leading role in raising ambition, but that announcement is now expected in 2020 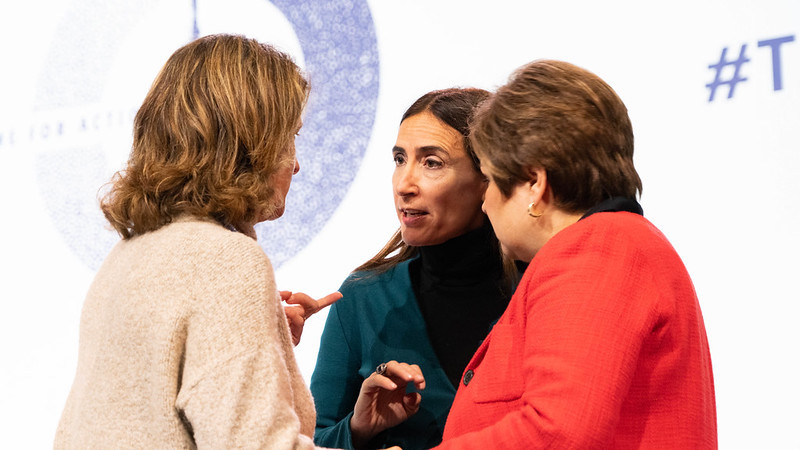 MADRID — Chile has walked back a plan to announce an enhanced climate target during the Cop25 climate talks it is leading.

Cop25 president and Chile’s environment minister Carolina Schmidt had intended to present a strengthened climate plan during the UN climate summit in Madrid.

But the public consultation on the draft plan which was due to close in October was delayed and only closed on 2 December, making an announcement at Cop25 impossible, Nicolás Westenenk Saint-Jean, the Chilean environment ministry’s Cop25 climate action coordinator told Climate Home News.

Comment: We really may have just 11 years to save the climate

Protests against inequality and social injustice that gripped the country and caused the meeting to be shifted to Madrid played a part in the delay, Westenenk Saint-Jean said.

Chile, supported by Spain, had hoped to use the talks to assemble a coalition of countries that would pledge to strengthen their plans to curb emissions ahead of next year’s talks in Glasgow when countries are expected to revisit their climate targets.

At the UN climate action summit in New York in September, Chile launched an ‘ambition alliance’ of countries committed to raise their 2030 climate pledges or achieve carbon neutrality by 2050.

Westenenk Saint-Jean told CHN the Chilean presidency hoped to hand over the leadership of the coalition to the UK at the start of Cop26 in November next year with “a higher number of members”.

An updated list of countries committed to higher ambition is due to be announced during a high-level event on Wednesday. The initial timetable would have also allowed Chile to announce its new climate plan.

Instead, Chile will provide an update on the progress it has made to firm up its proposed pledge. An announcement on its new target is now expected “in the first trimester of next year,” Westenenk Saint-Jean said.

Chile’s current target is to reduce the greenhouse gas emissions intensity of its GDP to 30% below 2007 levels by 2030. According to Climate Action Tracker, the target is not aligned with the temperature goals of Paris Agreement but is on a pathway to between 3C and 4C of warming.

Under its latest draft, Chile would introduce carbon budgets out to 2030, peak emissions in 2027 and prepare for carbon neutrality by 2050. Climate Action Tracker said the proposal could be consistent with a 2C pathway if implemented unconditionally.

The Chilean environment ministry was approached for further comment, but did not respond.