Comment: Small improvements to the IEA’s authoritative report do little to guide governments, companies or investors towards a clean economic transformation 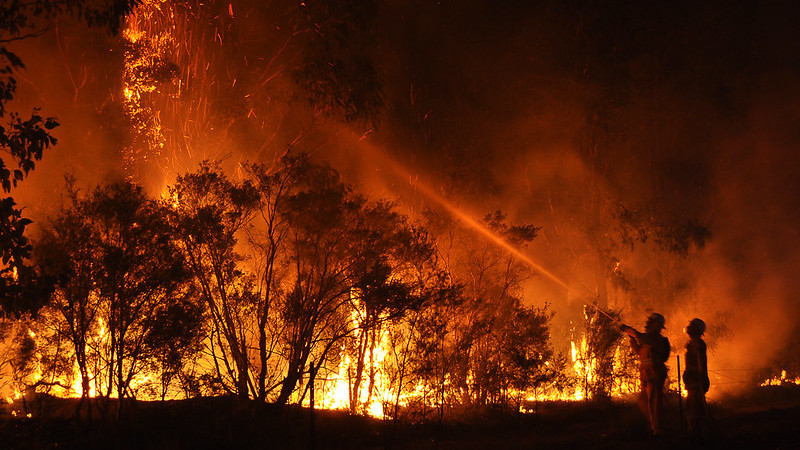 Evidence of the unfolding climate crisis is dominating the headlines, in the form of severe fires in Australia, California, the Amazon rainforest and Siberia, flooding in England, cyclones in Bangladesh and Japan, and air pollution in northern India.

Governments, investors and companies face a monumental task in 2020: put the world on track to halve emissions by 2030 to avoid the most catastrophic impacts of a warming planet. That will help us reach net zero emissions by 2050, which is our best chance of limiting the temperature rise to 1.5C. Regenerating nature at the same time will boost that chance.

To get there safely they need to follow a quick yet managed long-term plan for overhauling our energy, industrial and transport systems. A World Energy Outlook (WEO) that prominently delineates the steps along this pathway would go a long way to reassuring decision-makers that this is possible — and desirable.

This authoritative annual book, published by the International Energy Agency (IEA) on Wednesday, is a bible for energy, investment and policy decision-makers. Its scenarios — which the IEA itself describe as the “gold standard” of energy analysis — are referenced in decisions by company executives, their investors and government officials that will reverberate across the climate for decades.

But the WEO has yet to reflect on the urgent need to pursue a quick energy transition, or provide a robust map on how to get there. It remains an obstacle to the low-carbon transformation.

The IEA argues it is in the business of building scenarios, not predicting or projecting the future. But its analysis is much more than just a mirror to the economy — it’s a beacon.

The WEO’s scenarios show what pathways are available and achievable. Its influence can be seen in the way companies and governments have used the WEO to support some of the worst polluting fossil fuel projects in the world, despite the scientific warnings about their contribution to climate change, as evidenced in a 2018 report by Oil Change International and the Institute for Energy Economics and Financial Analysis.

The US government used a WEO scenario of growing oil demand to justify an oil exploration programme in the Arctic between 2012 and 2017. Similarly, companies in Canada pointed to the WEO around 2013 to build a case for developing tar sands oil. In Australia, the coal demand numbers in the WEO’s central scenario have been used to underpin the argument for nine proposed new coal mines in Queensland, Australia.

The IEA did make some improvements to this year’s WEO in response to pressure from leaders in the investor, business, academic and nonprofit sectors. Its mainstream pathway is now called the Stated Policies Scenario, rather than the New Policies Scenario, which helps clarify that the scenario follows current policy pledges. It also extended the Sustainable Development Scenario to 2050.

These steps are welcome, but they’re seriously insufficient.

The 2019 WEO’s central pathway leads to at least 2.7C of warming, while the Sustainable Development Scenario leads to 1.8C by reaching net-zero emissions by 2070. That’s two decades too late. It also relies heavily on risky technologies to absorb excess emissions out of the atmosphere.

The IEA says its 2019 Sustainable Development Scenario gives a 50% chance of staying within 1.5C, but it is not looking at whether the level of negative emissions technologies needed to get there is feasible or sustainable. This raises questions about the scenario’s achievability.

Reaching net-zero emissions by 2050 requires a massive scale-up in renewable energy and efficiency, the electrification of cars, heating and heavy industry and an end to the extraction and burning of coal, oil and gas.

Swift technological advances make this possible, according to the Exponential Roadmap report released in September. Solar and wind are now cheaper than fossil fuels in many places, although the IEA has consistently under-estimated their pace of development and fall in costs. Electric vehicles could reach 90% of the market by 2030 (with the right policy support) and digitalisation could shorten delivery routes and respond to real-time changes in energy demand.

When the Paris Agreement was struck in 2015, the differences between 1.5C and 2C of warming were not well known. With the Intergovernmental Panel on Climate Change’s October 2018 report, we know how much worse the impacts could be and how quickly we need to change to avoid them. We know that economic damages would be two to three times higher under a 2C rise and that it would cost $8 trillion to $11 trillion more by 2050.

The IEA has the power to shine attention on transformational solutions. Its Offshore Wind Outlook, released in October, acknowledged the game-changer that offshore wind energy could be. It noted that offshore wind power is not very variable (so doesn’t require back-up generation), that its costs are falling and that it could produce cheap hydrogen to help decarbonise heavy transport and petrochemicals. It also highlighted the business opportunity for oil and gas companies to apply their offshore expertise to this new market.

Now we need the IEA, led by Fatih Birol, to turn the 2020 World Energy Outlook into a game-changer for the global economy. Birol made the WEO the authoritative voice it now is, over 15 years as the IEA’s chief economist before he became executive director in 2015.

2020 is the year by which the curve of emissions must begin its descent, in order to fall by 50% within a decade. It’s also the year when governments review and raise their pledged efforts under the Paris Agreement. A central pathway in the WEO would go a long way to helping them align with a 1.5C limit.

If he wants the WEO to remain relevant and fit for purpose in the world that we must head for, Birol and the IEA need to step up to the demands of our time.

Andrew Higham is chief executive of Mission 2020 and a visiting fellow of practice at the University of Oxford’s Blavatnik School of Government.