The Socialists won most seats, but were weakened by rise of far right and conservative vote. Madrid climate talks unlikely to be affected 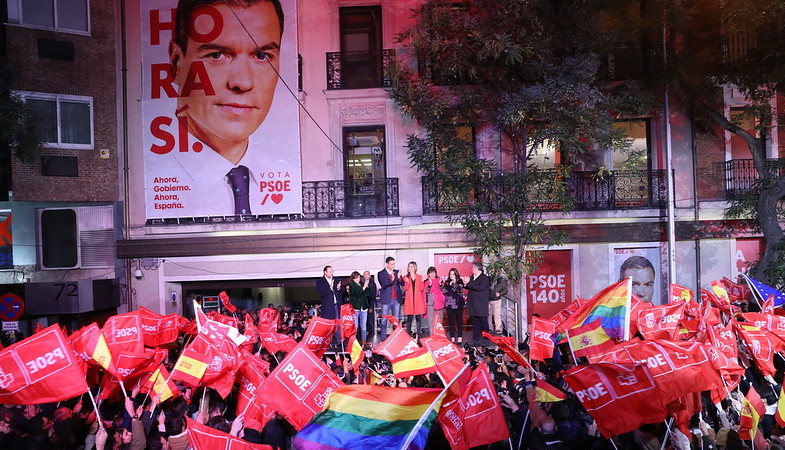 Spain – host of the UN climate talks in just three weeks – remains in political limbo, after a gamble to call elections on Sunday failed to reward the governing socialists with a majority.

The Spanish socialists (PSOE), who are scrambling to host the Cop25 summit in December after civil unrest led Chile to withdraw its invitation, won 120 seats in the 350-seat parliament – three less than in elections in April.

The country now faces a hung parliament and continuation of the last six months of difficult political negotiations. This leaves the socialists in charge in a caretaking capacity and the organisation of Cop25 remains in their hands.

The Ministry of the Ecological Transition said that the results of the election would not impact upon the preparations of COP25.

According to Artur Patuleia, an analyst with the E3G think tank, coalition negotiations are expected to stretch on beyond the conference’s 2 December start date and preparations should be unaffected.

The conservative People’s Party (PP) shot up from 66 to 88 seats after leader Pablo Casado shifted towards the centre. Earlier this month, Casado said he backed the socialists’ move to bring UN talks to Spain’s capital after Chile dropped out at the last minute.

Buoyed by the separatist crisis in Catalonia, far right Vox Party more than doubled its seat count to 52, while liberal Ciudadanos all but disappeared from the political scene, nosediving from 57 to 10 seats.

This leaves Pedro Sanchez with the options of forming a coalition government with an enfeebled far left Podemos (down from 42 to 35 seats) and Catalan separatists, or with the PP.

Addressing reporters outside the party headquarters in Madrid, Casado did not exclude the possibility of backing the socialists.

But Patuleia, who authored a report on the transition away from coal in Spain, said that the probability of a pact with the conservatives was “very low”.

“From a climate perspective, the best scenario would be a PSOE minority government, or a PSOE government in a coalition with Podemos, some regional parties and Ciudadanos,” he said.

The election also saw coal mining regions largely reiterate support for the PSOE even after the party closed the country’s 26 coal mines in December 2018 and vowed to shut nine out of 15 coal-fired power plants by June 2020.

The socialist government struck a deal with the mining unions in October 2018, committing the country to inject €220m into mining regions over the next decade, boosting retirement schemes and retraining.

Despite an overall rise of the PP and far-right, municipalities hosting the country’s most polluting coal-fired plants all re-elected champions of the transition away from polluting energy. The PSOE clinched a winning vote share of 30.14% in Pontes de García Rodríguez  (Asturias, North West), 34.66% in Carreño (Asturias, North), 35.47% in Carboneras (Andalucia), 25.46% in Teruel (Aragon, North) and 29.57% in Los Barrios (Andalucia).

“The PSOE maintained the number of seats in the Asturias region. From that point of view one can conclude that an alignment with the climate ambition and social tradition was successful,” Patuleia said.

The next UN climate summit, also known as COP25, will be held in Madrid from 2 until 13 December.