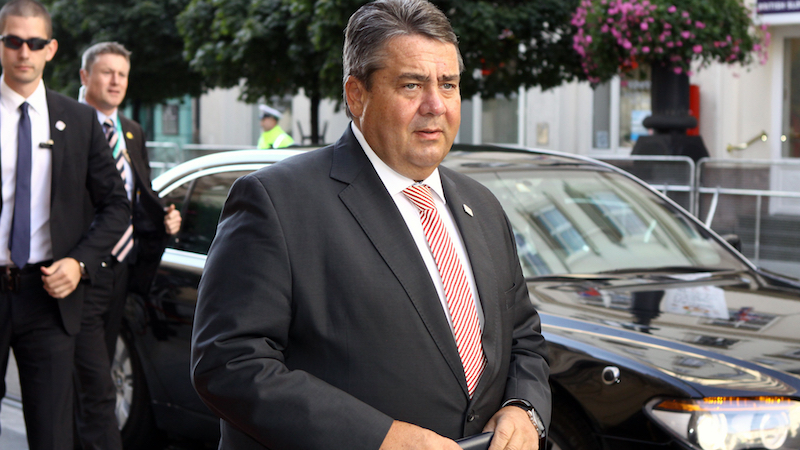 Germany’s former vice-chancellor Sigmar Gabriel is tipped to become the director of the country’s powerful automobile lobby, the German Association of the Automotive Industry (VDA).

Quoting unnamed sources, the Sunday edition of the Bild tabloid said it was “99% sure” Gabriel would get the job. “Save for insurmountable, last-minute differences, he will become the new president,” the source said.

Gabriel, a former leader of the Social Democrats party (SPD) who served as foreign minister, is in competition with another politician from the right-wing Christian Democrats, Hildegard Müller, for the role replacing former Ford CEO, Bernhard Mattes, according to reports. The salary is estimated upwards of €600,000 ($666,000) per year – double Chancellor Angela Merkel’s earn.

The news is the latest twist in the long-running entanglement between Germany’s political class and its influential car manufacturing sector, which accounts for around 830,000 jobs and is worth $444 billions.

According to AFP, the car industry became disgruntled over Mattes’ lack of political connections and poor defence of the sector following revelations in 2015 that flagship German car-maker Volkswagen had cheated emissions tests, known as the Dieselgate scandal.

Gabriel was a member of Volkswagen’s supervisory board from 1999 to 2003 while he was premier of the northwestern state of Lower Saxony. The state still owns a stake in the company and controls 20% of the voting rights.

There is a long tradition of top German government officials either coming from the industry or going to work there.

“For many years, the car industry has used its grip over the German government to bend legislation in its favour,” Pia Eberhardt, a researcher and campaigner at Corporate Europe Observatory, told Climate Home News.

“Gabriel’s knowledge and extensive contacts to the German political elite will be extremely valuable for the industry’s future lobby battles, whether they will be about lowering CO2 emissions to fight climate change or about more stringent testing requirements to prevent the industry from cheating like in the Dieselgate saga,” Eberhardt said.

Contacted by CHN, the SPD declined to comment on Gabriel’s “future career … [given that he] is no longer part of the executive board of the SPD.”