As a dieselgate-charged election approaches, data reveals German officials met with auto lobbyists more than once every two days to discuss the scandal 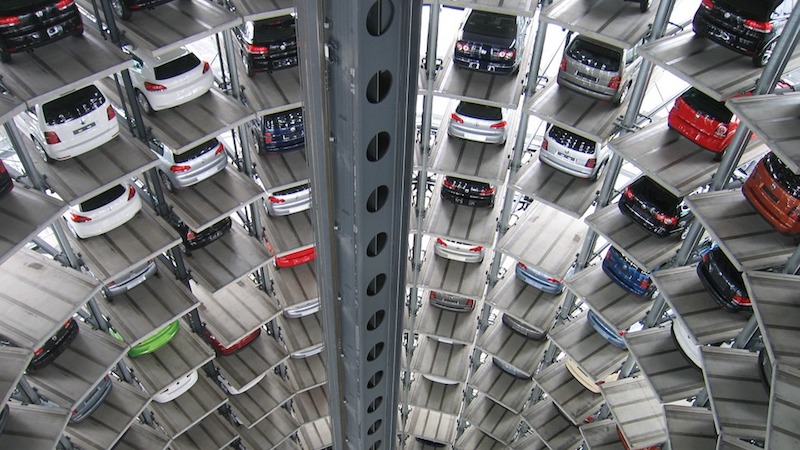 Despite recent scandals, VW and other carmakers retain close ties to the top of the German government (Photo: Maxpixel)

Car industry lobbyists have met with the German government to discuss the VW dieselgate scandal and pollutant emissions more than once every two days since the scandal broke in 2015, official data shows.

The level of access to top officials has raised concerns about the influence of the car lobby in Berlin, just as the 24 September federal election is forcing party leaders to confront diesel pollution.

At a meeting with city leaders in the capital on Monday, chancellor Angela Merkel pledged to double a €500m government-industry fund to help local councils rein back soaring emissions that have sparked European court action and over 50 city lawsuits.

Critics see the proposed car software upgrades and urban transport improvements as a palliative to block calls for comprehensive – and expensive – hardware retrofits. This view may be strengthened by news of the auto industry’s extensive access.

Public unease with Germany’s auto industry has grown, as the revelations that VW stacked its software to cheat emissions tests were followed by allegations that it colluded with Daimler and BMW in cartel-like behaviour.

But Germany’s auto industry directly employs around 775,000 workers, and turns over more than €400bn per year, accounting for roughly a fifth of Germany’s exports in the process. This economic gravity means carmakers maintain a mighty pull on politicians across the country.

Evincing this, several top advisors and government officials have either come from or gone to work for carmakers.

Even Sigmar Gabriel, a respected SPD economic minister, sat on the VW supervisory board for four years while he was premier of the state of Lower Saxony, which holds a 20% stake in VW.

His successor, Stephan Weil, sparked controversy last month, when the German newspaper Bild revealed that he showed a draft parliamentary speech about dieselgate to VW management before delivering it.

Since the VW scandal broke in 2015, government officials have held 387 meetings with auto lobbyists about dieselgate and pollution, compared to 113 meetings with trade unions and just 59 with environmental and consumer groups. The data, seen by Climate Home, was released in response to a parliamentary question.

The German government and car industry both declined to comment on the release.

The content of these meetings is unknown and contact between government would be expected to maintain contact with an important industry. But dieselgate and the continuing non-compliance of the car industry lend credence to NGO claims that access equals inaction. Only around 10% of German cars meeting current ‘Euro 6’ NOx emission limits, according to a new study.

Daniel Freund, a spokesman for Transparency International told Climate Home said that state oversight had “collapsed” under the weight of industry pressure.

“I think we are no longer exaggerating if we say that the German government and regulatory agencies supposed to control and oversee the car industry have been captured,” he said.

Timo Lang, a spokesman for the NGO Lobbycontrol said the data evinced a “striking imbalance that clearly illustrates the close ties between Germany’s government and the automotive industry.”

He added: “Those close ties were a part of the problem leading up to the dieselgate scandal.”

Official figures for 2017 show that Merkel’s CDU party received €100,000 from Daimler, €100,002 from Susanne Klatten and Stefan Quandt, the owners of BMW, and €110,000 from the metal and electrical industry association in northern Westphalia, which partly represents the car industry.

However these figures may underestimate the car manufacturers’ largesse as they only cover direct donations – rather than sponsorships, which the auto industry increasingly prefers. In Brussels, VW alone spent €3.3m in lobby activities in 2014, according to Lobbyfacts.

Freund said such quids carried an expectation of pro quo’s – perhaps in the form of an open door policy for meetings with officials. “If they didn’t expect that, it would almost be a market failure,” he said.

“The companies are constantly optimising shareholder value and ensuring that they make money for their investors. If they went around giving money to parties for nothing in return, I think someone might question that.”

On Sunday night, dieselgate was again at the centre of the election campaign, with the SPD leader Martin Schulz calling for industry CEO’s to pay the price of the test-rigging scandal in a TV debate with Merkel.

Schulz has tried to make hay with the issue on the campaign trail, assailing Merkel for blocking collective lawsuits against VW and calling for an an EU-wide quota on electric cars.

However, after Merkel responded in mid-August by agreeing that diesel’s days were numbered, Schulz toned down his rhetoric, saying that diesel would be around for “much longer” than people expected.

“I think the trade unions got in contact with him to say: ‘hello, not so fast. We will have that transformation but it will take a long time,’” said Leinen. “Diesel is a bit of an ambiguous issue for the SPD. The Green party will always be more radical so we cannot win with the electorate on that front.”

The European commission is currently assessing whether a deal between the German government and carmakers to provide software updates for 5.3 million German motorists addresses the air quality and legal ramifications of dieselgate.

The agreement would reduce NOx emissions by up to 30%, but environmentalists in Germany are holding out for a more comprehensive – and expensive – hardware retrofit option.

She told Climate Home: “Merkel’s announcement that she’d join a second diesel summit in October and her invitation to city leaders and federal ministers to come to Berlin on Monday shows that she sees an urgent need for action – and that the court decisions are not going in her favour.”