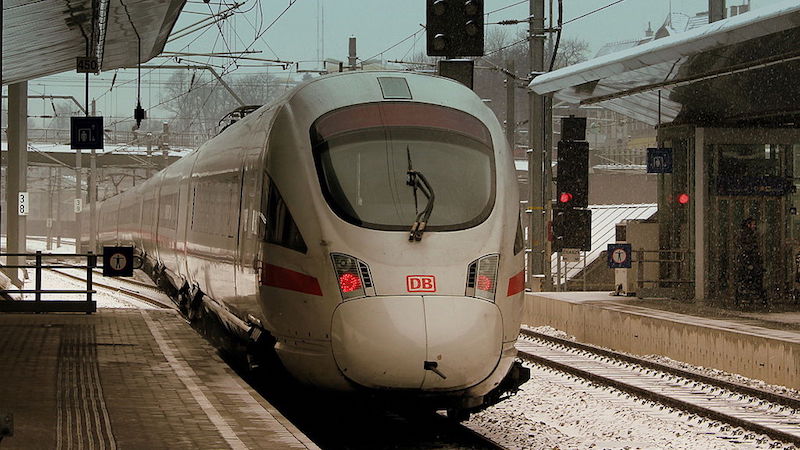 Germany’s railway service has had its credit rating score raised in response to a new climate law that will levy air and road travel, while cutting VAT for train journeys.

Deutsche Bahn (DB), a nationally-owned company which owns and manages Germany’s rail network, will be able to borrow money more cheaply after the S&P Global Ratings agency bumped its score from AA- to AA and confirmed its stable outlook.

The package, which was adopted by Germany’s cabinet on Wednesday, includes significant funding for the rail network in the next decade.

“In Europe it’s the first time that we have increased the credit rating of a large company because of climate action,” Beata Sperling-Tyler, senior credit analyst at S&P Global Ratings, told Climate Home News.

Sperling-Tyler said companies have previously had their rating score lowered because of the higher costs of emitting greenhouse gases, but the recognition of climate action as a source of financial health was significant.

“I believe this is an on-going shift of focus in the financial system,” she said. “Investors wanting to invest in infrastructure typically need to look at the long term and it’s very important for them that the company will still be operating and still generating cash flows over a long term horizon.”

The change in ratings was prompted by a $12 billion support package from the German government to make rail a more efficient and cheaper means of travel for passengers and freight.

The package was presented alongside a raft of other policy measures under the government’s Climate Action Programme 2030 which it hopes will put the country on track to reduce emissions by 55% from 1990s levels by 2030.

S&P Global said the government package “demonstrates stronger-than-ever support” for DB with government considering the company “instrumental in achieving Germany’s climate targets”. The measures are expected to translate into “noticeable additional earnings” for DB from 2020, it added.

Steven Tebbe, managing director of CDP Europe, a charity that helps companies disclose climate risks, told Climate Home News the move was “very encouraging” and a reflection that companies prepared to adapt to climate change are considered “a safe investment”.

“Some companies are better prepared for the future than others. Those that are less well prepared risk being downgraded, those better prepared will see a better rating,” he said, adding that while companies might have once considered climate action a cost burden, the reverse is now true.

“Climate action and financial sustainability are absolutely linked and the market is really starting to integrate that in its model. It’s just the beginning of a virtuous circle.”