Germany announces host of new measures to bring down CO2 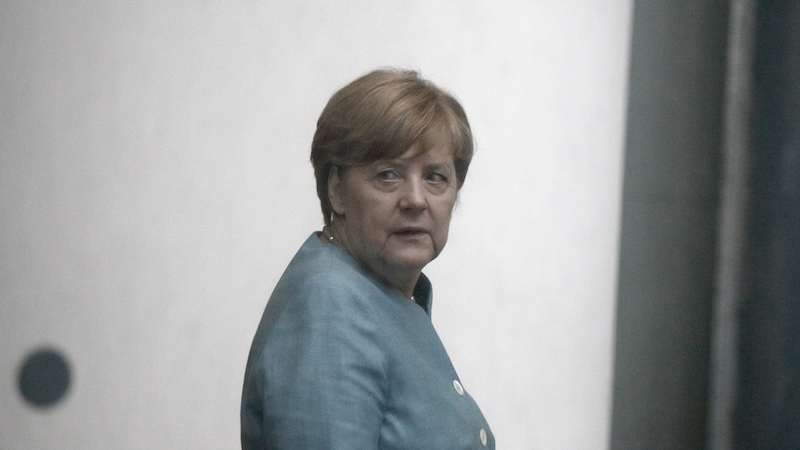 The German government has agreed to a carbon pricing system in the transport and construction sectors by 2021 as part of a new climate package, amid record climate protests in the country.

The so-called “2030 climate protection programme”, which comes less than three days before Antonio Guterres’ climate summit in New York, aims to help the country meet its 2030 national target of slashing CO2 emissions by 55% from 1990 levels. At present the country has achieved almost 30%.

Under the new emissions trading system, the government will issue emissions rights for €10 per tonne in 2021, with prices rising every year to €35 until 2025. From 2026 onwards, a cap will be placed on emissions, shrinking every year.

The best and worst of us – Climate Weekly

It is set to complement the European Emission Trading System (ETS), which is restricted to energy and industry emissions.

The legislation followed a night of heated talks, which saw conservative CDU/CSU alliance and the Social Democrats (SPD) spar over the CO₂ pricing and strategies to expand renewables.

While the legislation will save chancellor Angela Merkel from arriving empty-handed at Monday’s climate summit, it is unlikely to appease the country’s mounting appetite for radical green policies.

The Greens clinched 20% of the vote in the European elections in April and the announcement on Friday took place amid huge youth-led climate protests. On Friday, public broadcaster ARD released a survey showing that 63% of German voters wanted the government to prioritise climate, even at the cost of economic growth.

‘This movement is saving my life’: climate strikers on their year of protest

“The new imperative is to aim for zero greenhouse gas emissions. But the package only collects individual measures to meet the short term target, without a clear vision how to phase out fossil fuels completely,” said Höhne.

Returning from climate protests in Berlin, which organisers said were attended by up to 250,000 people, Alexander Reitzenstein, an analyst with the think tank E3G, said the measures were a “disappointment… and piece-meal”.

“The proposed measures mark a clear progress,” Reitzenstein said. “It is however quite unlikely that they will be enough to reach the domestic and European climate targets, notwithstanding the need for more ambitious targets to contribute to limiting global warming to 1.5C.”

The scheme to spare drivers from the effects of increased carbon prices was “quite controversial because many argue it incentives to use the car and increases traffic …. and basically offsets the effect of carbon pricing.”

He added that the entry-level emissions rights in 2021 were set at an “extremely low price”. “It goes up quite early but it’s really low.”

Ottmar Edenhofer, director of the Potsdam Institute for Climate Impact Research (PIK), agreed. “The grand coalition has not delivered on this central issue,” Edenhofer said in a statement.

“The price path [for the emissions trading scheme] is too low and does not extend far enough into the future to have a steering effect. By contrast, a sensible entry price is €50 per tonne of CO2 and rises to €130 by the end of the next decade, i.e. 2030. The carbon price should be the core instrument of climate policy, but now it only has an alibi function.”

Germany’s Fridays 4 Future group, which represents the student climate strike movement, dismissed the programme as “not my climate package”.

“It’s a bad joke when the federal government praises the pressure from #FridaysForFuture at the beginning of every statement and then wants to sell us decisions that further trample our future,” the campaign group tweeted.

The government is expected to unveil further details about the policy package further on Thursday at its next cabinet meeting.