Ministers watered down proposed language after opposition from ten member states, some of which are seeking financial support to cut emissions 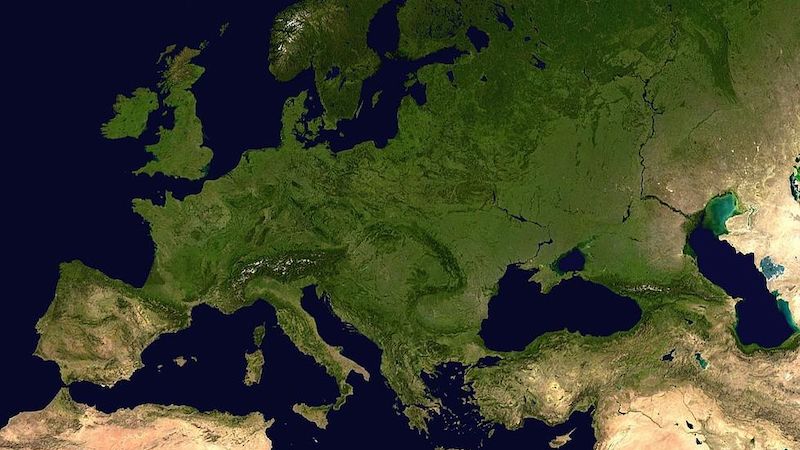 Environment ministers agreed on Friday to “update” the EU’s current emission reduction pledge next year but fell short of saying by how much.

Ten countries blocked attempts by the others to commit outright to an increase there and then.

At an environment council meeting in Luxembourg, the EU’s 28 national delegates gave their blessing to a joint position ahead of the UN’s annual climate conference in December.

Ministers agreed to a text that again says the council will complete its work on a pending climate-neutrality goal for 2050 by the end of the year. But the final conclusions on the EU’s 2030 target were watered down.

Under a first draft of the text, the EU would increase its so-called Nationally Determined Contribution (NDC) of 40% “in a manner that represents a progression of ambition beyond the current one and that reflects the EU’s highest possible ambition”.

That part was ultimately cut from the final version, which now simply reads “in 2020, the EU will update its NDC as agreed in Paris”.

EU climate chief Miguel Arias Cañete said in a press briefing afterwards that “under the Paris Agreement parties have to ‘update’ or ‘communicate’. Here, we’ve chosen ‘update’.” He also quoted the draft conclusions, labelling the final version a “progression of ambition”.

“A long-awaited decision to massively scale up EU emission cuts has been delayed yet again at a time when millions of people take to the street to protest against government inaction,” said Wendel Trio, head of environmental group CAN Europe.

He added that “the EU needs to commit to a much higher target in early 2020 to encourage other countries to do the same”.

Incoming European Commission president Ursula von der Leyen has pledged to increase the NDC to 50% and to bump it up to 55% when appropriate. Cañete reiterated on Friday that current EU policies mean the bloc is de facto on course to hit 45%.

EU diplomats were not overly disappointed with the result of the council though and even praised the fact member states had come to an agreement ahead of Cop25 in Chile, which was the main objective of the meeting.

According to officials contacted by Euractiv the lack of unanimity on ratcheting up the target at this stage was expected but they warned that patience with countries still dragging their feet is beginning to wear thin.

The Czech Republic and Poland in particular refuse to commit to new targets until the costs of ditching fossil fuels are explained fully. Polish energy officials last week insisted that the idea of going carbon neutral by 2050 is “a fantasy”.

EU diplomats insist that they appreciate the economic concerns, given the difference in starting positions between the likes of Poland and France, but have also warned that it is up to Budapest, Prague, Warsaw and others to tell the council what they actually need.

Although the climate hold-outs might be scant on details, their big ask is quite simple: money, and lots of it. Poland especially is adamant that fresh financial assistance should be granted, on top of existing streams from the EU budget and emissions trading system.

One likely source of cash is the European Investment Bank (EIB), which is currently deciding on how to tweak its energy-lending policy. Under a draft proposal, the EU lender will finance up to 75% of projects submitted by poorer member states rather than the usual 50%.

But there is also a brewing controversy over the EIB’s initial proposal to purge its loan books of fossil fuel projects. The latest draft of the policy update, which must be given the green light by shareholders, has already watered down that suggestion.

The current version introduces “unabated” before “fossil fuels” and adds an entire paragraph dedicated to how “low carbon gases” are needed to decarbonise the EU’s energy system.

More than 60 civil society groups wrote to the EIB leadership on Monday to raise concerns about the latest draft and to urge bank officials to put the original version to a vote on 15 October, when a decision is due.

“The proposed changes run counter to the spirit of the EIB’s draft proposal and to the EU’s proposed overall goal of reaching climate neutrality by 2050,” the letter reads.

It adds that “we are deeply disappointed to see that certain EIB stakeholders – in particular, the European Commission – appear to have succeeded in weakening the original strong draft”.

The commission has reportedly been instrumental in introducing loopholes for gas in the newest version and an EIB source told Euractiv that officials also want to push back the 2020 cut-off point for certain fossil projects.

In a separate letter sent by investors and industry players, the EIB is urged to “not subsidise fossil fuel projects whose lifetimes are likely to extend into the second half of the century”. The letter adds that the bank’s first draft “sent an important signal to financial markets and institutions across the globe”.

Von der Leyen insisted during her campaign to secure the backing of the European Parliament that she wants to turn the EIB into the bloc’s climate bank. By the time she takes office on 1 November that task could have been made more complex.

This story was originally published by CHN’s media partner Euractiv