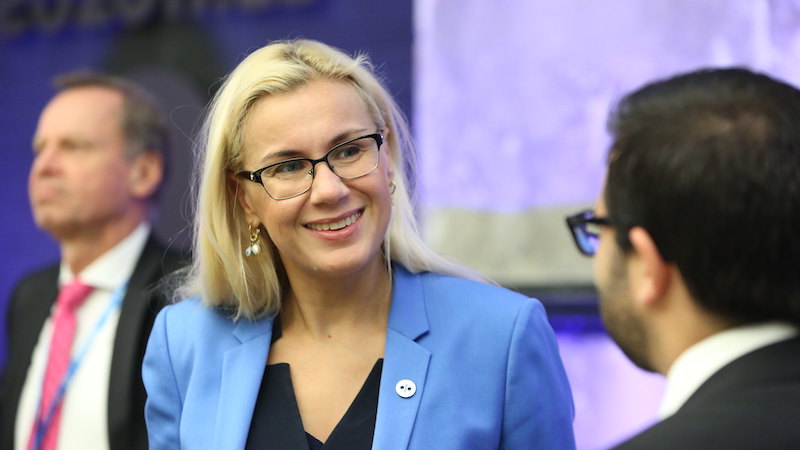 Natural gas will enable the EU’s transition to climate neutrality, Kadri Simson told European lawmakers before she received their backing to become the bloc’s next energy commissioner on Thursday.

Simson, a liberal from Estonia’s Centre Party and a former minister of economic affairs and infrastructure, set-out her energy policy vision during a three-hour hearing in front of the parliament’s committee on industry, research and energy (ITRE).

Simson, who received cautious support from a majority of MEPs, defended the use of natural gas to wean countries off coal.

Gas “might be the most cost-efficient option for replacing coal-based power plants,” she told MEPs, citing energy security as another reason to invest in “future-proof” gas infrastructure.

EU technology costs vary from country to country. However in May this year, a report by the International Renewable Energy Agency (IRENA) found that globally by 2020 onshore wind and solar PV will be consistently cheaper sources of new electricity than the least-cost fossil fuel alternative, without financial assistance. 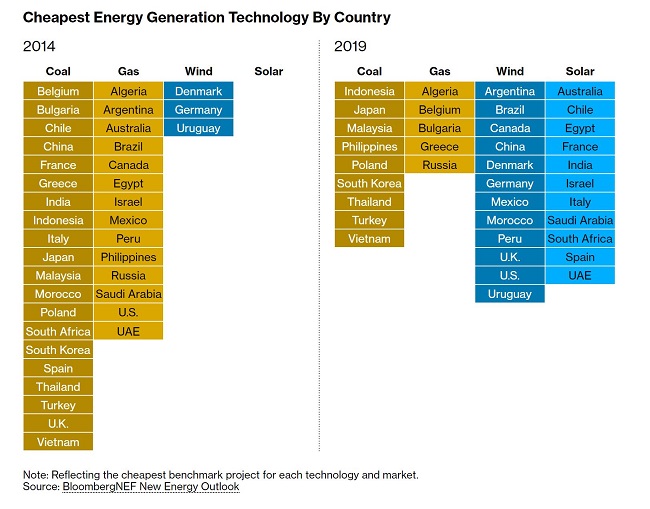 She said liquefied natural gas (LNG) imports from the US had “been successful and it should be continued”. As of May 2019, about 13.4% of all EU gas imports came from the US, an increase of 272% since 2016, according to the EU Commission.

Asked whether the use of LNG was compatible with the Paris Agreement, Simson said hydrogen and lower-carbon gases such as biogas would have to be used increasingly in the near future.

She expressed support for the EU’s proposed 2050 climate neutrality target, describing it as “a wise thing to do”, and called for more investments in accommodating and storing renewable energy, adding: ”It is unthinkable that Europe can become climate neutral by 2050 without colossal efforts in research and innovation to develop new technologies.”

But many MEPs were left unsatisfied by the lack of detail and concrete measures in Simson’s answers.

The conservative European People’s Party (EPP) said their support came despite “a mixed reaction” to her presentation. The Socialists and Democrats Group (S&D) said they would make sure she delivered on a “green new deal”, measures to fight energy poverty and a just transition fund. In an email to Climate Home News, the Greens political grouping in the EU Parliament, said they were “not satisfied with Simson’s performance”.

Immediately after the hearing, there were doubts the Estonian would receive support from the MEPs. However later on Thursday the two largest political groupings in parliament, the EPP and the S&D decided to back her nomination. Support from centre-right Renew means Simson is the presumed next energy chief.

In the middle of the hearing, Estonia’s prime minister Jüri Ratas announced his government unanimously backed the EU’s 2050 net zero emissions goal – leaving just Poland, Hungary and Czech Republic to come on side.

Simson is expected to be confirmed in her new role when the EU Parliament votes on the package of nominee commissioners on 23 October.

If confirmed, she will face an uphill task to win over support from more progressive MEPs.

Belgian left-wing MEP Marc Botenga told Simson he was “scared that the yellow vests and the young people fighting for our climate are not being heard… I want a firm commitment that you will favour renewable energy over oil and gas,” he added.

“We are worried about your climate credentials,” warned Green MEP Ville Niinistö, Finland’s former environment minister, arguing that Simson supporting shale oil when she served as minister in Estonia.

Writing on Twitter, Danish MEP Niels Fuglsang, a member of the Social Democrats grouping, said Simson gave “a weak performance… avoiding concrete answers on whether she will propose higher shares of renewable energy than the current 32% EU goal for 2030.”

Instead, she pledged to launch an evaluation of “how legislation in the energy sector can deliver a more ambitious target” and backed EU Commission president-elect Ursula Von der Leyen’s promise to increase the 2030 emissions reduction target to 50% from 1990 levels.

Simson insisted “this will be an overarching topic for the next commission” and a matter for vice-president elect Frans Timmermans, who Von der Leyen tasked with developing the European green deal over the next five years.

Unlike her predecessor Miguel Arias Cañete, Simson’s brief does not directly include “climate action” – a portfolio entrusted to Timmermans, whose brief includes enhancing the EU’s climate ambition.

But with energy production accounting for 75% of the EU’s emissions, Simson will have “a central role to play” in climate policy, according to her mission letter. The relationship between Simson and Timmermans will be crucial for the EU to ramp up its ambition on climate action.

Simson stressed her responsibility was to ensure the bloc’s energy security, maintain affordable energy prices and ensure European businesses and industries remain competitive in the transition to a green economy.

Left-wing Spanish MEP Sira Rego, representing the United Left, warned that the measures presented by Simson were “not going to solve the climate emergency”.

Wendel Trio, director of Climate Action Network Europe, an umbrella group of NGOs, said gas “can seriously undermine Europe’s efforts to tackle the climate crisis and should have no room in the clean energy transition”.

Instead, he warned Simson should have “a clear direction on speeding up the transition towards energy savings and 100% renewables in Europe”.