The best and worst of us – Climate Weekly 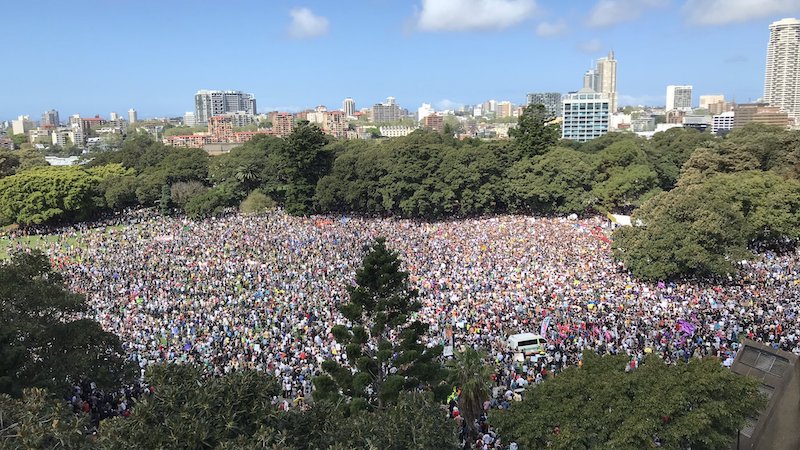 Climate strikers in Sydney on Friday. Australia's government has no plan to increase its climate targets and will not present at next week's UN summit (Photo: Kym Chapple)

During the next few days the world will witness the best and worst of our collective effort to stop heating the planet.

The best – a youth-inspired protest that organisers are billing as the biggest climate mobilisation in history – will be seen in cities and towns across the globe on Friday.

We asked a few of the young people who have built this global movement to reflect on what their year of activism has meant to them. They sent us short videos (please share them) and the message is simple: they see it as a matter of survival.

The worst we’ll witness on Monday when the UN secretary general convenes national leaders for a summit in New York. The leaders speaking will be from vanguard countries, those who have satisfied the UN chief’s demand for greater, faster cuts to carbon.

But Chloé Farand reports that more than 100 countries applied to address the summit and almost half of them were rejected by the UN on the grounds that their plans were not ambitious.

Meanwhile big polluters China and India, who are invited to speak, this week released what appeared to be coordinated statements making clear they see already-rich countries as the ones who must lead.

Any hope for a breakthrough is misplaced. But the carefully choreographed contrast between young, angry, hopeful protesters and ossified politicians plays on the anxieties of the political class. Existential crises all round.

Last but not least, all of us here at CHN wish your regular correspondent Megan Darby the absolute best on the maternity leave.