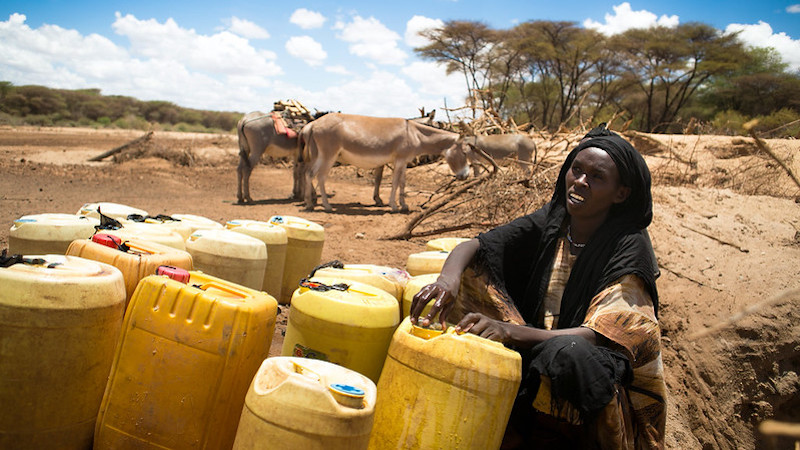 By Sara Stefanini in Addis Ababa

Life is getting tougher for Kenya’s pastoralists. Unpredictable crop seasons make it harder for women to feed their families, their cows are dying of thirst, and the poverty is pushing fathers to marry their off their daughters before they hit their teens.

The problems vary, but, locals say, they boil down to a single root cause: climate change.

“Climate change is linked with literally everything we do,” Agnes Leina, founder and head of a Kenyan non-profit that supports pastoralist women and girls, said at a conference in Addis Ababa, Ethiopia this month.

“These girls getting married early is 100% because drought kills cows. Eighty percent of girls drop out of school because of drought; they don’t want their father to be laughed at,” she said.

These are the types of knock-on climate change effects that have crept to the present after decades of scientific warnings. While in rich countries the focus remains on reining in greenhouse gas emissions, for large parts of the world’s population the most pressing challenge is coping with their impact.

Climate change is linked to water shortages in hydropower-reliant Ethiopia and Zambia; to the rising heat inside India’s tin-roofed homes; and to the growing trend of young child marriage in Kenya, Bangladesh and elsewhere. This variation and unpredictability makes an organised response very difficult.

There’s a set number of ways to reduce emissions around the world. They include the phase-out of fossil fuels for energy and transport and hydrofluorocarbons emitted from fridges and air conditioners, and the planting of trees to absorb carbon dioxide.

How to adapt, instead, depends on how changes are affecting local industries – from farming to fishing to tourism – and how those impacts trickle through cultural nuances, such as the role of women in growing food or collecting water. Forget talking on a global scale, even national governments struggle to respond to the real impacts felt by communities.

“Mitigation is very clear. For adaptation there are still confusions,” said Madan Pariyar, from the non-profit International Development Enterprises in Nepal. “We must talk of local action, rather than country-wide action, because the priorities differ from place to place.”

In Kenya, changes in climate are further destabilising the pastoralist tradition of roaming the drylands and taking care of cows, camels and land – without ownership. Modern property laws have already limited where they can go, while the increasingly erratic seasons make it harder to find water, grow food or feed livestock.

“I used to walk 15 minutes to get water from a stream. Then the stream dried up and we walked one hour, then two hours,” said Leina, who created the Ill’laramatak Community Concerns group in 2011. “That’s four hours of your day. Then you’ve not done the firewood, the washing, the cooking. How can a girl study too?” 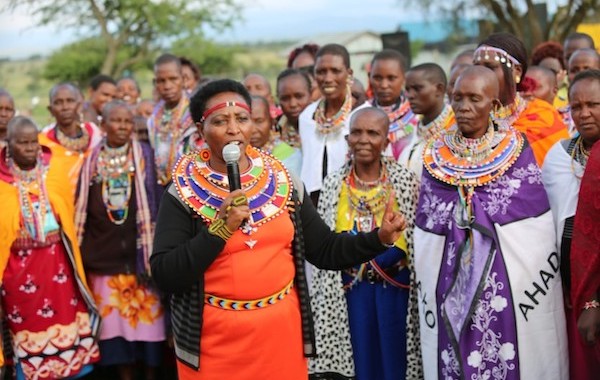 Leina and her group, named after the Maasai word for “caregiver”, visit pastoralist families and urge them to send their daughters to boarding school. One school now has 720 girls, around 150 of whom were saved from female genital mutilation as early as nine years old and marriage soon after, she said.

Ill’laramatak also helps women build “alternative livelihoods”. It encourages them to make their traditional beaded jewellery to sell on its website, bought sewing machines for them to make school uniforms and teaches them to make cleaner biomass briquettes for cooking fuel.

This is one characteristic that community-focused programmes worldwide tend to share: they aim boost local development while also adapting to a changed climate.

In India’s heat-stressed Gujarat state, the non-profit Mahila Housing Sewa Trust is working to cool tin-roofed urban houses, where it can get 2-3C hotter than outside. It helped bring down the cost of replacements made from compressed plant fibres – to around 70% of the average monthly income – and worked with bankers to create affordable loans. The new roof allows people to work from their homes during the day.

“Why are people investing? Because their home is their livelihood,” said Siraz Hirani, from Mahila Housing Sewa Trust. “It’s not that the poor does not want to adopt technologies, it’s that the poor cannot afford the technology.”

Similarly, organisations for farmers in India’s Maharashtra state, Kenya and Uganda are helping farmers identify more durable seeds, for instance requiring less water, to feed themselves and to sell.

But while local groups are finding ways to adapt and develop simultaneously, international aid is still hard to secure, especially to go beyond one-off, time-limited projects.

Developing countries said in their commitments to the Paris climate agreement that they will need $50bn a year for adaptation between 2020 and 2030, according to a UN Environment Programme report published in December.

The sums flowing so far are much smaller. Of the $17.4bn in approved public funding for climate change as of 2016, less than 10% – $1.5bn – was earmarked for locally focused projects, according to the International Institute for Environment and Development (IIED), which organised the Addis Ababa conference. Out of those local projects, more than half appeared to be focused on adaptation and less than a quarter on mitigation, it said.

The world’s 47 least developed countries are now calling for an overhaul in the way adaptation aid is handed out.

The bloc, which negotiates together in UN climate talks, wants efforts on the ground to be linked more closely with public and private donors and is urging all governments to set out clearer adaptation plans when they submit their 2050 commitments to the Paris Agreement. The commitments are due by the end of 2020, but the bloc intends to exert pressure at the UN Secretary-General’s Summit this September.

“[The 2050 plans are] an opportunity for our countries, because we will be able to move from short-term planning to long-term,” said Gebru Jember Endalew, Ethiopia’s lead climate negotiator and former chair of the least developed group.

The call comes amid growing awareness of the extreme weather that is linked to climate change – such as this year’s deadly floods in Iran and Cyclone Idai in southern Africa, and the -50C chills across the US.

The concern in the developing world, however, is that new money will be driven by destruction in rich countries and directed towards emergency responses, rather than prevention.

“When things happen, like [Idai] in Mozambique, they come very quickly because they want to save lives,” said Constance Okollet, head of the Osukuru United Women Network, an umbrella for 1,200 small community groups. “But it is the small-scale farmer in the community down there who feeds the whole world. If they could see and help, these people would develop quickly. We try, but we can’t reach it because we do not see the money.”