In an unprecedented 7-hour live town hall, candidates to take on Trump presented plans that would place US at forefront of fight against warming 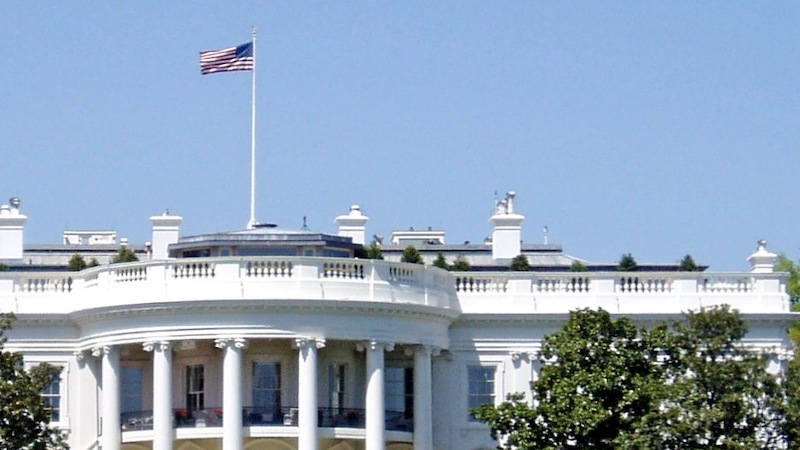 Whoever wins the White House in 2020 will have a huge influence on the global fight against climate change (Photo: CC-BY-SA-3.0/Matt H. Wade)

The Democrat candidate opposing Donald Trump in the US 2020 election will carry one of the most ambitious climate plans of any large developed country – with far-reaching impacts beyond American borders.

In a marathon seven-hour prime-time televised discussion on the climate crisis and how to address it, Democratic candidates set-out unprecedented plans to overhaul the US economy away from fossil fuels with record investments in research and innovation and the promise to create millions of jobs.

Candidates differed on the pace of decarbonisation and scope of the energy transition: former vice-president Joe Biden talked of $1.7 trillion of federal investment over the next 10 years, while Vermont senator Bernie Sanders promised Americans $16.3tn of public investment to finance his transition plan.

But all were ambitious enough to present a stark contrast to Trump; making the 2020 election critical to global prospects for climate action.

Leading the polls in a field of 20 Democratic hopefuls, Biden, Massachusetts senator Elizabeth Warren and Sanders each presented plans to achieve carbon neutrality by the middle of the century. A move that would send a powerful signal to other large carbon emitters such as China, which has been waiting on the EU and the US to ramp up ambition.

Warren, one of the first sponsors of the Green New Deal which calls for net zero domestic emissions by 2030, committed to achieve 100% zero-emission energy in electricity generation by 2035. Her detailed plan includes milestones in 2028 and 2030 for zero-carbon buildings and zero-emissions vehicles.

Sanders, a veteran politician on the left of the Democratic party, promised to reduce domestic emissions by at least 71% by 2030 and achieve full decarbonisation by 2050.

Meanwhile, Biden, the frontrunner who worked alongside Barack Obama to secure the Paris Agreement, committed to net zero emissions by 2050, promising to put in a place an enforcement mechanism and milestones targets by 2025.

UN secretary general António Guterres has asked all world leaders to plan for carbon neutrality by 2050 ahead of his UN climate action summit later this month. But this demand is something only a handful of developed countries have committed to so far.

And while large emerging economies such as China and India have made noises they were ready to set long-term emissions reductions goals, there are no signs carbon neutrality is under serious consideration.

By adopting a pathway to carbon neutrality, a Trump-defeating Democrat would considerably change the political dynamic on the international stage and further cement the benchmark for ambition set out by Guterres.

“We’re only 20% of the problem,” said Warren, approximating the US’ 15% contribution to emissions. “Now that’s a big hunk of the problem but there is another world out there that is 80% of this problem, so you bet that this is a moment when we better dream big and fight hard.”

The top three candidates promised to re-engage the US in the Paris Agreement and on the international stage to create a race to the top for climate action.

Biden made his experience and ability to assert diplomatic clout among the world’s largest economies a key part of his campaign pledge.

“There is no leadership,” Biden said, referring to the G7 summit. “I know almost every one of these world leaders. If I had been president today, I would have at the G7 made sure this became the topic. There would be no empty chair. I would be pulling the G7 together.”

In his first 100 days in office, Biden pledged to convene a summit to persuade leaders of the major carbon-emitting countries to make more ambitious national pledges.

He promised to hold China accountable to high environmental standards over its belt and road initiative and strike bilateral agreements with Beijing to reduce emissions – echoing the 2014 agreement between the two countries that paved the way for the Paris deal.

Both Biden and Sanders said they would recommit the US to the Green Climate Fund, with Sanders promising $200 billion. Warren pledged $100bn over 10 years to countries hardest hit by the climate crisis.

All three candidates have pledged to impose a border carbon adjustment fee on CO2-intensive imported goods. But Warren and Sanders went further still, demanding an end to all overseas financing of fossil fuels and committing to using trade deals as a leverage for climate action.

For Warren, eliminating domestic fuel subsidies should become a precondition for entering trade negotiations with the US. Meanwhile Sanders said his administration would renegotiate trade deals to ensure binding climate standards “with swift enforcement”.