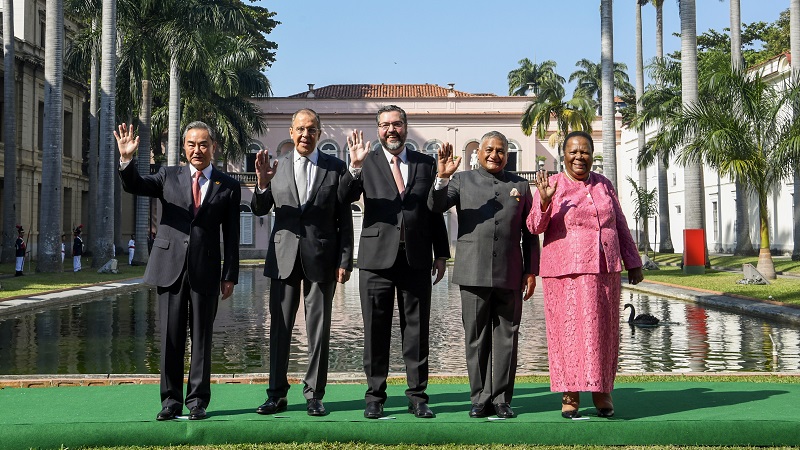 UN chief António Guterres’ universal demands for countries to ramp up ambition ahead of his climate action summit next month are failing to resonate among emerging economies.

The secretary general aims to galvanise global political leadership for climate action by convening a high-level summit in New York on 23 September. Countries with the most ambitious plans to accelerate decarbonisation are expected to compete for the spotlight.

With little more than a month to go before the summit, environment ministers from the “Brics” countries – Brazil, Russia, India, China and South Africa – are meeting in Brazil. “Basic” – the same group minus Russia – is anticipated to have its own meeting focusing on climate issues. But for both occasions, expectations are low.

A statement put out by the Brics foreign ministers last month contained only a token mention of climate cooperation. It “looked forward” to “positive outcomes” at the UN climate action summit and reaffirmed ministers’ commitments to the Paris Agreement, “including the principle of common but differentiated responsibilities and respective capabilities”.

Under this principle, developing countries assert the industrialised world should shoulder more responsibility for their historical emissions – something Guterres has not mentioned in connection to his summit.

China is expanding its UN presence, in belt and road push

Last month, Guterres wrote to every head of state asking them to come to the summit ready to announce how they will strengthen their 2030 target and plan for carbon neutrality by 2050.

For many in the developing world, where coal remains a large part of the energy mix, these demands reflect the narrative of developed countries, where coal is largely on the way out and rapidly being replaced with gas and renewable energy sources.

“No new coal [plants by 2020] will be considered to be a pro-developed countries agenda because the US and Europe have more or less moved to gas,” Chandra Bhushan, deputy director general of the Delhi-based Centre for Science and the Environment (CSE) told Climate Home News.

“I think that is not going to happen for most developing countries,” he said, despite India having “significantly downgraded its ambition on coal and increased its renewable ambition”.

But Bhushan poured cold water on any expectations that India might be ready to increase its climate target. “If the UN [secretary general] can reignite countries’ excitement about tackling climate change, that would be a huge achievement. But I am not expecting any big announcements at the [summit],” he said.

Li Shuo, senior climate and energy policy officer at Greenpeace China, expected no more from Beijing, saying China’s representative at the summit is tipped to be a lower ranking official than initially expected.

China is “keeping its cards very close to its chest but I’m expecting a procedural statement with commitments to update its climate targets and publish a long-term strategy before the end of 2020,” he said.

Meanwhile from Brazil, “there is a possibility that nobody comes to the summit,” Alice Amorim, climate policy coordinator at the Rio de Janeiro-based Climate and Society Institute told CHN. She added that Bolsonaro’s government was more concerned about the impacts of rising deforestation on trade agreements than about climate action.

Across the group, domestic issues are outranking climate change on the agenda.

Beijing is preoccupied by escalating trade tensions with Washington and mass street protests in Hong Kong. In India, prime minister Narendra Modi’s move to revoke the autonomy of the Muslim-majority region of Kashmir has inflamed a long-running conflict with neighbouring Pakistan. And in South Africa, a power struggle for control of the ruling ANC party continues to dominate national politics.

In this context of rising nationalism, coupled with US withdrawal and fragmented European politics, “the idea that countries will commit themselves to share the burden [of climate action] equally is completely unrealistic,” Paulo Esteves, senior research fellow at the Institute for Advanced Sustainability Studies and director of the Brics Policy Center told Climate Home News.

Esteves argued that Guterres’ horizontal approach to climate action was “not effective”.

“It’s not the way to get these [emerging] countries to stand up for climate action. Having said that, I don’t know any other way,” he admitted.

To Bhushan, Guterres’ summit should be “cooperative” rather than “competitive”.

“Instead of squeezing and pushing emerging economies, I think the debate has to be a discussion about how do we collaborate. I don’t think a competitive framework is going to solve climate change,” he said.

And yet, for collaboration to work, richer and more developed countries are expected to make the first step for developing countries to follow.

“If developed countries do not sow the seeds of change, I think the developing world will never embrace the speed of change that is needed,” Amorim said.