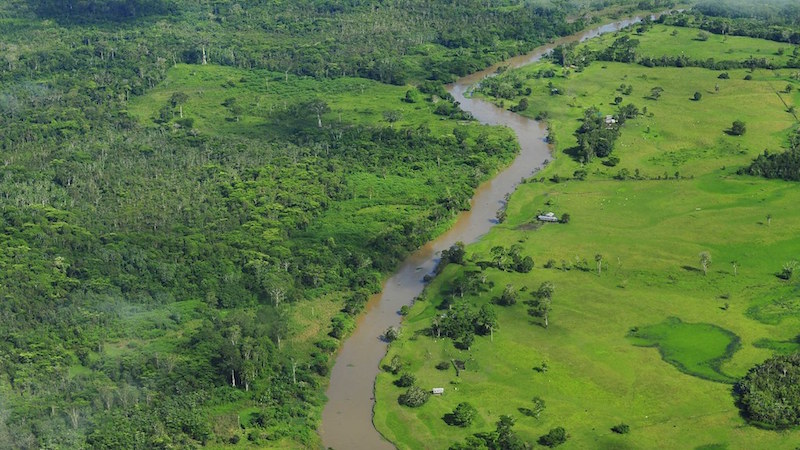 Brazilian President Jair Bolsonaro on Sunday said his country has “no need” for German aid aimed at helping protect the Amazonian forest, after Berlin said it would suspend some payments because of surging deforestation.

Brazil is home to more than 60 percent of the Amazon forest, which is being cleared at an increasing rate to create more cropland.

The Amazon is vital to the exchange of oxygen for carbon dioxide in the atmosphere – a check on global warming – but concern about the forest has grown since Bolsonaro took office in January.

“They can use this money as they see fit. Brazil doesn’t need it,” Bolsonaro, a far-right populist, told journalists in Brasilia.

His comments came after Germany on Saturday said it would block payment of €35 million ($40 million) to Brazil for forest conservation and biodiversity programs until the Amazon’s rate of decline attained encouraging levels once again.

Brazil’s National Institute for Space Research (INPE) said on Tuesday that roughly 2,254 square kilometres of the Amazon were cleared in July, a spike of 278% from a year earlier.

From 2008 until this year, Berlin paid 95 million euros in support of various environmental protection programs in Brazil.

Norway, which has contributed the most to the fund, has threatened to withdraw, and said last year that payments to Brazil would be cut in half and might be eliminated altogether.

Asked Sunday by a reporter about Brazil’s image abroad, Bolsonaro replied with another provocation.

“You think that the big countries are interested in Brazil’s image, or do they want to appropriate Brazil?” he said.

A week before the INPE numbers were released, the institute’s chief Ricardo Galvao was fired, and Environment Minister Ricardo Salles charged that INPE published its data in a way that satisfied “sensationalist interpretations” aimed at getting “more donations from foreign NGOs”.

Bolsonaro has been accused of favoring his supporters in the logging, mining and farming sectors. He has pledged to allow more farming and logging in the Amazon, and to grant more licenses to the mining industry.