Human-caused climate change drove heatwaves in Europe and the Arctic, with above-average temperatures also seen across Africa and Australia 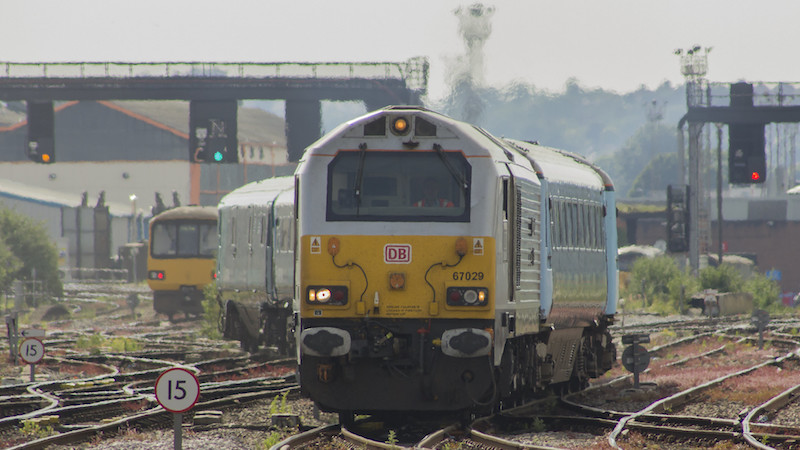 July 2019 was the warmest month across the globe ever recorded, according to data released Monday by the European Union’s satellite-based Earth observation network.

“While July is usually the warmest month of the year for the globe, according to our data it also was the warmest month recorded globally, by a very small margin,” Jean-Noel Thepaut, head of the Copernicus Climate Change Service, said in a statement.

“With continued greenhouse gas emissions and the resulting impact on global temperatures, records will continue to be broken in the future.”

Africa and Australia were also well above average across most of each continent.

Poland faces threat of water crisis as rivers dry up

The new record is all the more notable because the 2016 record followed a strong El Nino weather event, which boosts average global temperates beyond the impact of global warming alone.

The Copernicus service is the first of the world’s major satellite-based climate monitoring networks to report average July temperatures.

The margin of increase is small enough, it noted in a press release, that other networks -such as the US government’s National Oceanic and Atmospheric Administration (NOAA) – may report temperatures equal to or slightly below the July 2016 record.

Accurate temperature records extend into the 19th century, starting around 1880.

The data follows analysis from an international team of scientists on Friday concluding the heatwaves across much of northern Europe in July were 1.5-3C hotter due to manmade climate change.

The three-day peak saw temperature records tumble in Belgium, the Netherlands and Britain and the city of Paris experienced its hottest ever day with the mercury topping out at 42.6C (108.7F) on July 25.

The ferocious heat came off the back of a similar wave of soaring temperatures in June, helping that month to be the hottest June since records began.

Scientists from the World Weather Attribution team combined climate modelling with historical heatwave trends and compared it with in situ monitoring across the continent.

They concluded that the temperatures in the climate models were between 1.5-3C lower than those observed during the heatwave in Europe.

“In all locations an event like the observed would have been 1.5 to 3C cooler in an unchanged climate,” the WWA said, adding that the difference was “consistent with increased instances of morbidity and mortality.”

Global warming also made the July heatwave in some countries between 10-100 times more likely to occur, compared with computer simulations.

Such temperature extremes in northern Europe, without the additional 1C centigrade humans have added to the atmosphere since the industrial era, would be expected on average once every 1000 years.

“Climate change had therefore a major influence to explain such temperatures,” the WWA said.

The July heatwave caused widespread disruption, prompting train cancellations and emergency measures in many cities. Several heat-related deaths were reported, though a precise toll is likely to take weeks to materialise.