A proposed UK tax on heavy polluters would come in at nearly half the EU carbon market price, reducing the incentive to cut emissions 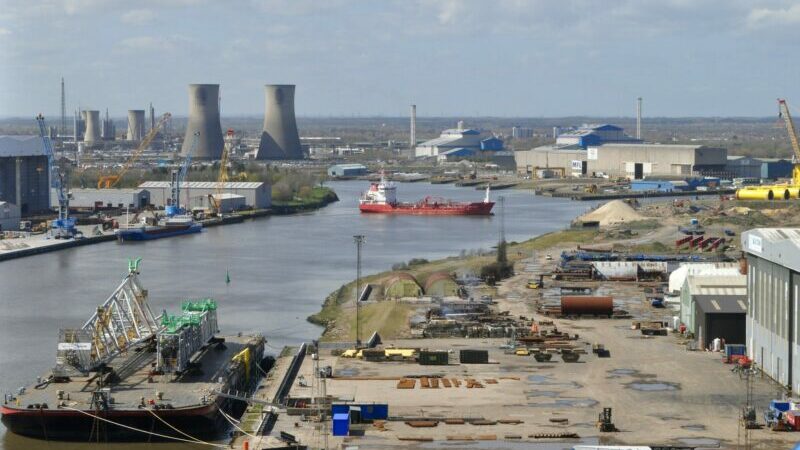 British heavy industrial polluters could see their carbon costs nearly cut in half if the country crashes out of the EU with no deal this autumn.

Updated guidelines released on Monday show the UK government plans to introduce a domestic tax of £16 ($19) per tonne of CO2 emitted from power stations and industrial sites from 4 November. The aviation sector would not be subject to the tax.

In the UK, the tax would replace the EU emissions trading system, where permit prices have soared close to €30/t ($33) and are forecast to continue climbing. Together with a falling pound, it raises the prospect of a significantly lower carbon price in Britain than on the continent.

The tax would come into force if the UK fails to negotiate a withdrawal deal with the EU by 31 October, when it is due to leave the bloc.

The rate of £16/t price was first suggested by the UK government in its 2018 budget, when the EU carbon price fluctuated between €17 and €20/t and the pound sterling was stronger against the euro.

At the time, the Scottish and Welsh governments objected to the proposal on the basis it handed too much power to the centralised UK Treasury.

Power generators would continue to be subject to an £18/t surcharge on top of the tax – a total rate lower than they pay at present.

Meanwhile, “the rest of the heavy industry will be left off the hook,” Chaitanya Kumar, senior policy advisor at the Green Alliance think-tank, told Climate Home News.

Since January this year, the EU has frozen the UK’s ability to obtain free allowances and auction carbon credits under the bloc’s emissions trading scheme. The UK government is forecast to lose at least £1.1 billion in revenue this year as a result, according to think-tank Sandbag.

The likelihood of the UK leaving the EU without a deal on 31 October has significantly increased, after Boris Johnson was elected prime minister by Conservative Party members last week.

Johnson has repeatedly said he would take the country out of the EU on Halloween regardless of whether the bloc can agree on new withdrawal terms with his government. The default situation is a no-deal Brexit.

The government said the tax rate for years beyond 2019 would be set during future budget announcements, which usually take place in the autumn, but the specifics are yet unknown.

Phil MacDonald, who leads think-tank Sandbag’s work on carbon pricing, told CHN there was yet no clear trajectory over the price of the tax beyond 2019, leaving investors unable to plan.

“The carbon tax should be drawn away from the annual political cycle. It’s no good for business to be subject to the vagueness that the carbon tax could be changed,” he said.

MacDonald also warned the low tax rate could damage the UK’s reputation as a likely host of next year’s UN climate talks.

“It would not be a good look for the UK to reduce its carbon price lower than the rest of the EU. It would set a bad precedent for carbon pricing,” he said.

The move could also see a temporary increase in coal generation in the UK next year, with the possibility of coal-fired power plants coming back online, Yan Qin, lead analyst at data consultancy Refinitiv Carbon, told CHN.

But the “outlook for coal in the UK is gloomy”, she added, pointing to dwindling coal capacity and persisting low gas prices that would eventually offset the effects of a low carbon price on coal.

Besides the looming prospect of a no-deal Brexit, the UK government is considering long-term options for carbon pricing following the country’s departure from the EU.

Its preferred option is the creation of a UK emissions trading scheme that could be linked with the EU market, according to official documents.

The government has sought the advice of its official advisers, the Committee on Climate Change, on the issue and a reply is expected shortly.

Even if this was the adopted option, “it couldn’t be assumed that it would happen very quickly,” said Kumar of the Green Alliance, adding that Switzerland has unsuccessfully tried to link its emissions trading market to the EU’s for the past seven years.

“This is less to do with the technical aspects and more with the political ones,” he said.