Diplomats are losing patience with players like Saudi Arabia blocking progress at international climate talks, instead looking to other forums for action 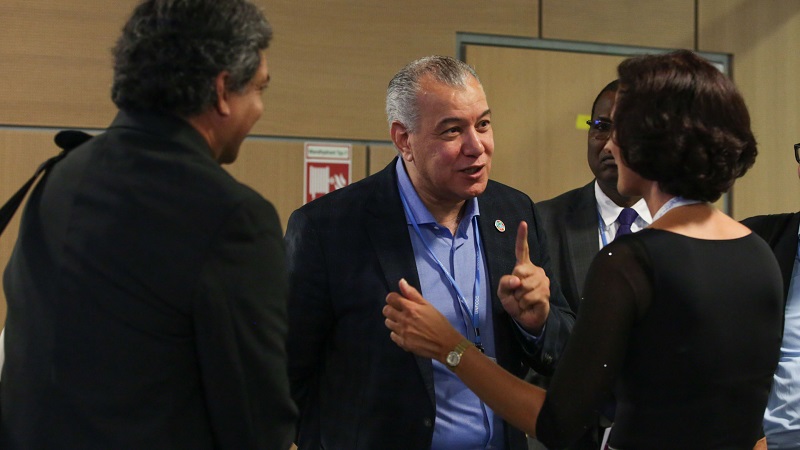 A row over a major scientific report on 1.5C has exposed the limits of the consensus-based approach of the UN climate negotiations.

Diplomats privately express growing frustration at tactics used by Saudi Arabia, after the petrostate refused to engage in substantive debate on how best to use the report’s findings to inform climate policies.

The obstruction, supported by a handful of other large oil producers, led to the report being excluded from formal negotiation in UN Climate Change’s science stream. That was despite an overwhelming majority of countries calling for a thorough discussion of the topic.

One European diplomat described “a toxic political atmosphere” during technical climate talks in Bonn last week, when the row occurred.

“We need to be smart about how we use the UN space for political gains to drive ambition,” said the official, who was not authorised to speak on the record, “and not that [a] lack of consensus halts the whole system”.

Yvo de Boer, former head of UN Climate Change between 2006 and 2010, vented his outrage on Twitter that “a totalitarian, murderous, sexist regime can exploit consensus rules to block the consideration of science”.

‘Revolutionise the world’: UN chief calls for youth to lead on climate

He told Climate Home News that UN climate talks had become “like a huge Christmas tree” with lots of different topics being discussed.

“Does everyone need to be in consensus on everything or can you split topics more logically into smaller groups?” he asked, adding that groups of countries should be given the space to discuss topics of common interest “without having everybody in the room”.

“Not all consensus needs unanimity. When there is a clear consensus on something, it sometimes seems a bit over the top to achieve unanimity,” he said.

On consensus, there is consensus that the process has its limitations, but not on whether it can or should be fundamentally changed.

At an event organised by CHN during London Climate Action Week, former special advisor to the Moroccan presidency of Cop22 Ayman Cherkaoui argued consensus was important for international cooperation, adding that it was “needed in terms of agreement but not in terms of action”.

Emmanuel Guérin, coordinator for international issues at the European Climate Foundation, stressed the importance of the UN in bringing countries together to drive ambition.

“Consensus building is not working… but we are not going to get an alternative rule adopted because to do that we need a consensus,” he told CHN.

“We need to push the level of ambition with the largest possible groups of countries,” he said, warning that the laggards “will have to face the consequences”.

That is the idea behind the climate action summit convened personally by secretary general António Guterres in New York in September and driven by the whole UN system.

The summit will offer a different dynamic to the climate talks and engage a wider range of stakeholders, including youth activists, researchers and business leaders. Guterres has told leaders to bring concrete plans to deepen and quicken the pace of decarbonisation. Countries are expected to compete for space in the spotlight.

Attendees at a preparatory meeting in Abu Dhabi earlier this week said it had been “constructive” but “messy”, with “a ridiculous amount of work” still to be done. While there was no shortage of proposals from think-tanks and campaign groups, national governments appeared unsure of what they would bring to the table.

De Boer suggested that the summit, which coincides with the UN’s general assembly, was an opportunity to move climate action beyond the narrow parameters of UN Climate Change.

“Since climate policy now reaches into every aspect of our life, it’s a bit like suggesting that the environment ministry should be running each country, which I don’t think is realistic. Is [UN Climate Change] actually the best place to be discussing everything? There are certain topics that could be much better addressed in different forums,” he said.