There was bloody-mindedness amid boiling temperatures in Bonn. Catch up with our essential wrap of the latest round of climate talks 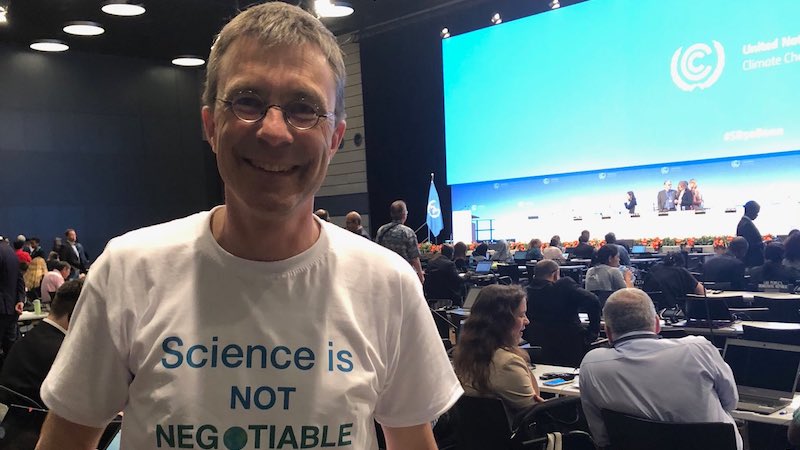 By Natalie Sauer and Megan Darby

Talks wrapped up on Thursday evening in Bonn, Germany with diplomats defiantly standing up for the scientific community against Saudi Arabia – but the petrostate won the day.

After a week of backroom discussions, a key report on 1.5C warming was scrubbed forever from formal UN climate talks after the Saudis repeatedly tried to load a statement with equivocation on the science. Read our full story here.

Brazil continued to stall efforts to regulate carbon credits, clinging to a demand that negotiators warned would “kill” the Paris Agreement.

Countries clashed over how carbon should be traded under the Paris Agreement and particularly how closely the new scheme should tie in with the system developed under the Kyoto Protocol, the clean development mechanism (CDM).

Brazil fought to allow CDM credits to circulate under the new UN mechanism. With 147.4 million credits held, the country is the fourth richest in the old offsets.

The EU, Latin American countries, least developed countries and the African Group called for there to be no transition. “There is a huge risk that markets will be flooded with old, worthless credits,” said Gilles Dufrasne, campaigner at Carbon Market Watch.

A negotiator for the African Group, El Hadji Mbaye M Diagne, told Climate Home News the “stock of units… would lower and kill the Paris Agreement”. While acknowledging the argument this wasn’t fair to investors who considered the credits an investment, he said “we need to find another way to deal with that”.

Countries also sparred over how to avoid double-counting emission reductions – in other words, how not to credit one national climate target with an emission reduction that is then also sold to another. At present, most countries support a mechanism that would prevent credits from being used twice.

Brazil led the charge for weaker accounting, followed by Saudi Arabia, on behalf of like minded developing countries (LMDCs) and Egypt on behalf of the Arab Group.

There was also a host of proposals to ensure that the new UN system not only shifted emissions around the globe, but reduced their overall level. The negotiating bloc of small island states, Aosis, pushed for a global tax on carbon offsets, but was resisted by wealthy countries. Meanwhile, the European Union and members of the umbrella group advocated offsets to be calculated based on more ambitious baselines.

Ultimately, the discussion was kicked down the road by negotiators, with a draft text filled with square brackets, leaving all countries’ preferences still on the table. “It’s clearer and easier to follow,” said Dufrasne. “But it does give the impression of returning to where we were in Bonn one year ago.”

Outside the UN halls, Bonn was hot. Really hot. But the record-breaking heatwave sweeping Germany was lost on few within the climate community. A Chilean delegate said the heatwave had the inopportune effect of making delegates feel sleepy. Meanwhile, a South Korean delegate evaded the question of whether the temperature worried him, launching into a speech on the need to fight climate change.

“Germany shattered its all-time heat record for June yesterday, as parties sat in air-conditioned rooms debating how to receive the best available science on climate change,” Paula Tassara, a campaigner from Climate Action Network, told the plenary on Thursday evening.

Countries look set to approve a 5% increase in UN Climate Change’s core budget for 2020-21, substantially below the 26% uplift proposed by the secretariat earlier in the year. A 5% scenario dated 26 June trimmed three senior staff positions and several technical meetings.

China argued most forcefully for spending restraint, according to CHN’s sources, with many developed countries prepared to back a more generous package. It comes as the agency takes on several new responsibilities under the Paris Agreement.

“We won’t be able to do everything that we planned to do in a way that is predictable,” deputy chief Ovais Sarmad told CHN. They may be able to fill the gaps from the supplementary budget, he added, which depends on the largesse of donors like billionaire Michael Bloomberg.

Negotiators also discussed the next periodic review of the global goal established by the UN climate change convention. Complementary to the Paris Agreement’s targets, the 1994 convention framework seeks to slash greenhouse gas emissions down to “a level that would prevent dangerous anthropogenic (human induced) interference with the climate system”.

The next review of progress toward that goal is slated to run from 2020 through 2022.

“A number of developed countries are concerned that it’s creating forum for finger-pointing that would not be helpful on moving on all of the other tracks – transparency, the global stocktake, finance,” Alden Meyer, director of strategy and policy for the Union of Concerned Scientists, told CHN.