Ireland to ‘nudge’ its way to net zero emissions by 2050

Government plans to enshrine a tougher climate target in law, but tough questions about the future of beef farming remain to be settled 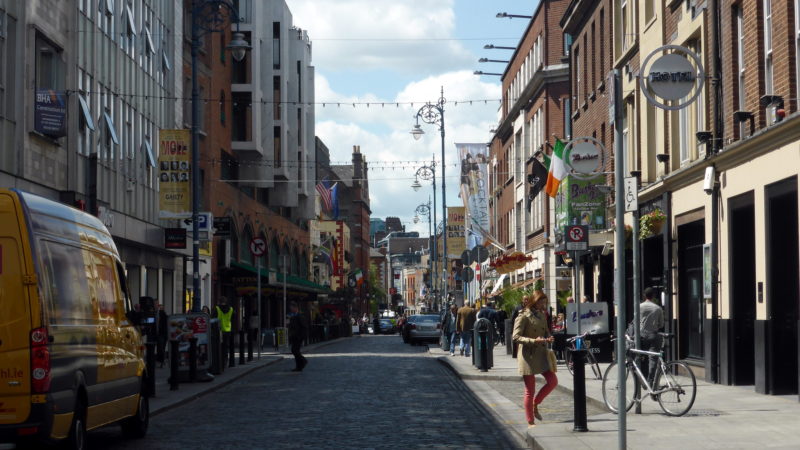 Ireland aims to slash its greenhouse gas emissions to net zero by 2050, under a detailed climate strategy unveiled on Monday.

Building on the recommendations of a citizens’ assembly and parliamentary committee, the government set out its intention to enshrine the target in law.

With measures including a phaseout of coal and peat-fired power generation, a switch to make car and van sales 100% electric by 2030 and tighter energy efficiency standards for buildings, it aims to turn Ireland from climate laggard to leader.

“Our approach will be to nudge people and businesses to change behaviour and adopt new technologies through incentives, disincentives, regulations and information,” prime minister Leo Varadkar said at the launch in Dublin, flanked by his cabinet.

Climate advocates welcomed the plan – one of a series of national initiatives to go carbon neutral to emerge in recent months.

“It is good news for Ireland,” said Eamon Ryan, leader of the Green Party, emphasising the plan’s roots in citizen and cross-party engagement.

He criticised Varadkar’s “nudge” approach, however, telling Climate Home News: “A leap is what we need to be doing.”

Ireland is set to miss its EU 2020 emissions target for the transport, farming, building and waste sectors (everything not included in the bloc’s carbon market). The Environmental Protection Agency in June projected cuts of just 5-6% on 2005 levels, not the 20% pledged.

Under existing policies, total emissions will rise 6% by 2030, the agency forecasts.

It goes further than the UK by requiring the government to set emissions targets for each sector of the economy. Joseph Curtin, a member of the Climate Change Advisory Council, said that was important to overcome political inertia.

“Government departments have been sitting around pointing fingers at each other… it has been this kind of zero sum negotiation,” he said. “Giving sectors indicative targets kind of turns them into policy entrepreneurs, rather than excuse-makers.”

Beef farming is a particularly sensitive topic in Ireland. A major driver of emissions, it is culturally important and supports an influential meat processing lobby, despite being not very lucrative for the farmers themselves.

The government promotes expansion of cattle herds with various subsidies. Its climate plan does not address beef explicitly, but alludes to “diversification of the rural economy”.

“I understand politically why [the climate plan] did not take the bull by the horns,” said Curtin, adding those tensions would need to be resolved in the carbon budget process. “It is starting the conversation.”