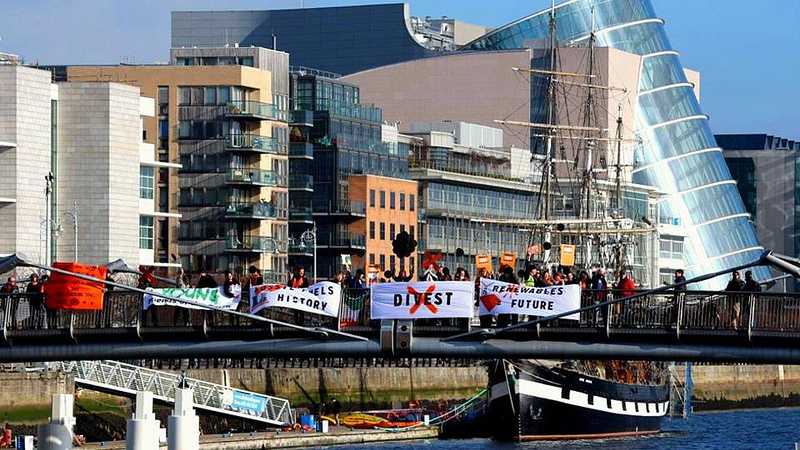 Irish politicians have called for the country, one of the EU’s climate underperformers, to slash emissions to net-zero by 2050.

The recommendations, agreed late on Thursday by a cross-party group of parliamentarians, would set legally-binding limits every five years and hike the carbon tax, while providing strong support for green jobs and agriculture.

The government will decide which, if any of the recommendations to put the policies into place. Irish climate action and environment minister Richard Bruton has said he intends to set climate targets across all government departments.

Setting a net-zero target would mark a significant step change for Ireland – a self-professed climate “laggard”, which is on track to miss its EU-mandated goals for 2020.

After six months of debate, the majority of the committee backed a set of policies that aim to strike a balance between pressure on Ireland to speed up its emissions reductions and political fear of public protests like the gilet jaunes movement in France.

Modelled on the UK’s climate change act, the committee’s report would create a new, independent Climate Action Council to monitor the government’s progress in reducing emissions.

Special investigation: NGO ignored warnings about bullying boss, before and after tragedy

With this higher goal, Dublin should “proactively” support a rise in the European Union’s emissions reduction target for 2030, the parliamentarians said. This would add Ireland to a group of countries including France, the Netherlands, Sweden, Luxembourg and Denmark who are calling to hike the goal in line with limiting global warming to 1.5C, rather than 2C.

The committee also recommends gradually raising the Irish carbon tax on fossil fuels to at least €80 per tonne of CO2 by 2030, from €20 at present. The revenue should be ring-fenced until a public consultation on whether it should be dispersed equally to the public – as a carbon dividend – or put towards addressing fuel poverty and supporting climate measures.

Ireland is a testing ground for whether direct democracy can help governments bring in ambitious climate policy. Last year an assembly of 99 randomly selected citizens made recommendations that the committee then built on.

Overall, the recommendations represent a “milestone” in Irish climate policy, said Sadhbh O’Neill, an expert adviser to the parliamentary committee and a PhD candidate on environmental policy at University College Dublin.

“The imposition of carbon budgets to meet a target of net zero emissions in 2050 will necessarily have a profound effect on policies and planned investments in transport, buildings and energy, especially given that Ireland’s emissions are increasing,” she said.

There will be disappointment that the committee did not propose specific measures to tackle emissions from Ireland’s large agriculture and land use sectors, such as a cap on the rising herd numbers.

However, the committee does call for a drastic change in the direction of  policies in favour of diversification, peatland restoration and sustainable afforestation, O’Neill added.

The recommendations focus on encouraging farmers to mitigate their greenhouse gases, including with incentives from the European Union’s common agricultural policy, and say the parliament should continue to study the potential for a new emissions tax.

“The committee was mindful, given the importance of agriculture to the rural economy, to propose recommendations which support on-farm measures to reduce emissions and improve the sustainability of farming in Ireland, including agricultural diversification,” the report states.