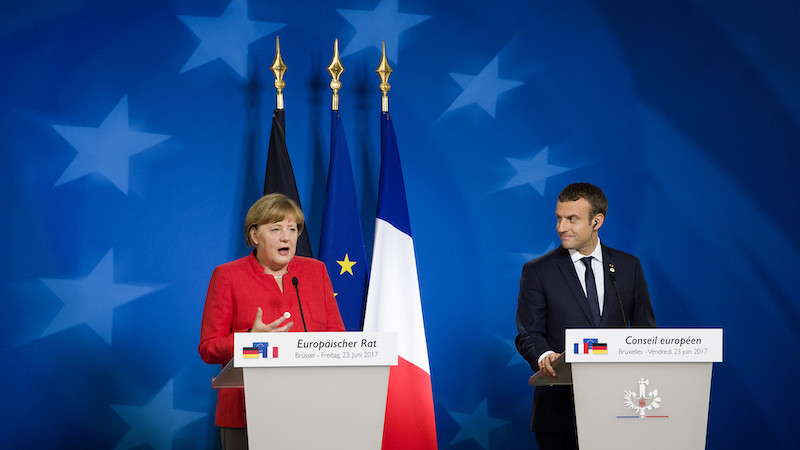 Germany, Greece, Italy and Slovenia have added their names to a growing list of EU countries supporting a carbon neutrality objective for 2050, increasing the chances that a deal will be struck at an EU summit later this week, according to documents seen by EURACTIV.

EU leaders could give their blessing to a proposed long-term climate strategy during a European Council summit in Brussels, taking place Thursday and Friday (20-21 June).

Eighteen of the EU’s 28 members are now ready to support the European Commission’s proposed carbon neutrality objective for 2050, according to documents obtained by EURACTIV.

This is up from just eight countries during a March summit, which had exposed an East-West divide on the matter.

Momentum could continue to build ahead of Thursday, where the commission’s strategy will feature on an agenda that is mostly focused on doling out top institutional jobs.

Indications last week suggested there would be no agreement on the plan. A draft summit statement, seen by EURACTIV, said EU leaders would return to the issue in late 2019, with the intention of finalising a deal “in early 2020”.

But now that Germany is on board, according to a leaked position seen by EURACTIV, a green light for the plan looks more plausible.

Chancellor Angela Merkel admitted in May that the Bunderepublik was in favour of the target’s principles but that more work on the details was still needed. The rise in fortunes of Germany’s Greens is thought to have accelerated Merkel’s slow-and-steady approach.

However, while Germany is now subscribed to the target, its position still maintains wording that would suggest an agreement will be brokered in late 2019 or “at the latest in early 2020”.

Germany’s blessing means that Berlin joins the economic powerhouses of France, the Netherlands, Spain, Sweden and the United Kingdom in pushing for the EU’s economy to reducing carbon emissions to net-zero by 2050.

Incoming EU presidency holder Finland recently announced that it will aim for net-zero emissions by 2035 and to become a carbon-negative country by 2050.

Italy too has ditched its objections to what some diplomats had initially mocked as a ‘Macron plan’.

“It is of the utmost importance that the EU pursue environment-friendly policies also in promoting and supporting circular economy, and confirm its commitment towards the objective of climate neutrality by 2050 at the latest,” reads a note by the Italian authorities.

With two more heavyweights on board – Germany and Italy – and a broad majority of countries in favour of the 2050 strategy, EU leaders now look well-placed to adopt the strategy later this week if all goes to plan.

“Nailing a net-zero climate target is a no-brainer,” says Sebastian Mang, a clean energy campaigner at Greenpeace. “Averting humanity’s greatest threat requires us to fully decarbonise our economies as fast as possible – that’s just a fact. The majority of EU leaders have finally understood this,” he said.

But they still have some convincing to do. Central and Eastern European countries remain the most sceptical. They are particularly wary of any explicit mention of a 2050 deadline and would rather opt for vaguer wording like ‘mid-century’.

Net zero: Which countries have set the goal?

However, EURACTIV understands that at least Hungary is close to joining the 2050 club. If Budapest does abandon its hard line on climate policy then the Czech Republic and Poland, two of Hungary’s Visegrad Group compadres, will present the primary obstacles to a potential EU deal.

Political observers say that Czech opposition could be tempered by ongoing unrest in the country. Prime minister Andrej Babiš is accused of an alleged conflict of interest with EU funding and protesters have demonstrated en masse in favour of his resignation.

In Poland, upcoming elections at the end of the year and public interest in improving the country’s poor air quality, which ranks among Europe’s worst, could play a role.

Warsaw could also be brought on side by promises of more funding for coal-dependent regions and industries, which will be part of ongoing talks on the bloc’s next long term budget.

A ‘Just Transition Fund’ proposed by the European Parliament would help finance retraining of workers in fossil fuel industries, or bring support in the form of unemployment benefits. There is also a €25 billion renovation programme that is still in search of financing.

Previously sceptical countries like Bulgaria do not reject the carbon neutrality goal outright and could also be persuaded with additional funding, while the Valletta Declaration adopted last Friday also sees Cyprus and Malta lend their support to the 2050 goal.

A signed and sealed deal on climate neutrality would be a huge boon to the EU’s green credentials ahead of a UN summit in September, where signatories to the Paris Agreement are expected to ratchet up their ambition.

This week’s EU summit meeting is the last on the Brussels agenda until October, meaning it is the final chance to go to the New York meet-up with an agreement in tow.

UN secretary general Antonio Guterres wrote to council president Donald Tusk last month to outline his expectations for the meeting. He wrote: “I would […] welcome the announcement of the adoption of its strategic long-term vision”.

The Portuguese leader, who had urged leaders to come to New York with “ambitious plans not speeches”, also told Tusk that “it would send a powerful message of leadership and commitment” if the EU increased its emissions-reduction goal for 2030.

Currently set at 40% cuts compared with 1990, the target predates 2015’s Paris Agreement and is considered outdated by several member states, as well as the European Commission.

The EU executive said last year that the bloc will “de-facto” hit 45% cuts under current policies, while the European Parliament voted in favour of increasing it to 55%. Guterres also backs 55%.

“To avert climate breakdown and safeguard the EU’s global leadership, European leaders need to show that they are also prepared to boost existing 2030 targets ahead of a crucial UN climate summit in September,” said Greenpeace EU.

But changing the 2030 target presents arguably a bigger challenge than securing support for the 2050 plan, given the politically-delicate task of tweaking benchmarks that have already been agreed.

Juncker also disappointed environmental groups in May, when he suggested that the 2030 goal is more important than the carbon-neutrality plan.

“Let’s not try to escape from our responsibilities by fixing a target a long time after the active time we spend in politics,” the Luxemburger said at a summit in Romania.

On Tuesday (18 June), the commission is expected to issue recommendations to all 28 member states on how to tweak their draft climate and energy plans for the next decade.

Governments submitted their strategies earlier this year and the EU executive has looked in to whether their combined effort will be enough to achieve targets set out by new regulations on renewables and energy efficiency.

Officials told EURACTIV that the current plans will not be sufficient to meet those goals but that the commission will suggest a number of policy tweaks for the 28 members to take into account before finalising their plans by December.

EU leaders arrive in Brussels on Thursday for the two-day summit and some will meet again at the end of the month in Japan, for the start of the G20.

This article was first published by CHN media partner Euractiv. It has been amended to reflect that Slovenia, not Slovakia, supports the carbon neutrality goal.