EU must back indigenous people against Bolsonaro’s attacks

Brazil’s president has slashed forest and indigenous protections in his first 100 days. As a major importer of soya and beef, the EU should check his power 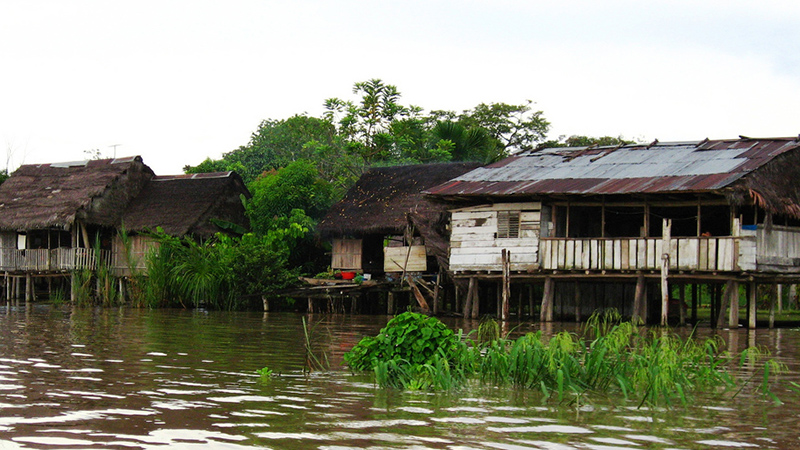 By Sonia Guajajara and Nicole Polsterer

When the Portuguese invaders arrived in Brazil more than 500 years ago, there were an estimated three to five million indigenous people.

Since then, many have been exterminated and seen their populations reduced through murder, torture, enslavement, imported diseases, and the theft of their lands.

As a result, Brazil’s indigenous population today stands at around 850,000.

The first 100 days of Jair Bolsonaro’s presidency are just the latest chapter in this long war of attrition.

Since Bolsonaro took office on 1 January, armed invaders have descended on indigenous peoples’ lands, as protected territories have come under attack from land grabbers.

In fact, this surge of incursions began even before he  assumed the presidency, with the Indigenous Missionary Council (CIMI)reporting a 150% increase in land invasions following Bolsonaro’s victory in the presidential election last October.

Today, 45% of rural Brazil is owned by less has 1% of land owners. It is as if the country has returned to colonial times: only now the conquest is at the hands of the agribusiness sector.

It is this sector – which is responsible for 23% of Brazil’s GDP – that helped propel Bolsonaro to power.

Within hours of taking office, he began attacking the country’s environmental safeguards by issuing an executive order transferring responsibility for setting indigenous land boundaries from the national Indian foundation, FUNAI, to the agriculture ministry.

This was followed by a barrage of measures and announcements with the same aim: advancing the interests of the agribusiness sector, and eroding the strength of those who stand in the way of them bulldozing the country’s precious rainforests and savannahs.

In the first month of his presidency, deforestation in the Amazon reportedly rose 54% on the same month in the previous year.

But it is not just Bolsonaro and the agribusiness sector who bear responsibility for this: those trading in and consuming agricultural goods which have led to human rights violations, or which has been produced on land taken from indigenous communities, cannot simply turn a blind eye to it.

EU countries combined are Brazil’s largest source of foreign direct investment, and the EU is Brazil’s second largest trading partner,accounting for 18.3% of its trade.

What’s more, the EU is also in the throes of negotiating a comprehensive free trade deal with the so-called Mercosur trading bloc, of which Brazil is the largest and most powerful member.

Given all this, the EU is well placed to exert the kind of demand-side financial pressures that could act as a brake on Bolsonaro. As one commentator put it:  “For a country that has become an agricultural superpower, exporting massive amounts of soybeans and beef, the loss of even a small part of these markets translates to millions [of dollars].”

With the help of Articulação dos Povos Indígenas do Brasil (APIB), indigenous peoples in Brazil are now calling for a boycott of companies which source their material from areas which are riven by conflict.

At the European level, the EU can help stop Brazil’s unfolding calamity by ensuring that neither EU finance, nor products placed in the EU market have violated human rights or caused deforestation. This can be done by passing new laws requiring companies to trace their supply chains fully and making it mandatory for them to know the history of any agricultural commodity they import.

Finally, the Mercosur deal’s negotiators cannot be oblivious to events in Brazil: quite simply, the agreement should not be signed without binding guarantees respecting indigenous peoples’ land rights.

Indigenous peoples, who a body of evidence shows are the best guardians of their forests, have resisted the pressures on them for centuries. It is up to the EU – and all those trading in goods which have caused environmental and social damage – to support them.

Sonia Guajajara is coordinator of Articulação dos Povos Indígenas do Brasil (Articulation of Indigenous People of Brazil) (APIB), an organisation representing more than 300 Brazilian indigenous ethnic groups. In 2018 she became the first indigenous woman to run for federal executive office in Brazil, as a vice presidential candidate for the Socialism and Liberty Party.

Nicole Polsterer is a campaigner for Fern, a Brussels-based forests and rights NGO.

Read Fern’s briefing 100 Days of Bolsonaro – Ending the EU’s role in the assault on the Amazon.