New UK green watchdog to be based on EU system, says Gove

‘Whatever else are the defects of the EU – that is a good working model,’ the environment secretary told MPs 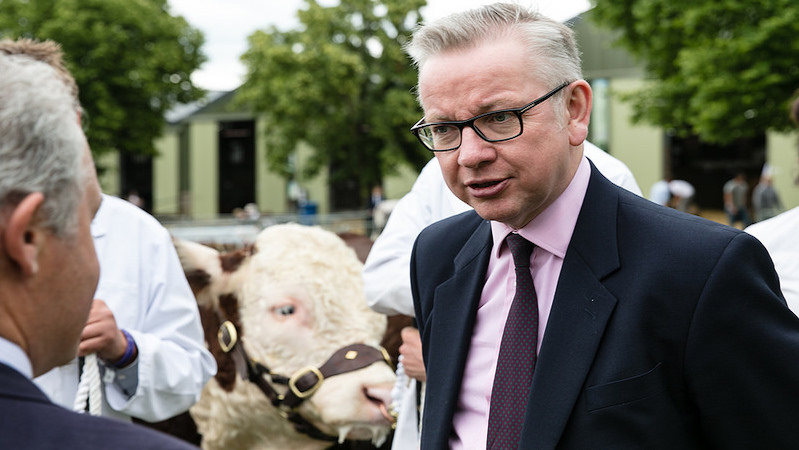 The British government’s proposals for a post-Brexit environment law and watchdog are modelled on the European Commission system they are meant to replace, environment secretary Michael Gove told MPs on Wednesday.

As a prominent advocate for leaving the European Union, Gove has long argued that Brexit will allow the UK to strengthen its environmental protections and set policies more effectively.

But when it comes to the commission’s role in making sure governments fulfil policies, the “easily understandable process” in Brussels sets a good example for Britain’s Environment Bill, he told the House of Commons’ Environment, Food and Rural Affairs Committee.

“There are lots of other things where we wish to do things differently,” Gove said. “But given that we will have had a degree of confidence in the process – whereby the commission can give an opinion and then if necessary go with infraction proceedings – people have a high degree of confidence that – whatever else are the defects of the EU – that is a good working model. And therefore we’ve sought to replicate it.”

The same goes for the government’s plan to establish environmental principles to guide policymaking.

The treaty that created the EU includes commitments to, for example, ensure that a polluter always pays. Legal experts told MPs last week that the UK’s draft would create loopholes for lawmakers to avoid following them.

Broadly, the EU principles are “well understood”, Gove told MPs. “The logic… is, you say what the principles are on the face of the bill, and then the government goes to parliament and says this is how we’re going to put the principles into effect and then you of course have regards to those principles when you’re shaping new legislation.”

Environmental advocates, MPs, the National Audit Office and others have expressed concerns that the draft Environment Bill fails to give the watchdog enough independence and power to hold the government to account for its shortfalls.

In response to criticism, Gove said repeatedly on Wednesday that his department is still “open to suggestions” and “open-minded” as it prepares to release the final version this year.