UK, France lead push to set up UN “clearing house” to identify climate-stressed regions at risk of collapsing into conflict 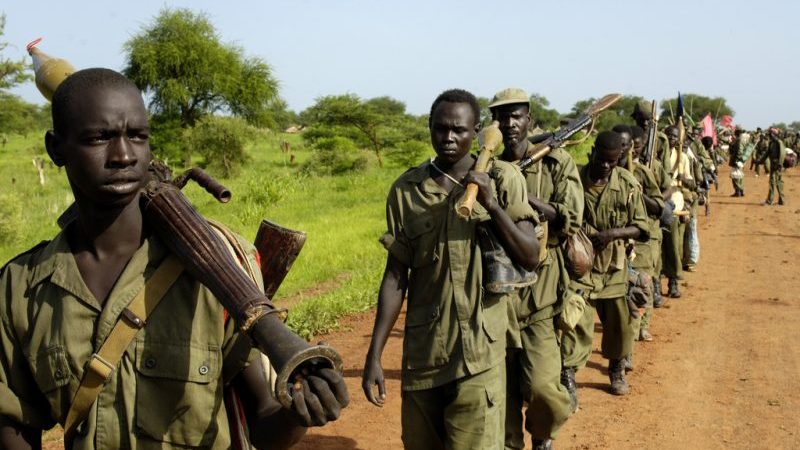 By Karl Mathiesen and Natalie Sauer

The UN must establish a system to alert the world to regions where conflicts may be inflamed by climate change, several security council members urged on Friday.

In a meeting of the council, permanent members France and the UK were joined by Germany, Peru, Poland and Belgium in a call for a “clearing house” for data and information to help them respond to climate security threats.

France also called for the UN secretary general to deliver an annual report to the security council on the issue. Only Russia explicitly opposed the development of new UN capabilities.

Poland’s secretary of state for the environment and the current UN climate president Michał Kurtyka backed the call for an early warning system.

“Local events have a butterfly effect, they impact people’s livelihoods, security, ability to provide, to produce, to function. And through all this they create inflammatory ground on which a conflict can breed,” he said. Already Africa’s Sahel region and Lake Chad basin had been destabilised, Kurtyka added.

There is an “increasing consensus” among scientists that climate impacts have worsened the global migration crisis and conflicts in Africa and the Middle East, Lindsay Getschel, a research assistant at the Stimson Center told the meeting.

The security council has previously recognised several conflicts in Africa that have been exacerbated by climate change.

The debate was only the fourth time the UN body had discussed the relationship between global security and climate change. In the past several nations have seen it as an intrusion on the central work of the council.

On this occasion, only Russia stood openly apart, with representative Vassily Nebenzia calling it “excessive and counterproductive” to build new systems on top of the existing UN framework.

US diplomat Jonathan Cohen said the country was willing to stand by its friends when “natural disasters” struck. Despite the topic of the meeting, he did not use the words “climate change”.

The meeting was presided over by the foreign minister of the Dominican Republic Miguel Octavio Vargas Maldonado. Climate change was a “non-conventional threat”, he said, and thus the body charged with ensuring the security of the planet should be endowed “with the necessary tools to systematically evaluate the relationship between the effects of climate change and conventional risks, especially in the most vulnerable zones”.

In an earlier address, UN development chief Achim Steiner noted that Maldonado’s country had suffered damage equal to 224% of its GDP when Hurricane Maria hit the Pacific in 2017.

“New tools to asses and communicate about the climate risks that countries face are exactly what we need in a world seriously lagging behind on climate action. The more you understand how climate change threatens the things you care about, the more motivated you become to take action,” she said.

Earlier in the week, Robert Muggah, political economist and co-founder of the Brazilian-based Igarapé Institute, told a panel at the World Economics Forum in Davos it was vital to pay attention to vulnerable regions.

“It’s fairly obvious,” Muggah said. “Rising temperatures lead to depleted crops, loss of access to aquaculture, or livestock that die. This generates all sorts of economic and financial stress, because you’re looking to buy products in a market where prices are inflated. That’s aggravated by elites who are going to be predatory and take advantage of those kind of conditions. At which case, young people have a choice: either you leave, or you join our group, which is often the same game in town.”

Mali’s minister for foreign affairs Kamissa Camara said climate change was “one of the main reasons why we’re seeing this spike of violence in the Sahel”. But, he added, “this is not a problem unique to the Sahel, and frankly one that many countries across the Americas and Asia are going to be facing. This is really the canary in the mine.”