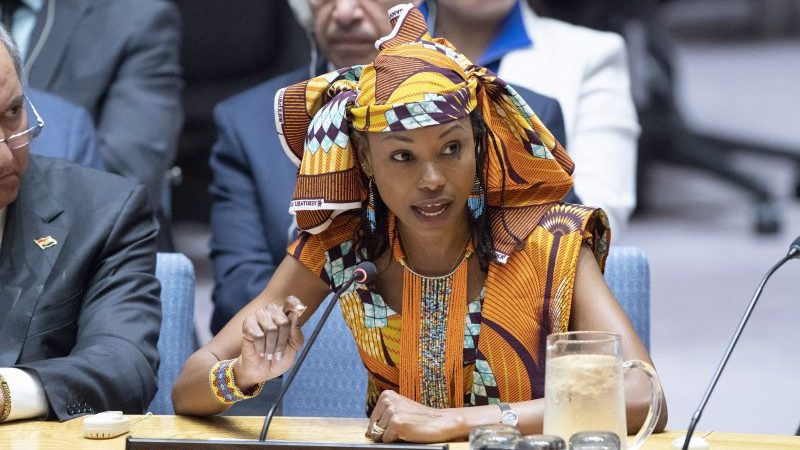 Climate change is contributing to instability in many parts of the world, the UN security council heard on Wednesday, in its first debate dedicated to the topic in seven years.

A community advocate from Chad and Iraq’s water minister testified to the interplay of water scarcity and conflict in their homelands.

“It is past time for us to deepen our understanding of how climate change interacts with drivers of conflict,” said Wallström, chairing the meeting.

Wallström, whose country holds the rotating presidency of the security council this month, announced the launch of a Stockholm-based climate security knowledge hub later this summer and proposed that Mohammed provide an “institutional home” for the issue at the UN.

“Fragile countries are in danger of becoming stuck in a cycle of conflict and climate disaster. Where resilience is eroded, communities may be displaced and exposed to exploitation,” said Mohammed, a former environment minister for Nigeria.

Russia stressed that it was not the security council’s role to drive climate action, however. “We are creating an illusion that the council will tackle climate issues and that there will be some kind of turning point,” said envoy Dmitry Polyanskiy, adding this was a “misguidance”.

The relationship between environmental pressures and conflict is complex and disputed. Climate change is typically described as a “threat multiplier,” rather than a primary cause of war. Weather extremes can hit the availability of water, food and other essentials, stoking tensions between rival groups.

Hindou Ibrahim of the International Indigenous Peoples Forum on Climate Change described how in her native Sahel region, drought traps farmers and herders in poverty and makes them vulnerable to recruitment by terrorist organisations.

Young people need opportunities to make a peaceful living, she said. “You must give them something beyond hope, because they do not deserve to just survive, they deserve a life.”

The security council is expected to put out a presidential statement in the coming days on next steps.

Camilla Born, an advisor to the Swedish government, told Climate Home News the signal for action was stronger than last time it was discussed at this forum.

“Previously, you had the recognition that you needed climate-related information in reporting, but it was quite a soft recommendation,” said Born. “The difference between now and 2011 is you can now see climate change reshaping the security landscape. Every representative of a more fragile or vulnerable country was speaking about their personal experience.”

There was “a lot of alignment between countries about what was needed,” she added. That included the bureaucratic work of gathering and analysing data as well as mobilising political leadership.