After two months of disruption, the president seeks public input on four national issues, but gilets jaunes protestors are sceptical 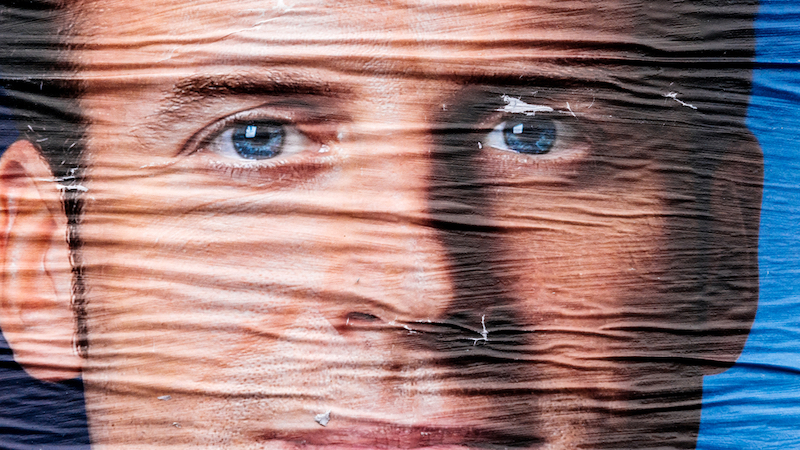 Emmanuel Macron has been criticised for lacking consultation in his governing style (Photo: Deposit Photos)

Macron’s ‘great national debate’ offers French people the opportunity to participate in local consultations and surveys from 15 January until 15 March.

On top of the ecological transition, three broad themes are under discussion: taxes and public spending; democracy and citizenship and the organisation of the state and public services.

Protestors Climate Home News spoke to were sceptical about the initiative. Twenty-seven-year-old Dylan Malla, from Vannes in Brittany, said the town’s mayor had asked him to help organise a local debate.

“Honestly, I’m going to do it, because they are giving us the opportunity to speak and it’s not right to go on the street, just to hear them accuse us of not having accepted their offer,” said Malla, who has been jobless since July.

“It is more in the name of trust that I am participating in this debate. But I don’t believe in it for a second. The government is misleading us to buy time… For me, I will still be on the street on Saturday, debate or not!

The gilets jaunes protests erupted following a (now aborted) tax hike on diesel fuel, which has come to symbolise a broadly-held view of Macron’s governing style as arrogant, top-down and loading social costs on to the poor and middle class. On Saturday the movement will hold its tenth nationwide day of protest in two months.

Accompanying the survey, Macron sent a letter clarifying that the initiative was not a referendum and restating positions he has held since his election.

“Hot air, hot air, hot air! What is the purpose of organising a debate if King Macron tells us immediately that he won’t change direction?” said Brigitte, a member of a gilets jaunes Facebook group in Rennes, Brittany.

Valérie Masson-Delmotte, a French climate scientist and co-chair of the Intergovernmental Panel on Climate Change (IPCC), criticised the first question, which asked respondents to pick the “most important, concrete problem in the area of the environment,” from “air pollution”, “coastal degradation”, “climate change (sea level rise, drought)”, “biodiversity and the disappearance of certain species” or other.

“The first question asks to identify a single priority on subjects that seem to me to be of equal importance. Why?,” Masson-Delmotte tweeted.

“This great debate is a good opportunity to exchange with French people who want not only ecology, but democracy,” he said.

De Rugy expressed a willingness to lobby the European community for the introduction of a tax on aviation fuel – one of the demands of the movement.

“When it comes to the aviation sector,” De Rugy said, “I am in favour of revising the Chicago Convention at an international level. It was adopted in 1944, at a time when no one was talking about climate change. The tax on [aviation] kerosene may be one of the subjects of the upcoming European elections. Taxation must be done on a European scale because if it is only done on a French scale, there will be leakage.”

The environment minister also said that heavy vehicles ought also to be taxed, “especially those that only cross France”. He pledged to work with transport minister Elisabeth Borne so that all “transport that emit CO2 [could] contribute”.

De Rugy also said that taxation was only one method for bringing down carbon emissions and the government wanted to experiment with incentive methods, for example for saving energy.