As part of broader thawing of relations, the north and south are working together in the fight against a tree-killing worm 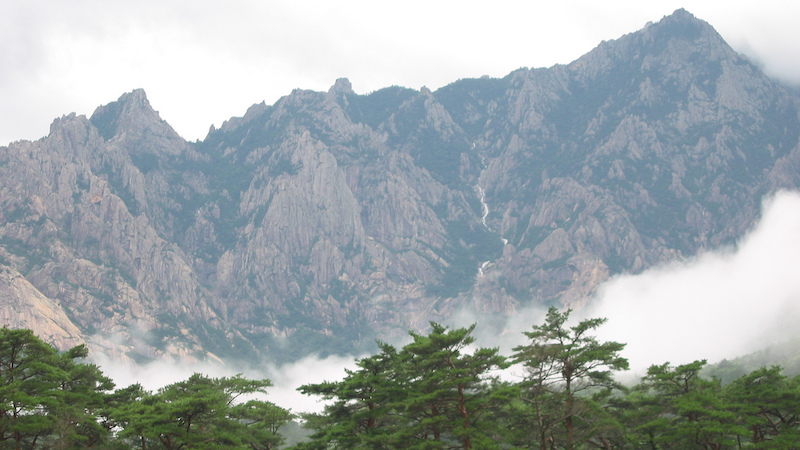 Officials from South Korea visited the North in recent months as the two adversaries faced a common enemy – Bursaphelenchus xylophilus.

Efforts to control the roundworm, which causes a deadly disease in trees known as pine wilt, are part of a cooperative approach to environmental issues the countries have agreed to expand.

At an inter-Korean summit in September, the two countries’ leaders Moon Jae-in and Kim Jong-un sought to defuse tensions on the peninsula. As part of a broad agreement, they committed “to actively promote south-north environment cooperation so as to protect and restore the natural ecology, and as a first step to endeavour to achieve substantial results in the currently on-going forestry cooperation”.

There has been a flurry of correspondence and visits aimed at controlling the spread of pine wilt. South Korean officials visited the north twice in the second half of 2018, including a field trip to Mount Geumgang (Kumgang) national park, just north of the border.

The South Korean ministry of unification told CHN the project aimed to “promote modernisation projects of tree nurseries of the North and to actively promote cooperative projects for the protection and restoration of the natural ecosystem”.

According to the Nasa’s Land Cover and Land Use Change programme, around 25% – or roughly 5 million acres – of North Korean forests vanished between 1990 and 2005 alone, the highest rate of woodland devastation anywhere in East Asia during that period.

The majority of rural North Koreans harvest firewood for warmth and cooking fuel. The forests are also under pressure from the spread of disease and pests. According to the North Korean government forest loss is a “main constraint in solving food security and energy issues in rural areas”.

In addition to this bilateral cooperation, Frank Rijsberman, the director of the Global Green Growth Institute (GGGI), told Climate Home News his organisation had been liaising with the North Korean government since September to assist the hermit nation with water sanitation, renewable energy and reforestation.

“These are early days, but we’re excited that we knocked on the door and that the door opened,” Rijsberman said. Comprising 30-member states, the Seoul-based GGGI typically offers assistance to developing countries on a number of issues, ranging from financial support to policy formulation.

Out of the three projects, reforestation was the most likely to bypass the trouble geopolitics of the peninsula, Rijsberman said.

“As long as there are sanctions, it is very difficult to do work on renewable energy unless we manoeuvre very carefully,” Rijsberman said. On the other hand, “reforestation is seen as less affected by sanctions. It doesn’t involve investments or import or export of technology”.

The GGGI signed a memorandum of understanding with the South Korean forestry service (KFS) on Wednesday. Rijsberman said the partnership with the KFS was an opportunity to “have North and South Korea work together”.

“Exactly what the projects are will be determined when we meet with the North Korean side in coming months,” he added.

“It is that experience that South Korea is eager to repeat in the North,” Rijsberman said.