In a joint statement with US denialist think-tank the Heartland Institute, Solidarity expressed scepticism of UN conclusions on the dangers of global warming 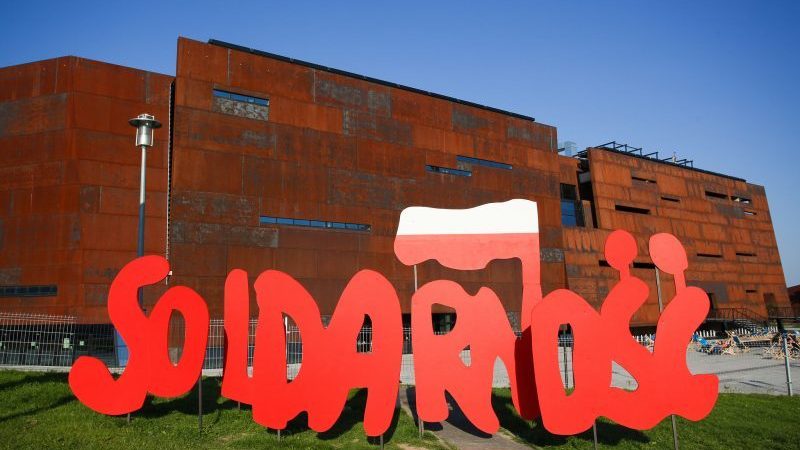 The statement, signed by the Chicago-based Heartland Institute and the trade union Solidarity was released as UN climate talks took place in Katowice, the centre of Poland’s coal heartland region of Silesia.

The talks, known as Cop24, are widely considered to be the most important climate meeting since the 2015 summit in Paris and will aim to finalise the rulebook to implement the Paris Agreement.

In the statement, the trade union Solidarity and the Heartland Institute express “skepticism of the assertions of the United Nations Intergovernmental Panel on Climate Change (IPCC) that the world stands at the edge of a climate catastrophe”.

On their patron saint’s day, Polish miners pray for a decent future

In October, the IPCC released a report saying the world had 12 years to reduce its emissions by 45% and take “transformative and unprecedented” measures to hold global warming to 1.5C. Beyond that threshold, it warned of serious impacts including a virtual wipe-out of coral reefs.

The Solidarity-Heartland statement adds that “neither organisation opposes the goal of clean air nor supports the elimination of coal from the world’s energy portfolio” and calls on “an end to the war on science and scientists by powerful state-backed forces”.

It is signed by James Taylor, senior fellow at the Heartland Institute, Jaroslaw Grzesik, the chairman of Solidarity’s energy and mining secretariat and Dominik Kolorz, the president of the Solidarity in the Silesian region.

The statement was issued after Solidarity representatives met members from the Heartland Institute on the fringe of Cop24 in Katowice. Both parties agreed to “begin working together more closely to advance sound, science-based public policy” as well as “educating the public and policymakers on climate policy” with a focus on educating young people.

Solidarity said it had translated the Heartland Institute’s latest report into Polish and was “very satisfied by the new science and policy presentations”.

Poland calls for ‘solidarity’ with industrial workers in climate talks

On Tuesday, the Heartland Institute held an event in Katowice city centre claiming that the fact global warming is caused by increasing carbon dioxide in the atmosphere was “climate totalitarianism” propaganda invented by “the socialist internationalist green movement”.

DeSmog UK attempted to report on the event but was denied accreditation by the Heartland Institute.

Only 10 people are reported to have attended the event, which was live-streamed on Youtube and had been watched by about 50 people at the time of writing, according to the video platform.

The alliance between Solidarity and the Heartland Institute will come as a blow to the Polish government, which has so far balanced urging progress on finalising the Paris rulebook with reluctance to significantly reduce the share of coal in its energy mix.

Poland relies on coal for 80% of its electricity and a significant share of household heating. A draft government proposal could see coal’s share of power generation reduced to 60% by 2030.

At the start of the conference, Polish president Andrzej Duda said climate change needs to be tackled, but not at the expense of the coal workers who made the Silesia region thrive as an industrial centre.