On their patron saint’s day, Polish miners pray for a decent future

Twenty kilometres from Cop24 climate talks in Katowice, mining trade unionists look to St Barbara, not Warsaw, Brussels or the UN, for answers to their struggles 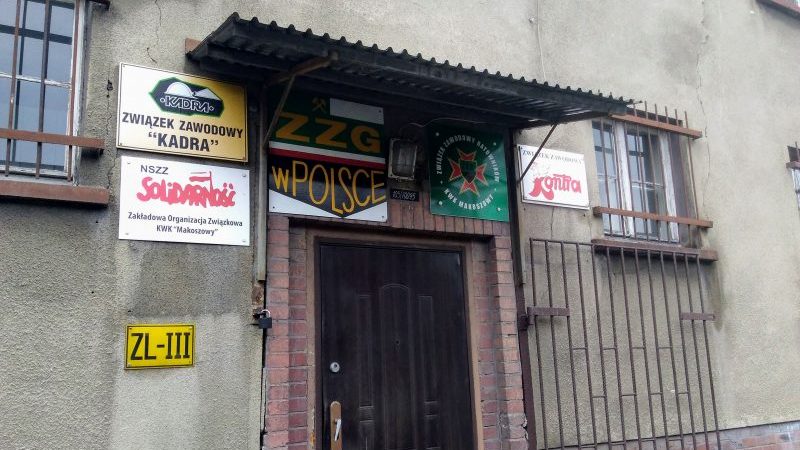 Tuesday is the feast of St Barbara, the patron saint of miners and others who work with explosives.

It is an important holiday in Zabrze, a town 20km from Katowice where UN talks are being held, heralded by a brass band at dawn. But it is a bittersweet celebration since the Makoszowy coal mine closed in 2016, says Andrzej Chwiluk, head of the ZZG trade union for the mine, through an interpreter.

St Barbara represents a peaceful death, he explains – important to an industry where workplace accidents can be fatal. Does he worry about lung disease? He later mentions his own respiratory problems – but Chwiluk is defensive: “Miners are not responsible for the smog… it is politicians that created this situation.”

On the eve of the festivities, we speak in his wood-clad office. It is adorned with football trophies, union flags and a no-smoking sign that – judging from the aroma – is purely ornamental.

At the Cop24 climate summit taking place in Katowice, the Polish presidency is touting a political declaration on the “just transition”, promising not to leave workers behind in the shift to a clean economy.

To climate campaigners, the Polish government neglects the “transition” part: away from mining, towards green jobs. Ministers insist coal will be used for decades to come, regardless of EU climate policies or international treaties.

Here in Zabrze, it’s the justice aspect that remains unfamiliar to Chwiluk and his colleagues. Warsaw ordered the closure of the Makoszowy mine in 2016, despite – they say – good-faith efforts to improve its profitability. More than 3,000 people lost their jobs; miners were offered transfers to other mines, but administrative staff, many of them women in their 50s and 60s, had few prospects. They estimate 20-30% of workers have left the town. 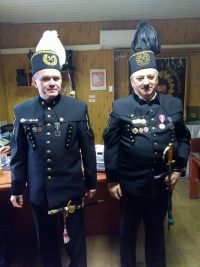 NGO Bankwatch has organised a tour with half a dozen journalists. It was due to include a visit to the closed mine, but permission was withdrawn at the last minute over “security concerns”. “The company thinks you are eco-terrorists,” says Chwiluk with a chuckle.

Our intentions are non-violent, but cultural differences with our hosts become clear at lunchtime when half of the group turns out to be vegetarian, eschewing the traditional meal of veal and dumplings. What about the (chicken) broth? Apologetic laughter and head-shaking. The kitchen at the mining social club graciously produces a meat-free alternative.

Still, Chwiluk gives the media a warm welcome. “I believe we have to speak loudly about these problems so that whoever comes next will not make the same mistakes,” he says.

Many of the union talking points are identical to those of the industry: domestic mining is important to energy security; renewables are unreliable; with carbon capture and storage, coal can be clean. One of the four former miners to join us for lunch objects vigorously to wind turbines, seeing them as a threat to his pet pigeons.

Transforming the energy system is possible. The UK, where Climate Home News is based, reduced coal generation from 42% of the electricity mix to 7% in just five years.

Chwiluk’s response needs no translation: “Arthur Scargill”. Citing the prominent British mining union leader of the 1980s, he points out the UK’s coal transition also came at a social cost. Some communities, which he has visited in solidarity, have yet to recover from losing their mines.

Now its core business has been gutted, much of ZZG’s activity in the town is outreach to schools. The former miners dress up in uniforms complete with medals, sabres and ceremonial hats, to talk about the industry’s history. 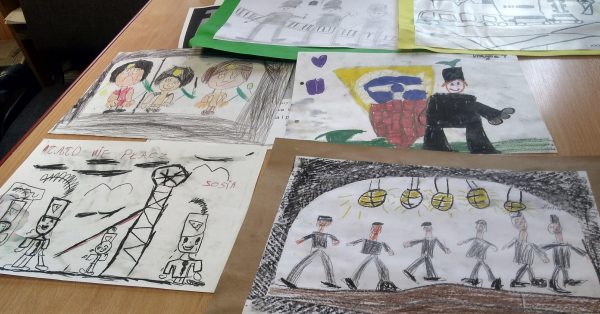 Drawings by pre-school children in Zabrze, around the closure of the nearby coal mine. “Tato nie płacz” means “Dad don’t cry”

Many of the children have a family member in the industry and were affected by the mine closure. Some drawings by pre-schoolers are produced. “Dad, don’t cry,” reads the message on one.

They teach the children about their heritage, but these are not recruitment drives: even the mining unionists do not expect the younger generation to follow in their footsteps. “The work ethic in this region is one of the strongest in the whole country,” says Chwiluk. “Miners are very good workers, very well-disciplined, they are honest.”

Nobody, it seems, is having an honest conversation with the miners about the speed of change implied by international climate goals. Chwiluk reacts with astonishment to analysis finding the EU should phase out coal by 2030 to align with the Paris Agreement. “I cannot agree with what you say.” He accepts the end of the coal era will come, but sees 2050 as a realistic deadline.

In the absence of a positive vision for green jobs, the unionists’ prayer to St Barbara is to keep their – dangerous, dirty, but honest – industry alive.