Poland calls for ‘solidarity’ with industrial workers in climate talks

Island leaders reacted strongly to the host country’s emphasis on workers, reminding them of their own dire predicament 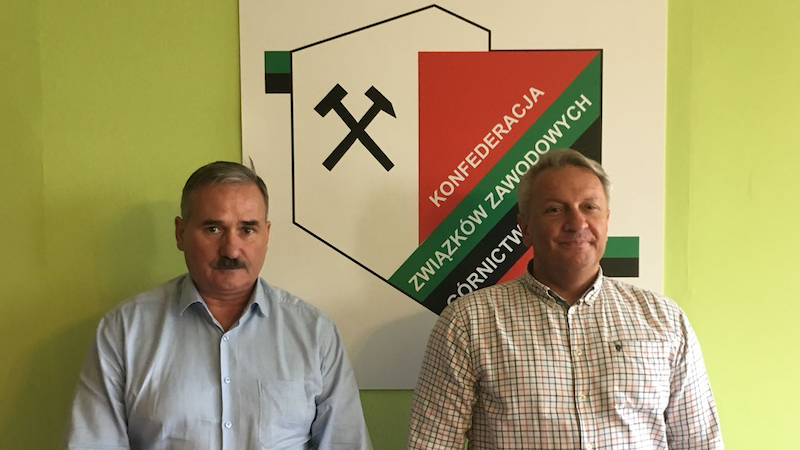 Polish leaders delivered a clear message on Monday: climate change must be tackled, but not at the expense of the coal workers who built the industrial city that is hosting this year’s Cop24 summit.

By holding this year’s UN climate negotiations in Katowice, a city in the coal mining region of Upper Silesia, the Polish government put the spotlight on its call for a “just transition” for industrial workers who risk losing their jobs with the shift to cleaner energy and operations.

“‘Solidarity’ and ‘just transition’ – the language is key to making acceptable [climate policy],” Polish president Andrzej Duda said in a speech to the plenary on Monday.

“One of the challenges we have to face and continue to face is how to reconcile economic growth with taking care of the environment,” he added later. “The choice we are making is not between jobs and the natural environment but whether we are going to keep both or none of them.”

The Polish government also launched a European Union-backed declaration on Monday calling to support regions and cities like Katowice that will be affected by the shift away from fossil fuels. International union groups welcomed the message.

The new summit presidency’s comments stood in sharp contrast to speeches from the small island countries, whose leaders stressed that their people are already suffering – not from climate action, but inaction.

The leaders’ speeches kicked off two weeks of intensive negotiations over rules to make sure countries meet their pledges under the 2015 Paris climate agreement. The strength of the rules will largely determine how the political goals set in Paris are actually implemented – making Katowice the perfect setting to highlight the challenge of maintaining economic growth while shifting away from old, polluting industries.

– What are we doing in Katowice?

Katowice was home to as many as 14 coal mines in the 1980s, and two now. The Cop24 conference centre sits next door to one of the shuttered mines, which has been converted into a museum.

But Katowice is also “one of the greenest cities in Poland”, with forests covering more than 40% of its area, Duda said. The modernisation of plants is leading to “environmental improvements”, without disrupting energy security.

The city’s remaining coal workers “need reassurance they are along for the transition”, said Michał Kurtyka, Poland’s Cop24 president. “They need rules – transparent, implementable – and a system of support for the role they are asked to take.”

While the rulebook will be crucial to monitoring progress towards the Paris goals, some countries want the Cop24 to also set the scene for all parties to raise their commitments by 2020. Current pledges would only limit global warming by 3-4C by 2100; the Paris accord calls for well below 2C, and ideally 1.5C.

Duda made little mention of the discussions due to be held in Katowice, although Polish environment minister Henryk Kowalczyk said the summit will “take stock of all the wealth of views, expectations and proposals for action”.

But it was the small island countries that put the strongest emphasis on increasing efforts.

“It is essential that the contributions presented in 2020 significantly raise the bar of ambition,” said Baron Divavesi Waqa, president of Nauru, in Micronesia. “After a quarter century of negotiations we are further away from our goal of stabilising greenhouse gas emissions than we have ever been. I will resist the temptation to brand our efforts a dramatic failure.”