Environnement Jeunesse is leading a legal action on behalf of under-35s to demand faster emissions cuts, in line with a 1.5C global warming limit 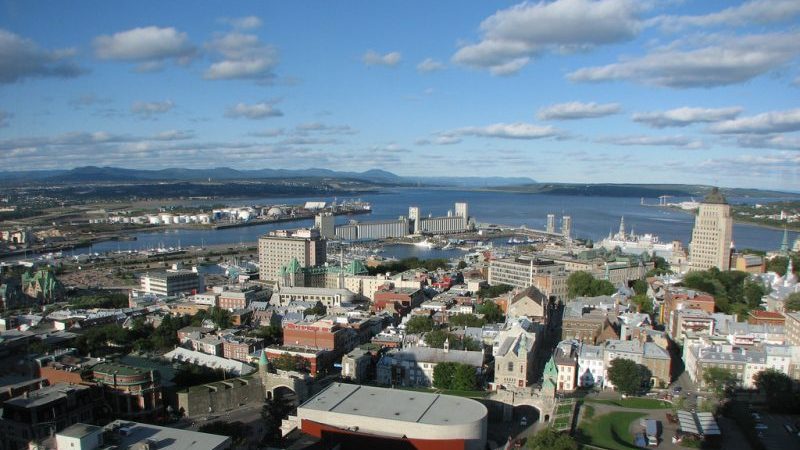 A group of young people from Québec are taking the Canadian government to court to demand stronger climate action.

Environnement Jeunesse (Enjeu) alleges federal authorities are infringing on the younger generation’s rights by setting inadequate carbon-cutting targets – and failing to take the necessary action to meet them.

The law firm Trudel Johnston & Lespérance, acting pro bono, applied to the Superior Court of Québec on Monday to bring a class action, which Enjeu said was on behalf of the province’s under-35s.

“Despite the abundance of scientific studies pointing in the same direction, the Canadian government is failing in its duty to take action against climate change,” said Catherine Gauthier, the 29-year-old executive director of Enjeu.

“Instead of accelerating a green transition, Canada is subsidizing oil companies and purchasing a pipeline in our name. We demand that our rights and those of future generations be protected and respected.”

A handful of young activists added their voices to the campaign launch. Bernadette Veilleux-Trinh, a 17-year-old student, said: “The government of Canada funds and protects an oil industry whose activities harm the environment and release greenhouse gasses. In this way, it is jeopardizing future generations’ ability to meet their needs and is contributing to the suffering of populations that are already experiencing the consequences of climate change. It’s time for my government to take responsibility and stop violating the rights of young people.”

Under Justin Trudeau, the Canadian government has signed up to the Paris Agreement and pledged to cut greenhouse gas emissions 30% from 2005 levels by 2030.

Its main policy has been to introduce carbon pricing, but to get that passed the administration struck a political bargain with provinces to back a controversial pipeline to deliver oil from Alberta’s tar sands to the coast.

Earlier this year, the government nationalised the Trans Mountain pipeline, despite having signed up to a G7 pledge to phase out fossil fuel subsidies.