Colorado governor-elect has US’ most ambitious renewable goal

Jared Polis’ promise to phase out fossil fuel electricity by 2040 would be the fastest target in any state, as the midterms returned mixed results on climate policy 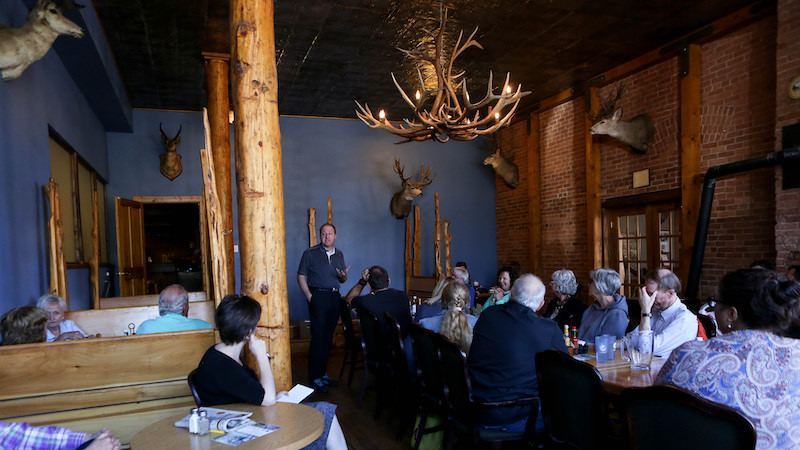 Colorado is set to join a growing list of US states setting world-leading climate targets in the face of federal inaction.

Jared Polis, a Democratic congressman from Colorado who was elected governor in Tuesday’s midterms, has promised the state will run only on renewable power by 2040.

That would phase out fossil fuel generation in Colorado even faster than in California and Hawaii, which both recently introduced a 2045 goal.

“In the absence of national leadership from the White House, it is up to states like Colorado to chart our course for energy freedom,” Polis said on his campaign website. He claims that reaching the target will create tens of thousands of jobs and cut energy bills by 10%.

In August, the state approved a proposal from utility Xcel Energy to close two major coal plants and mostly replace them with renewable energy. The plan would cut coal’s share of electricity generation in the state from 44% to 24% by 2026, according to the Denver Post.

Colorado is the sixth largest producer of both gas and oil in the US. Oil production in the state has quadrupled since 2010. In 2014, Colorado became the first state to set standards to control methane pollution from the industry.

But during voting on Tuesday, Colorado voters rejected a proposed law change that would have stopped new wells being opened within 2,500 feet of schools and homes. That would have affected industry prospects on an estimated 85% of non-federal land. In the campaign, Polis said he opposed the measure.

That defeat for pro-climate legislation was mirrored in Washington state, where an attempt to set a $15 per tonne tax on carbon pollution also lost.

May Boeve, who leads the campaign group 350.org, said the industry war chest had tipped the vote against both proposals.

“The same oil and gas companies that have been sowing doubt about climate change for decades are infiltrating our democracy at every turn, from the ballot box to Capitol Hill. As we saw in Washington and Colorado, where we lost key climate initiatives, big oil and their allies will spend whatever it takes to protect their profit,” she said.

Elsewhere, the elections saw a cull of Republican members from a bipartisan congressional group that was set up to pursue tougher climate action. On Wednesday morning at least 19 of the 45 Republicans on the Climate Solutions Caucus had lost or vacated their seats, with another six in seats that remained uncertain.

Carlos Curbelo, a moderate Republican who co-chaired the caucus, lost Florida’s 26th district – one of the most vulnerable locations in the US to climate change – by just 3,602 votes. Curbelo was a rare Republican advocate for bipartisan action on climate change in the house. He called for a US-wide carbon tax earlier this year and released attack ads during the campaign that claimed without evidence that his Democratic opponent’s campaign was funded by “dirty coal money”.

However the opponent, Debbie Mucarsel-Powell, once worked for a coral reef NGO and has said South Florida is “ground zero” for global warming.

The midterms also displaced one of Congress’ most vociferous climate sceptics. In California’s Orange County, Dana Rohrabacher lost the seat he has occupied for three decades. In an interview last week, Rohrabacher said: “The science is bogus, and the movement itself is financed and directed by leaders who are seeking global government.”