A California summit of business, city and state leaders ends with a call on national governments to increase their pledges to the Paris climate deal 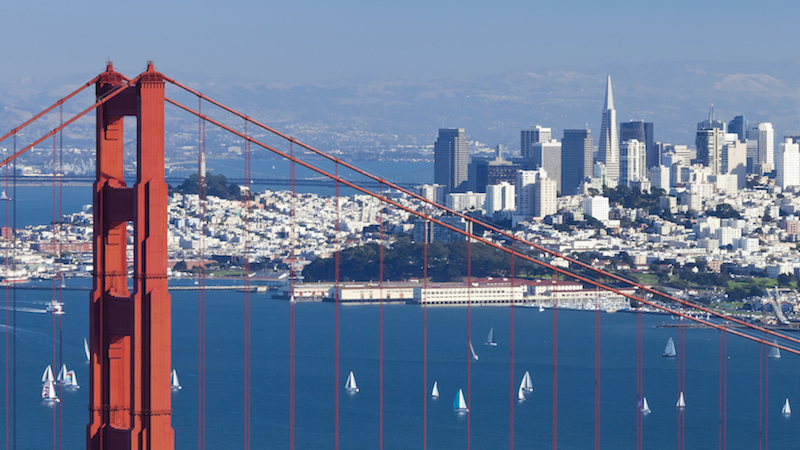 By Karl Mathiesen in San Francisco

Cities, states and business from around the world will call on national governments to redouble their efforts to fight climate change, as a summit in San Francisco ends on Friday.

The ‘call to action’ will ask nations to update their pledges to the Paris Agreement at a meeting hosted by UN secretary general Antonio Guterres in one year’s time in New York, according to organisers of the Global Climate Action Summit.

Currently, the collective pledges under the Paris Agreement set the world on course for a disastrous level of warming.

The emergence of ‘subnational’ actors in the fight against climate change comes as UN talks between countries are mired in technical struggles over the rules of the Paris Agreement they signed in 2015.

WWF’s Manuel Pulgar-Vidal, a former Peruvian minister who was on the summit’s advisory committee, said national governments would have “the wind at their backs” and be able to strike a deal on the rules when they meet in Poland in December.

Brown and Bloomberg: Even without the Trump administration, the US is upholding the Paris Agreement

If the rules for the deal can be agreed, then attention turns to how fast countries are using it to cut emissions. Deeper cuts to greenhouse pollution “really rest on the generation of political will from the ground up”, Elliot Diringer, executive vice president of the Center for Climate and Energy Solutions, told Climate Home News.

Mayors and city officials CHN spoke to said they felt pressure to act on climate change because they were in direct contact with its effect on people.

Milanese mayor Giuseppe Sala said the commitments made at his level of government could drive action higher up.

“If we do something good in a city then the government can be pushed to copy that,” he said. “If I fly back to Milan and I tell the journalists and people I want to do this and that because I agreed with the other mayors of main cities of the world, I will be stronger.”

The gathering this week, which was organised by California governor Jerry Brown, saw a host of announcements coming from what participants dubbed the ‘real economy’.

The summit, as a concept, predates the election of Donald Trump. But limiting the impact of his presidency was the dominant narrative in San Francisco. Brown said Trump’s roll back of pollution regulations would lead him to be remembered as a “liar, criminal, fool”.

“In the US right now it’s not happening at the national level,” said Dan Zarrilli, chief climate advisor in the New York mayor’s office. “This is everyone else coming together to fill that void.”

To that end, 3,000 US states cities and business have promised to cut down on carbon. A report released in San Francisco found current commitments would bring US emissions 17% below 2005 levels by 2025 – the US Paris pledge was 26-28%.

One of the architects of the Paris Agreement, European Climate Foundation CEO Laurence Tubiana said the evidence that many cities and states from around the world felt bound to the climate deal their governments had signed “in my view is a major shift in global governance”.

The various pledges will be uploaded to a UN website, but Tubiana said there was is “no proper system” of accountability or measuring them against “counter forces”.

“I think that the worst problem concerning this myriad of commitments is that you don’t know how significant they are for the real economy,” said Tubiana.

“Yes, you want to guard against bullshit greenwashing,” said Diringer. But he added: “We can’t really create systems to track and measure it all, you just need to do it… It’s too late to create the perfect system.”

Let down by Trump on climate, China goes around him in California

The summit was dominated by commitments from the developed world. The mayor of Durban Zandile Gumede told a press conference 60% of her denizens were without reliable electricity.

She said: “We have not reached the peak emissions and we do not intend to”, but added that she was trying to find a cleaner future for her city.

Outside on Thursday, protesters blocked entrances to the downtown conference centre. More actions were planned for Friday, organisers told CHN, to highlight the fact that the conference was only addressing emissions and not the production of fossil fuels. Much of the anger was directed towards Brown’s licencing of new oil and gas fields as governor.

“They are trying to solve [climate change], as long as they are making money,” said Roberto Lopez, a protester who was handing out badges to delegates as they arrived.