Kosovo C is the last exception to the bank’s policy against backing coal plants, but a new assessment looks set to favour renewable alternatives 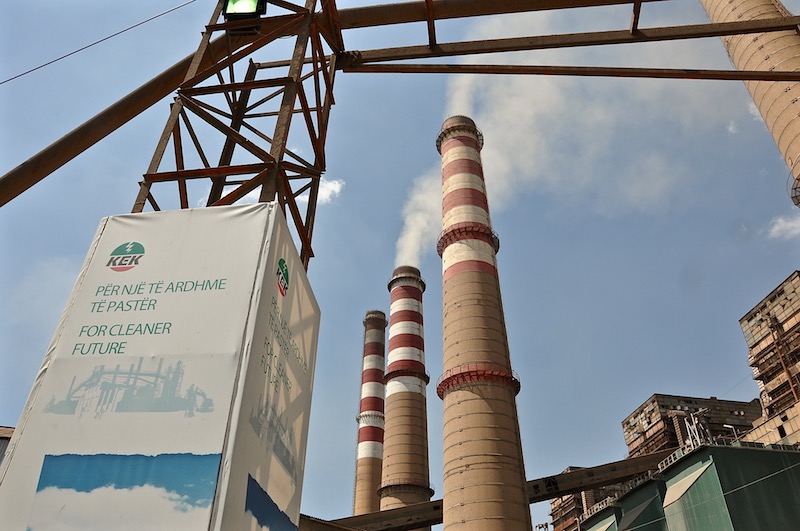 The proposed plant would replace Kosovo A power station (pictured), which is 48 years old and frequently breaks down (Photo: Karl Mathiesen)

The World Bank is reassessing its support for the only coal power plant project left on its books.

The bank was considering guaranteeing loans to the Kosovo C lignite-fired power station, proposed to be built just outside the Kosovan capital Pristina. It was the last exception to a policy against backing coal projects.

But on Wednesday, a World Bank spokesperson told Climate Home News it was finalising work on a study of the country’s options for rebuilding its crumbling power sector.

The bank conducted a similar study in 2011 and concluded that a new coal power station was the preferred option to supply Kosovo’s electricity.

The spokesperson hinted the bank may be reassessing that finding.

“The pace of technology change in the energy sector is moving fast, especially in renewables, such as solar, wind, and storage, where prices continue to decline. Our analysis is taking into account these developments and we are keeping the government informed,” he said.

Climate Home News tried to contact Kosovo’s minister of economic development Valdrin Lluka but he did not respond.

“We discussed energy projects in Kosovo and the support of the WB toward the econ[omic] dev[elopment] of the country, with focus on the dev[elopment] of energy sector,” Lluka tweeted later.

I had the pleasure to welcome the VP of World Bank, Cyril Muller and Senior Director and Head of Energy at WB, Riccardo Puliti with whom we discussed energy projects in Kosovo and the support of the WB toward the econ dev of the country, with focus on the dev of energy sector. pic.twitter.com/YIuAs75aqP

Visar Azemi, co-ordinator of the Kosid, a network of Kosovan NGOs, said: “The price of renewables has been going down repeatedly every year, so we have a completely new reality now.”

Azemi said a combination of renewable energy, energy efficiency measures and interconnection from Albania would make better economic sense for the country.

He told Climate Home News that Kosovo’s dream of inclusion in the EU would have been damaged by the project.

“The only way for Kosovo to join the EU in the near future is to move this way… Otherwise we would have been penalising the new state of Kosovo with dirty energy and putting it on the wrong pathway,” said Azemi.

The project has long been championed by the US embassy in Kosovo. US-owned company ContourGlobal won a single-bidder tender to build the plant.

In December, ContourGlobal and the Kosovo government signed a deal, including a power purchase agreement, for the plant. Construction was due to begin in “late 2018 or early 2019”.

ContourGlobal said it would not comment before the World Bank’s decision was made final. The US embassy in Kosovo did not respond to a request for comment.

In 2013, the bank adopted a policy to only fund new coal projects in “rare circumstances”. Despite this, the World Bank’s Kosovan branch has aggressively pursued the Kosovo C project.

Kosovo’s situation is indeed difficult. Years of war in the 1990s, followed by a chaotic period of reconstruction, have left the country’s electricity system 97% reliant on two Yugoslavian-era stations.

Blackouts in Pristina are common and air pollution around the plants and the giant open-cut mine that serves them is some of the worst in Europe. Kosovo has the world’s fifth biggest lignite reserve. Locals call the brown, crumbly mineral “ari i zi” – black gold. 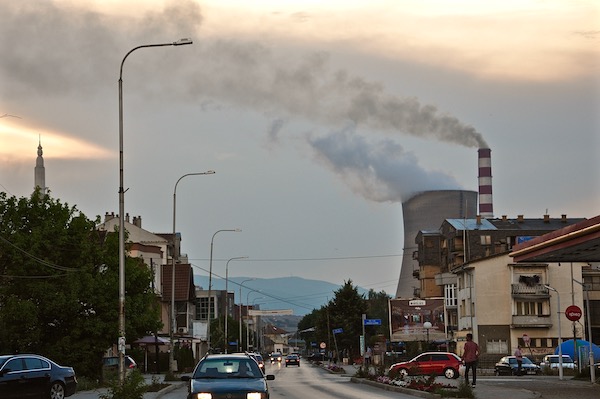 Obilić, 5km outside the Kosovan capital Pristina, is surrounded on three sides by two old coal power plants and a coal mine. A third plant would be situated close by (Photo: Karl Mathiesen)

In the past year, Kosovo and Albania have moved forward with an interconnector project that would see the countries sharing energy via a transmission line. Azemi said this was an important step to liberalising Kosovo’s state-run electricity market.

Last year the World Bank said it would phase out finance of oil and gas extraction, citing its commitment to fighting climate change.

The bank’s efforts to distance itself from fossil fuels place it on difficult footing with the current government of its major donor and most influential member, the US. Under Donald Trump, the US has pursued a foreign policy that promotes US energy interests around the world, including fossil fuel companies.