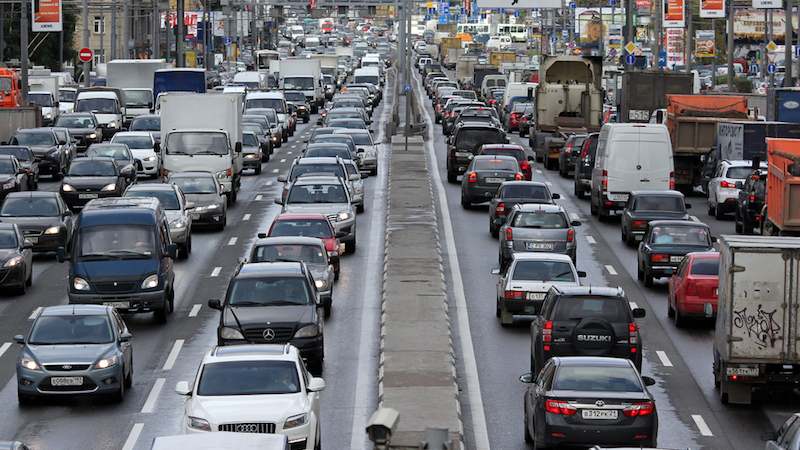 There is nothing to fear and everything to gain from combatting climate change, if only governments stop standing in the way.

That is the conclusion of a landmark report released on Wednesday, which said a green economy could reap at least $26 trillion by 2030, compared to continuing with the current policies.

“We are at a unique ‘use it or lose it’ moment”, said Ngozi Okonjo-Iweala, former finance minister of Nigeria and co-chair of the commission behind the report. “Policy makers should take their feet off the brakes, send a clear signal that the new growth story is here and that it comes with exciting economic and market opportunities.”

Penned by the Global Commission on the Economy and Climate, a body made up of former heads of governments and business and financial experts, the report urges governments to act in the next two to three years across the five economic sectors of energy, cities, food and land use, water and industry.

Key recommendations include higher carbon taxes, sustainable transport systems and climate targets in the private sector. Governments should also ensure the benefits are fairly distributed across society, said the authors.

Such moves could create over 65 million new low-carbon jobs in 2030, equivalent to today’s entire workforces of the UK and Egypt combined. Seven hundred thousand premature deaths from air pollution could be avoided in 2030.

That is providing policy-makers move out of their current impasse, said the report.

“There are some real roadblocks,” said Helen Mountford, programme director of New Climate Economy, the institute that organised the report. “Governments continue to give subsidies to fossil fuel production and consumption to the tune of $373 billion per year from 2013,” she said. “They’re also continuing to support agricultural subsidies at the rate of $519bn on average in recent years. These are significant subsidies to go towards harmful activities, and yet we have other policies which are moving towards the low-carbon economy. That does create inconsistency.”

On the Paris Agreement, the commission stressed that national climate change pledges fall short of what is needed to keep the temperature well below 2C. In June, EU climate chief Miguel Arias Cañete indicated Europe might raise its pledge from “at least 40%” to 45% emissions cut by 2030. UN talks taking place this week in Bangkok will discuss how all countries can commit more.

Felipe Calderon, former Mexican president and honorary chair of the commission, said: “This is more than just a report. It is a manifesto for how we can turn better growth and a better climate into reality. It is time we decisively legislate, innovate, govern, and invest our way to a fairer, safer, more sustainable world.”

Mountford hopes the report ‘Unlocking the Inclusive Growth Story of the 21st Century’ will be as influential as the 2006 Stern Review, the most widely known economics report on climate change by Nicholas Stern, chair of the Grantham Research Institute on Climate Change and the Environment. Stern was a contributor to the latest piece of research.

“In the Stern review the costs of action were high and we needed to move and take action because of this,” said Mountford. “That’s still true. We’re even more aware of the risks of unabated climate change today. But now we also have strong economic reasons to make this shift, beyond the climate risks.”

“We’re actually saying that going low-carbon will be better for the economy, than continuing business-as-usual.”